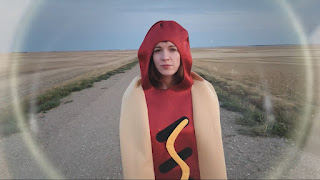 Recently, Megan Nash shared the new single “Coffee” from their upcoming LP, Soft Focus Futures, arriving November 3 via acronym. Now the Saskatchewan songwriter is revealing the video for the track.

“Once again, I am collaborating with the wonderful Andrew Friesen (‘My Own Heart’, ‘Artifact’, ‘Wait’) on a music video,” says Nash. “My friends and I filmed footage during the Summer of 2021. We had all these little snippets of friendship and I wanted to tie them all together with some footage of me singing the song.

This song is so vulnerable for me. And sometimes being open and vulnerable can just make you feel silly and uncomfortable. I wanted to look like how I feel singing this song. So here it is - a video of a hotdog singing lyrics about being worried that someone will leave them once they find out they have anxiety. Hope you enjoy this video. It's a snapshot into my life and who I am - equal parts serious songwriter and total goofball.” 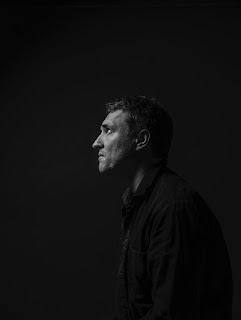 Jonny Woolnough - A Fish Upon A Line.

Following on from the enormous success and praise for his recently shared efforts ‘A.A. Gill’, ‘2666 (Love Is On Its Way)’, ‘You’ve Got That Look’ and ‘Mayurqa’ in recent months, fast-rising singer and songwriter Jonny Woolnough continues the support for his highly-anticipated debut album, also called ‘Mayurqa’, with the soaring new effort ‘A Fish Upon A Line’.

Channelling a sweet and atmospheric direction on this new offering, ‘A Fish On A Line’ showcases more of the new record’s more tranquil and endearing moments. With its light and euphoric production, subtle piano-led composition, and his own powerfully distinctive voice leading the charge, his newest gem marks a rich and powerful addition to his forthcoming full-length, and delivers one truly magical experience throughout.

Speaking about ‘A Fish On A Line’, Jonny said, “It was an attempt to write a classic Gershwin-esque ballad. It’s metaphorical, choosing between giving up or carrying on, life and death. The chords are beautiful.”

Originally written and conceived whilst living between mainland Spain and Palma De Mallorca during 2018/19, his new album ‘Mayurqa’ documents a self discovery and emotional rebuilding of sorts. Jonny took an indefinite break from making music after forming the critically acclaimed bands Tomartyrs and The Bazaars, and as touring guitarist for Finley Quaye. ‘Mayurqa’ constantly hints at its place of conception, yet draws its deft, classic beauty from Woolnoughs obvious deep pallet of influence. 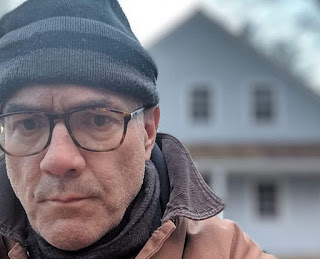 Alt Country/Alternative Rock Artist Seneko has announced the release of his 4th EP entitled "'69 Camaro", out now via Torrez Music Group. This new release finds Seneko plugged in with a guitar-focused rock sound, likely inspired by some of his own favorite bands, Wilco and The Jayhawks, the latter whom he's seen live over 20 times. Expect strong song craftsmanship, jangly guitar melodies and impeccable production from this inspired 5-track collection recorded at Nashville's County Q Studio.

Stan "Seneko" Olshefski's music been described as "Think country meets Radiohead" by Wail Music Magazine and featured in the Huffington Post, who wrote "Seneko brings to mind the whimsey of the Gin Blossoms".

From the Artist: I really wanted to make something fresh and have always wanted to do a guitar driven Rock record - So I did. The down time during the pandemic gave me an opportunity to write a lot so there was plenty to choose from. I also helped produce it along with Mike Purcell and Paul Scholten which was a first for me and a total blast. I went back to the the studio (County Q, Nashville) where I made my first record ("Seneko") mainly because co-producer Paul Scholten is also a drummer and I really wanted his powerful driving beat. Plus Paul works with Luis Espillat, a terrific bass player who layered in very cool bass lines and provided the BGVs. Jon Conley, the guitar BEAST, lead the charge and cranked it up - I'm really thrilled with the result. At the same time beyond of delivering a big rock vibe, I wanted my vocals to not get lost because the songs tell five little stories so they're right up front. 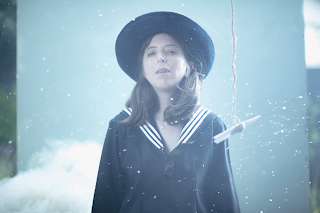 French for Rabbits - Walk the Desert.

New Zealand's French for Rabbits are in a constant state of creation with their warm and nuanced music. Their songs and accompanying videos are the result of the masterful storytelling that we've come to expect from the group, and the dynamic they've built together over nearly a decade. Today, the band have shared "Walk the Desert," the fourth and final taste of their stellar new record, The Overflow, out November 12th via AAARecords (NZ/AUS), Reckless Yes (UK) and A Modest Proposal (Italy). The album will be released digitally, on CD and limited edition vinyl (with two unique colour variants out of New Zealand and the UK).

"'Walk the Desert' is another song that fits into the canon of this album – it’s about big feelings, and trying to keep them contained. That feeling that if someone asks if you’re alright, you know you’d burst into tears," front-woman Brooke Singer explains of the emotive lyrics.

The Overflow was recorded with NZ producer/musician Jol Mulholland (Tami Neilson, Neil Finn, Delaney Davidson, Troy Kingi) in Wellington at The Surgery and in Auckland at The Lab, with mastering by Carl Saff in Chicago. The result on "Walk the Desert" is premium indie-pop, that Singer has proclaimed her pride in, "I think we’ve managed to create our biggest, most solid pop song, and I’m really proud of that."

On the new album, the group sweeps forward with their most dazzling body of work to date. Written and recorded mostly in 2020, the songs on The Overflow cover a wide range of relevant topics, with the common threads of introversion and anxiety woven throughout. "The Overflow is our album for introverts and deep thinkers - it is sort of a constellation of all the different ways in which someone can be anxious.