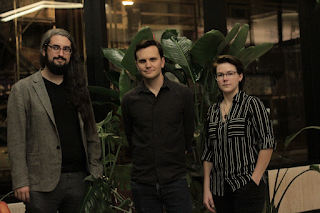 Taxiway releases “Four Star,” a song for late-night lonely hotel rooms, October 21 on Seven Plates Records. It is off the album, Absence, due out November 5. The single partially inspired by the film “Up in the Air” depicts a drunken conversation with a hotel’s front desk and the broader message that everything is temporary.

The song tells the story of a man who travels frequently for his job and learns that his company plans to lay him off and replace him with the overseas workers he’s been training. He runs up an enormous hotel room service tab and charges it to his company credit card out of spite. The song’s rolling snare gives a marching undercurrent of war waged on the soon-to-be-former employer. It serves as a reminder that a comfortable way of life can be one phone call away from completely falling apart. And corporate America will cut you loose without a second thought if it results in a temporary boost in their stock price.

The album is bookended by songs where the narrators feel unseen, unnoticed, and unappreciated. The characters in these songs aren’t just looking to leave; They want other people to *feel* their absence. The songs and atmospheric music that accompanies them, invoke the lonely, unfamiliar world of airports, hotels, offices, and empty city streets, centered by narrators whose lives are in a state of transit. 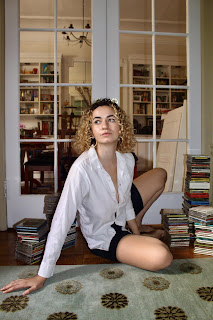 Now, after a college career studying jazz and playing in an R&B band, McCartney is preparing to release her genre-bending debut EP, How You Feel. Calling on her eclectic musical influences and experiences, the upcoming record generates an edgy, ethereal sound that celebrates McCartney’s buttery vocals and absorbing lyrical insights.

Rebecca is stoked to share her new single out on October 22nd. Here's what she had to say about it: "I wrote this song about a relationship that was softly suffocating. It was the feeling of, I love this person, but being with them takes up more of myself than I'm able to give, and I need to figure things out with a little more space. Like most of my songs, it started with me processing my emotions with my guitar and my voice, then turned into a more ambient soundscape when we produced it in the studio, something that was more evocative of the mellow sorrow of the song". 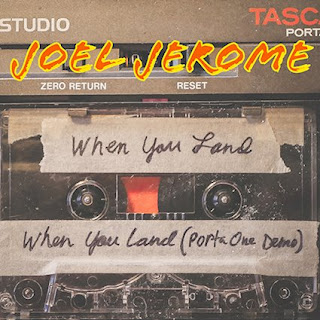 Joel Jerome - When You Land (Porta One Demo).

LA’s “Behind-the-Scenes Indie King” (LA Weekly) Joel Jerome has released the demo version of his new single “When You Land” as a stripped down, solitary performance. An off-the-cuff take, the “Porta One Demo” leans in close with its heartbreaking narrative, and without the orchestral flourishes of the polished studio version manages to find its own delicate wings to soar.

An artist who is no stranger to the other side of the board, Joel has a long history of recording himself and others, adding, “My life in recording music began with a simple four track and I still believe there is magic that it imparts on any sound, an intimacy and almost private one on one conversation with the listener. It’s like listening to someone singing to you over an answering machine message.”

Joel Jerome first gained acclaim with his pioneering South Bay indie band dios (malos), founded with his brother Kevin in Hawthorne, CA, also the hometown of The Beach Boys and Redd Kross. The release of their self-titled debut album in 2004 led to the placement of their music in the Fox series and early-aughts cultural juggernaut The O.C. Jerome has since established himself as a producer, engineer, mentor and champion for scores of up and coming LA bands such as Cherry Glazerr, while continuing to write, produce and release his own music.

“‘When You Land’ is about waiting for someone to come back from a dark place” Jerome commented. “Questioning your stamina in doing so. Hanging on to hope even though you know it may be pointless. Ultimately it's about the tender torture of unconditional love.”

Jerome’s first full-length album with Dangerbird is due out next year and is a stunning showcase for his vast gifts as a singer, songwriter and lyricist. Recorded and produced by Jerome and mixed by Rob Schnapf (Elliott Smith, Beck, Kurt Vile), the album shines a light on his creative journey as well as the unique mix of influences that shape his work: the timeless melodic pop (Beatles, Kinks, Beach Boys) and classic 70’s-era Mexican singer-songwriters that surrounded him growing up. 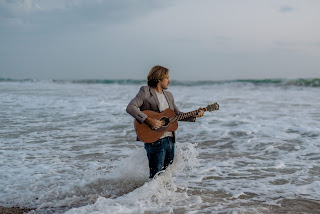 Emerging singer-songwriter, Zach Churchill, has just released his debut single, “Bartender.” The California native opens up about a near-death experience in a powerful ballad. The song is written out of gratitude for the bar manager who saved his life after finding him dying of an overdose on the bathroom floor. “Bartender” is available to download and stream on all digital platforms worldwide.

Zach Churchill balances raw, honest lyrics with moving instrumentals, resulting in a gut-wrenching portrayal of his battle with addiction. The swelling guitar alongside a driving drumline will captivate his audience as they are engulfed in the emotional undertones that vibrate through each verse. “In 2014, I overdosed on heroin at a bar after performing there,” Churchill explains his inspiration for the single. “Everyone left, and the bar closed. The bar manager was getting ready to leave when he saw the lights still on in the bathroom. He went to turn them off, but the door was locked. He got a key from the back office and returned to find me on the bathroom floor, dying.” The release coincides with National Substance Abuse Prevention Month and “Sober October”; two causes that hit home for Churchill. “If [the bartender] had just gone home that night without checking the bathroom, I wouldn’t be here today,” he states. “I have been sober from all drugs and alcohol ever since that event and it has completely changed my life. He gave me a second chance.” The song was written by Zach Churchill and Julian Coryell, who also produced and played on the track. Churchill also recruited Stevie Blacke on strings and Eva B. Ross on backing vocals to complete the sound.

With an expressively vulnerable voice, singer-songwriter Zach Churchill breathes life, love, and gratitude into absorbing narratives. His folk-rock style is influenced by legendary alternative and rock artists such as Elton John, Radiohead, and David Bowie. He attributes his vocal inspiration to jazz musician Chet Baker and Led Zeppelin singer Robert Plant. Churchill began singing as a child, learned how to play the acoustic guitar at age 13, and began writing songs a few years later. He earned a degree in Music Industry Studies from CSUN after studying vocal performance at Saddleback College and CSUF. "Bartender" is the first single off of his debut collection, Heartbreak and Hope.

“Bartender” is a folk-rock ballad that embodies the pain of living with addiction and the hope that recovery provides. 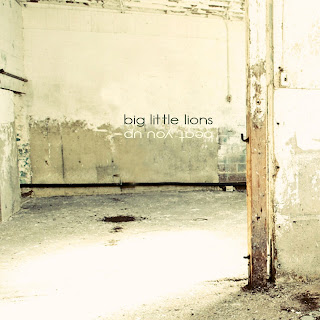 Big Little Lions - Beat You Up.

Big Little Lions continue their monthly releases with 'Beat You Up' (not in that way!).

"Beat You Up" is a calming song written as advice to ourselves, our loved ones and anyone else who beats themselves up over even the smallest things. A song telling us all to be kind to ourselves.

Beat You Up was written, recorded and produced by Big Little Lions who are Helen Austin and Paul Otten.