Bex - The Ghosts of Searchlight - Eric Anders and Mark O'Bitz 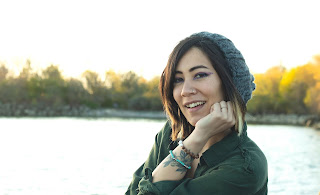 Bex - Startrails / Here for You.

A powerful lyricist with impactful song writing skills and undeniable talent, Bex has earned herself a highly coveted placement on Sirius XM’s ‘The Verge’ as well as a top 10 finalist spot in the Toronto Deputy Mayors Online Talent Search. With a love for sharing her aural masterpieces with a live audience, Bex has already played numerous acoustic shows at popular venues across Toronto and was a featured performer at the 2021 virtual Canadian Music Week. Her empathetic lyrics leave listeners feeling like they have experienced the moments she discusses in her songs, and her uncanny ability to inspire relatability from her audience has drawn well-deserved comparisons between her and the female megastars of the early 2000’s pop-punk scene.

With her dedicated and passionate fanbase cheering her on from the sidelines, Bex pairs her relatable, melancholic, and hopeful lyrics with upbeat, danceable tracks in an explosive way, and uses the creative process of constructing her debut album as a form of therapy, for both herself and her listeners. By telling her vulnerable and relatable story of self-discovery, Bex encourages listeners to dig deeper within their own emotions and become more self-aware, hoping that her music will act as a piece of advice that her young listeners can always come back to when they need some words of encouragement.

“Startrails” is an authentic reflection of Bex’s creative and empathetic mind. Drawing influence from the early 2000’s era megastars Michelle Branch, Avril Lavigne, and Lights, Bex has created a perfect combination of Indie-Pop, Folk, Rock, Punk, with modern electronic production, alongside lyrics and storytelling that remind listeners of their own experiences. After performing some of her newly-written songs to a virtual audience earlier this year, Bex connected with local producer James McLeod to work together on crafting and producing the entirety of her debut album. 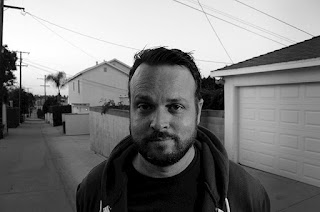 The Ghosts of Searchlight - Taste Of Freedom.

The Ghosts of Searchlight further innovate and evolve their signature heavy instrumental post-rock meets surf rock sound on new full-length album "Sprawl", out now. Somewhere between the roiling surf of the Pacific Ocean and the blinding lights of Las Vegas lies the expanse of the Mojave and the inspiration for the aggressive, surfy sounds of The Ghosts of Searchlight’s brand of instrumental post-rock. Guitarist Brian Horn hails from these places and the journeys in between.

The Ghosts of Searchlight were dead. A part of life that had to be discarded to make room for so many other things. But in the last year, as life ground to halt, there was time to decide what could stay, what could go and what needed to be reborn. Sprawl encompasses much of that sense of longing and taking inventory. It's what brought the Ghosts back to life.

The Ghosts of Searchlight sound is a fusion of aggressive surf melodies with modern post-rock counterpoints, which reflects the places that have shaped the band: the chaotic lights of Las Vegas, the serene beauty of the Mojave, and the siren's call to the shores of Southern California.

About "Sprawl": "Sprawl was a chance for us to take a step forward by stepping back. A chance to slow down, take our time with the music and allow moments to breathe."

"With Sprawl, we wanted to expand the Ghosts sound and branch into unexplored territory: a 4-track, some mandolin, strings, even a seven year-old beatboxing. We're usually a three-piece capturing live energy but this one was all about layering the sounds that either made up life around us at the time or haunted our dreams." 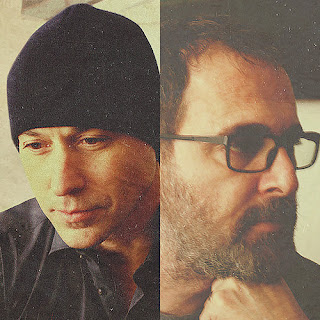 Award-winning Singer Songwriter duo Eric Anders and Mark O'Bitz continue their expansive MTC (music in the time of coronavirus) collection with the atypically electric full-length album "Stuck Inside". "Stuck Inside" is the third installment in the MTC collection.

Northern Californian singer-songwriter, Eric Anders, and southern Californian guitarist-composer, Mark O’Bitz, will release their multiple-song collection “Music in the Time of Coronavirus” in four installments. Their single, “Careful Now My Son”--the only truly Americana song in the collection--was released in December 2020.

All of the songs for this collection were written and recorded during the pandemic, and all of the work so far has been done remotely.  The same goes for almost all of the musicians who contributed. Eric, Mark, and Mike released a climate-change single, “Searise,” on March 5th, 2021.  Soon after they released the “Searise” music video by Basque artist Joseba Elorza (Greenday).  Eric and Mark wrote “Searise” with Eric’s daughter, Evelyn, when she was only eleven.

Eric and Mark took sixteen songs into the studio.  The four songs on their forthcoming EP, This Mortal Farce, were not directly related to one of the characters in Saunders’ novel so they thought a separate EP would be a better way to release these four songs.  This Mortal Farce will be Eric’s eleventh release (just counting EPs and LPs) and the duo’s fourth release.
Eric Anders and Mark O'Bitz · Stuck Inside

Bex Eric Anders and Mark O'Bitz The Ghosts of Searchlight