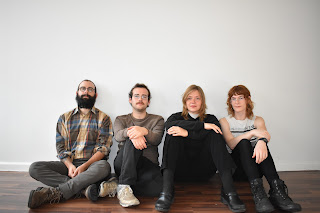 Baltimore band Tomato Flower have introduced themselves with a new single and video off their forthcoming debut EP Gold Arc, out February 11th, 2022 on Ramp Local.

"Red Machine" is a utopian pop song that envisions global transformation. With lyrics spanning the city and country toward a vision of worldwide solidarity, the single takes the form of a compact pop single to imagine a joyous future. Fittingly, the video -- directed and edited by the band's Austyn Wohlers -- is a panoramic vision of industrial and rural landscapes, focusing on images of movement and transfer. Blending images of industrial modernity with pastoral life, the video reflects the song's imagined future of a transformed city and country.

About Gold Arc: How might a Utopia exist? If the goal is social harmony amidst free-thinking citizens, where do the moral sets and ideals come from? It might include existing peacefully and respectfully with the natural world—agriculture and industry on an equal playing field. Maybe, an earthly utopia might not be what we expect. It might not be constant, and it might only exist in minute moments. For the Baltimore quartet Tomato Flower, utopia exists in the compromise between escapism and intellectual inquiry, between conceptual philosophy and pop-rock bliss.

Their debut EP Gold Arc finds Tomato Flower at multiple crossroads. Their sonic curiosity plays with tension between sweetness and a destructive heaviness. Conceptually, Gold Arc hungers for an alternate reality. Sometimes that is a “sustainable paradise,” as drummer Mike Alfieri puts it. Or, on “Lovers Arc,” it’s a desire to be loved constantly. “It's not that all these songs are straightforwardly positive, though,” explains Austyn Wohlers. “I think all of the songs are about longing for a different world and a different future. But, they take various shapes,” she says. “The song ‘Truth Lounge,’ for example, has a lot of pain and longing for a different world. ‘World to Come,’ has maybe a cultish edge to it.”

Chrystabell shares “Midnight Star,” the enchanting title track off her new album, which releases January 21 via Love Conquered Records. Accompanied by a music video starring wayward alien lifeforms seeking redemption amongst the crystal planets, the album’s opening track marks the start of a wide-eyed odyssey into the great beyond. The video was written/directed by Polish filmmaker and longtime collaborator, Archon, and featured this week at FLOOD Magazine, who said “The single slowly progresses from a collage of spacey sounds, from ambient synths to an energized string section, before erupting into a pulsing, dance-friendly beat.”

"The lights go down, the curtains go up and the musical quest of the album Midnight Star begins with the song ‘Midnight Star,’ setting the tone of high drama, mania and ultimately transcendence,” says Chrystabell. “The trip from impending doom to cosmic dance party takes under 5 minutes, so you can do it over and over again, without a shred of space trash.”

She continues, “When I asked Archon to direct, I knew he could take it way out. I was not disappointed. He meticulously manufactured an alternate reality, literally sculpting worlds with his hands to bring the vision to life. This is one of four videos he made for the record, this grand and bizarre voyage is just getting started.”

A sci-fi fantasia assembled as a collection of episodes, Midnight Star tells the story of a beneficent being seeking to save humanity from life on a troubled Earth. Chrystabell fully transports listeners into a dimension of her own making with a collision of post-disco, synth-pop and space-age psychedelia. Her unearthly storytelling permeates with a worldly insight, offering up tender instruction for living more ecstatically. BlackBook recently praised the debut single “Breathe Into Euphoria,” declaring “the new track gleefully draws on the enduring tenets of ’80s synth-pop, landing ultimately somewhere between Kate Bush and Nina Hagen – yet also sounding somehow spot on for 2021.” 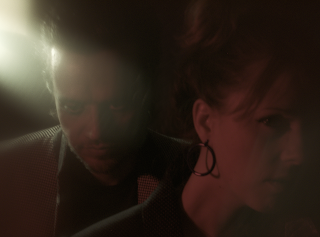 Twin Rains - All Of The Angels.

Toronto dream pop duo, Twin Rains, is about to release their sophomore album, Unreal City, but the mood is less than celebratory.

“This album almost didn’t get made,” says the band’s Jay Merrow of the new LP, the follow-up to 2016’s critically acclaimed Automatic Hand. Although the band’s first album established the duo as songwriters to watch —earning them a contract with Rough Trade Publishing and a song placement in a Seth Rogen film — the last couple years introduced physical and mental health struggles that almost unraveled the duo’s resolve to produce another work.

“It’s also been hard to find the energy to release it, to believe it even matters to put out music right now,” confesses singer Christine Stoesser. “I don’t want to add more confusion or pain to the world, but this is a ‘dark night of the soul’ kind of album. You could say I’ve been going through an existential crisis, something like that. And I don’t know if that’s relatable or just depressing and unessential.”
Twin Rains · All Of The Angels 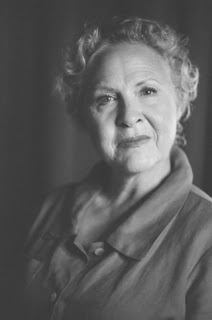 When vocalist and songwriter Julie Christensen first heard Nashville singer-songwriter Kevin Gordon perform, she instantly remembered the first time a song made her cry. Having built her career forging connections through song — including stints as Leonard Cohen’s backing vocalist — Christensen knows the value of a sticky melody and well-crafted lyrics. But Gordon’s artful music and cinematically sweeping, vividly drawn emotional and physical landscapes reached her on a deeper level; she recognized their terrain, because she’d traveled it, too.

Christensen and her band, Stone Cupid, recorded Gordon’s “Saint on a Chain” for their 2016 album, The Cardinal. But in 2020, she decided someone ought to record an entire collection of the Louisiana native’s songs. When she suggested it, she mentioned “someone more famous” should have the honors. “No,” he responded. “I’m glad it’s you.” The result, 11 From Kevin: Songs of Kevin Gordon, will be released on January 21, 2022 — Christensen’s birthday — on Wirebird Records.

Christensen fudged the numbers a little, turning “Heart’s Not in It” and “Down to the Well” into a mini medley. “I had 11 songs picked that I could hear myself doing,” she explains. “Then I realized I needed a song drawn from his Iowa experiences.”
Iowa is one place where they literally did travel the same terrain: both attended the University of Iowa. A Hawkeye state native, Christensen majored in Asian studies there. Gordon earned a master’s degree in poetry at the prestigious Iowa Writer’s Workshop program.

“You can’t sing a poem, and you can’t read a song,” Christensen asserts. “But the way he elides his words and melodies together, they’re just really haunting to me.”
Julie Christensen · 01 - Find My Way 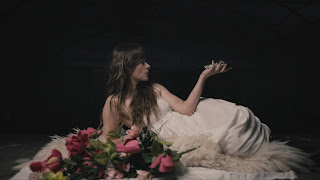 Still reeling from the gut-punch of the distortion filled lead single “Vale” released earlier this year, many of us wondered what a full-length LP by the Denver based artist would sound like. Using the dystopian fever-dream of the aforementioned Midwife collaboration as a noise floor, the 8 songs on Tender spiral upwards like worried smoke against a low cloud ceiling, reaching towards the light but always within sight of the loamy earth surface. Shepherding lush, heavy compositions by way of synths, keys, guitars and subtle percussion, Tender finds Allison Lorenzen at her most vulnerable. Nursing old wounds from the end of a relationship and her musical project School Dance, Tender is also filled a renewed sense of heartbreak-made-triumphant that comes after the wisdom of solitude, allowing oneself to be taken care of by family and friends and, finally, documenting the way through.

The way through figures heavily on Tender. Imagery of passages through liminal spaces are replete. “Vales” occur as emotional valleys as well as McCarthy-inspired end times, “Mirrors” are portals into deep self-reflection, “Tentacles” keep pulling us back into old patterns, old memories. Musically, this non-linear approach to healing is explored through songs that move from light to dark and back again, often within the same song, if not within the same phrase.

Lorenzen’s voice has an uncanny choral quality to it. Taking a phrase that would have sounded quite beautiful sung straight in her smoky, ephemeral delivery, Lorenzen frequently raises the stakes by taking a single word through several octave changes within the same breath. Treading similar musical paths to Beach House in her penchant for writing quiet, world-shifting crescendos, the nocturnal, Styx-guiding Dream Pop of Julee Cruise and the heavy, distortion filled guitars and world-weary vocals of Miserable and frequent Tender collaborator Midwife, Lorenzen’s work comes alive in its own cinematic universe.