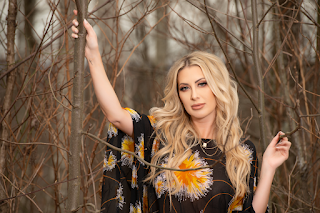 Drew Haley's emotional and heartwarming music video for her latest single "A Good Woman" has officially debuted just in time for the holidays.

Drew Haley's heart is permanently on her sleeve, but her latest single allows listeners into her childhood and her relationship with her mother. With a singer-songwriter flair and her signature lush vocals, Haley paints a vivid picture of her loving mother's sacrifices and lessons that the singer has carried with her throughout her life.

Through home videos, our hearts burst as we get glimpses of Haley’s ordinary yet beautiful childhood. These nostalgic moments are interspersed with shots of Haley today, reflecting on the impact her mother, Laura, has had on her. From the perspective of a daughter who was given a life full of love, "A Good Woman" fuses nostalgia with gratefulness. Despite all the sacrifices Laura made as a single mother, Haley’s lyrics reflect on the unconditional love she felt throughout her life.  As the chorus states, "nothing compares to the heart of a mother," and the raw footage used in the music video is palpably heartfelt.
In addition to such meaningful lyrics, Haley’s voice helps tell the story with her soothing tone and effortless runs. The simplistic instrumentation and light angelic background vocals add another layer of tenderness to the story. "A Good Woman" acts as a quiet voice that silences surrounding chaos and demands to be listened to. It will have everyone picking up the phone to call or driving across town to hug the special people in their lives.

"I truly enjoyed making the video “A Good Woman” with James McGettrick. I loved how we were able to incorporate old video footage of myself and my mother, Laura.  She was the inspiration behind this song and project," says Haley.

As 2021 comes to a close, Drew Haley reminds us to be grateful for the people who have shaped us into the people we are today. After the challenges and trials Haley has faced as a woman and mother, she has come full circle with "A Good Woman" and its touching message. 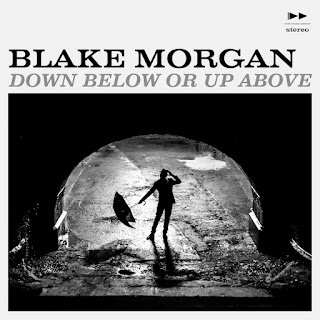 Blake Morgan - Down Below Or Up Above.

Directed by boundary-breaking NYC filmmaker and photographer Alice Teeple, Blake Morgan’s “Down Below Or Up Above” gives homage to classic Hollywood-era noir films. “The music video is like if Gene Kelly had starred in ‘The Third Man,’” says Morgan with a smile. “We shot in Central Park at night so I’m lit only by moonlight, street lamps, and a couple of flashlights when needed. Within ten minutes of shooting we were wonderfully unsure of what century we were in.”

Teeple and Morgan’s shared love of 1930’s and 40’s film noir––and specifically the work of directors Orson Welles, Fritz Lang, and John Huston––gave birth to the idea of the music video for Morgan’s new single. “Alice is a remarkable artist, she combines film techniques from ages ago and today, seamlessly. We looked at some of the videos Anton Corbijn’s made with Tom Waits which also have that feeling. We wanted something striking, something beautiful, but also something provocative and playful.”

The video released on all platforms yesterday. “Down Below Or Up Above” is the first single from Blake Morgan’s forthcoming new album Violent Delights, out May 20th, 2022 on ECR Music Group. 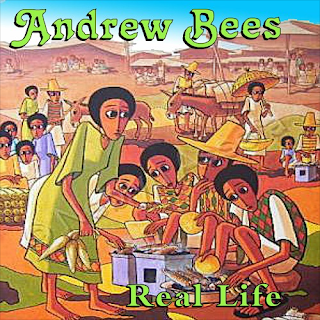 Whether as a formidable solo artist or in the role of charismatic frontman for legendary, Grammy Award-winning reggae band Black Uhuru for the past 25 years, Andrew Bees has played a significant role in the breaking down of cultural and socio-political barriers that have often kept Jamaican reggae stars out of the American mainstream consciousness.

Teaming up with SoCal independent label LAW Records for the release of his latest  solo release “Real Life” (Out Dec.10 2021), Bees now continues that legacy of bringing his personal brand of conscious roots reggae to a new generation of audiences and emerging reggae artists, while subsequently delivering a potent reminder of reggae’s capacity for social critique.

Characterized by wailing guitars pitched over a surging, trance-inducing groove and Bees’ wide-ranged and almost ecstatic vocal delivery of  lyrics that conjure the freedom of rolling down mythic American highways —the track’s upbeat sound  belies unspoken layers of meaning and the events that inspired the song.

Bees was travelling in Kenya with his wife and baby when the Covid-19 pandemic broke out in Feb. of 2020, and as such, he and his small family were among the first panicked waves of American citizens scrambling to board last-minute flights and hastily return home at the behest of the U.S. government.