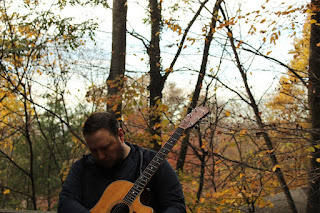 Flashback to early 2020: Maybe it was becoming a new father, the onset of a global pandemic, middle-aged malaise, or all three. A period of introspection led me to reevaluate what I value most in life, what brings me joy.

What I found was something was missing — music. Although a lifelong musician and longtime songwriter, I had let my passion for music take a backseat to my corporate career and other endeavors. I realized I needed to bring music back into the forefront, and that I had something to contribute creatively.

After buying some new equipment, transforming a spare bedroom into my home studio, dusting off some old songs and writing a few new ones, I set out on recording a body of work to represent my unique musical voice. The result is “It Started Last Fall”, my debut album of 11 original songs about love, setbacks and looking forward. I hope you enjoy the music, and greatly appreciate your interest and support!

Whilst Beehive Candy doesn't undertake in depth album reviews we have to say this is one beautiful collection of songs. Mark's distinct and engaging vocals are backed with a fresh and uncluttered musical backdrop. The resulting range of folk & Americana material is a joy to listen to. 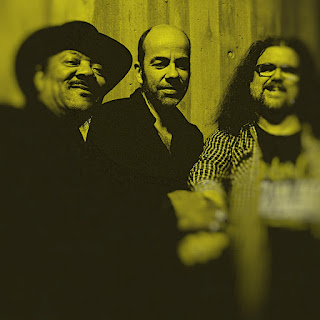 Between 1998 and 2019 Boo Boo Davis used to come and tour in Europe several times each year and most of music was written and recorded during these tours.

The current pandemic put that "tradition' on hold. But with the help of the internet and mutual friend Chris Brown in St Louis, the guys from ElectroBluesSociety (Netherlands) started to exchange idea's and demo's with Boo Boo in East St Louis (USA).

So despite the fact that they had the Atlantic Ocean between them, they were still able to write and record new music. Covid may be able stop live shows (for a while) but it can not stop the creation of new music.

Several of these tracks have been released as single releases earlier this year but here is the complete album. Twelve original tracks plus one remix by Rosé Sunset from France. 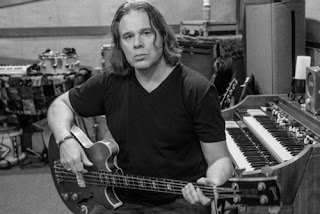 Singer/songwriter Tom Freund is set to release his cover of a 1995 song by one of his heroes, legendary U.K. pub-rocker Graham Parker. “Disney’s America” is out now on Spotify and other digital platforms. (The song is part of Freund’s forthcoming album, The Year I Spent in Space, which will be out early next year.)

Says Freund, “To me the song asks, “Where did America go wrong? … It’s a song for a lost Virginia and nation, one consumed with money, brands and division”: ‘Where we drifted apart like runoff into the Chesapeake Bay.’ Singing about it might bring hope and awareness for a better, more connected and conscious America.”

Freund and Parker share quite a history (apart from Tom growing up in New York listening to Squeezing Out Sparks on repeat as a pre-teen). The two first met on a Silos tour opening for Parker; Freund is an alumnus of the Texas-based roots band.