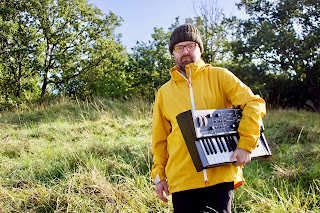 Rodney Cromwell - Get Me To Prague / Radagast The Brown.

Rodney Cromwell is the nom-de-plume of Adam Cresswell. Both tracks on this new single were recorded while Cresswell was in his first band SALOON that operated between 1998-2003. Saloon released three albums with Track & Field (UK) and Darla (US). They toured extensively in Europe, supporting the likes of STEREOLAB, ELECTRELANE, QUICKSPACE and OF MONTREAL. They are remembered mostly today for their 3 John Peel Sessions and four Festive 50 entries, including the number one in 2002.

‘Get Me To Prague’ was written and recorded in 1999 on a Yamaha four-track tape recorder using a bomtempi organ, casiotone and Moog Rogue. Recorded in a single evening, the track is an exploration into proto-germanic electronica in the style of Ralf & Forian era Kraftwerk.  Taking 22 years to get a mix he was happy with, Cresswell cites this as because “I didn’t like the snare sound.”

In 2001, Saloon were asked to offer a track for a tribute to a ‘The Lord of The Rings’ album. The rest of the band were less-than enthusiastic, but for Cresswell, for whom the Spectrum computer game of ‘Rings’ had been a formative experience, it was an offer too good to refuse. In lieu of a proper studio, ‘Radagast The Brown’ was composed one Saturday afternoon in 2001, on the bed of his girlfriend’s grandfather, while he was out watching a Reading FC home game. Also recorded in one sitting, the song was made on a minidisc 8-track recorder, using just a Casiotone keyboard and a Korg MS-10 synth. It is another exploration into primitive chiptune electronica, with echoes of Plone, Jean Jacques-Perry or Gershon Kingsley.

Under his solo guise of Rodney Cromwell he released the LP 'Age of Anxiety' in 2015 and 'Rodney's English Disco' EP in 2018, with coverage in Electronic Sound, NME, Huffington Post, Impose, Paste, Record Collector, BBC6 Music and national RNE3 in Spain, for whom he recorded a live session. The debut album featured in scores of Best of Lists including Electronic Sound and The Electricity Club who named him ‘Most Promising New Act’.  His last single ‘Memory Box’ precedes an album of the same, to be released in March 2022; described as “pure hertz tone glory” by Post-Punk.com, it has had numerous blog features and radio plays, including national play from BBC 6 Music.

Happy Robots Records · RODNEY CROMWELL: Get Me To Prague 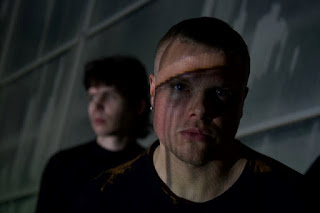 Tony's Tears - Gazing At The Border.

Stockholm synthpop duo Tony's Tears are following up their debut EP that was released earlier this year with the single "Gazing at the Border". It's the first single of the EP "Erasing Diamonds" that is to be released this spring. Tony's Tears saw the light during the pandemic and they are really looking forward to play a real show in their hometown on Xmas day!

Their music can be defined as cinematic indie that is flirting with the 80's together with "suggestive and electronic elements".

Alex och William about the song: The song serves as a scene in a larger story that fits within our upcoming ep "Erasing Diamonds". The text is like a look into an event where one does not quite know what has happened before or after. Which aims to instead directly jump into the middle of the dramatic curve.

Where we’re told about a situation where someone has been taken away and where the self in the song is powerless to do anything about the situation. The song is about a form of "we" and "them" drama. Where there is a superiority and an oppressed side. The sound image is intended a bit like a message from a VHF-radio that sometimes loses its connection and turns into noise with voices in the background and then reconnects again. 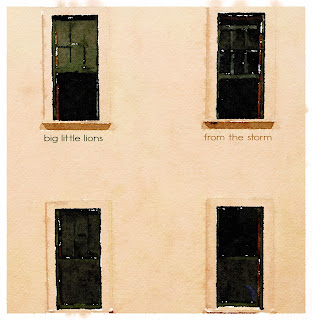 Big Little Lions - From The Storm.

From The Storm is written, recorded and produced by Big Little Lions who are Helen Austin & Paul Otten.The lyrics are reproduced below.

It’s getting late, a chill sets in
You hesitate, you’re wondering
If you should go
You’re so used to icy hands
That follow every frosty glance
You never know

Chorus:
You didn’t bring a coat
But I will keep you warm
I know I can protect you
From the storm

When the sun starts to shine
It’s still cloudy in your mind
Too scared the forecast might be wrong
So winter holds you
And winter told you
This is where you belong
Chorus.