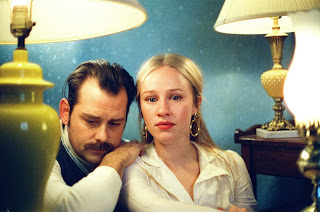 Clever Hopes - The Other Side.

A few years ago, Andrew Shaver directed the musical, Once, in Montréal. Eva Foote walked in to audition for “Girl,” the female lead, and blew him away. Every night after the show, the whole team would drink whiskey and play songs in the dressing rooms until the wee hours – including Andrew and Eva.

This was the beginning of a beautiful friendship and musical collaboration. A few months later, Andrew’s girlfriend flew home from Paris to tell him to pack his bags. Tired of the fighting, he did. He hit the highway out of Montréal and called his buddy Matthew Barber (who produced the album). The two of them spoke for hours as Andrew drove to Toronto.

This was the beginning of a new chapter for Andrew, that would see him bounce around a few winter sublets before heading to Australia to – as a buddy so wisely suggested – flip his chi. Artefact chronicles the journey of that flip. Clever Hopes was born when he got back to Canada and played those songs for Eva.

Clever Hopes · The Other Side 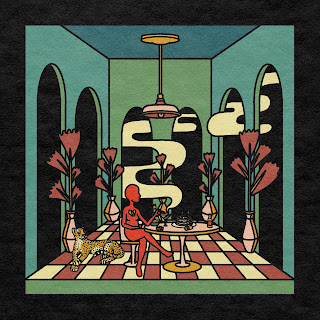 The third single from NYC band Dropper is a break-up anthem called "Ok Ok Ok" and it's out Jan. 21. "I think most people have gone through at least one breakup or had a friendship end that pretty much wrecked them for a little while. "Ok Ok Ok" is about going to a party and being hyper-aware of that other person’s presence. It’s about trying to overcome discomfort but in the process overcompensating and being (maybe just a little) petty. It’s about that desire to prove to that other person, and to yourself, that you’re okay when maybe the truth is, you’re not." -Andrea Scanniello

Dropper is the brainchild of Brooklyn multi-instrumentalist Andrea Scanniello, a lifelong musician and veteran of the NYC indie rock scene. Having played in local favorites like High Waisted, Stuyedeyed, TVOD and Russian Baths, Dropper shows Scanniello stepping into the spotlight as a songwriter and vocalist. She is joined by longtime collaborators Jono Bernstein (also of High Waisted), Yukary Morishima and Larry Scanniello.

The band will self-release their debut record, Don’t Talk to Me, in February 2022. Written and recorded pre-pandemic, the LP centers on the ennui and spiritual exhaustion that comes with working in the service industry and participating in a local scene: the drinking, the late nights, the shallow friendships born over too many beers and cigarettes. Scanniello wrote the record as she scraped by working odd bar jobs and even a bowling alley, a painstaking personal inventory of her life thus far, born of an ugly break-up and analyzing the habits and patterns that no longer serve her as she reaches the end of her twenties.

They say the record is for “People who have worked in the service industry too long and become curmudgeons at the ripe old age of 26. People who are lonely yet want to be left alone. People who drink because they are sad but also sad because they drink. Bisexuals with crumbs in their bed. Optimistic pessimists. Those with seasonal allergies. But overwhelmingly for people who, in lieu of being crushed by the eternal weight of existence, choose to scream internally with a smile upon their face.” In other words, all of us – every millennial struggling to remain true to themselves in a world as unrelenting as this one. 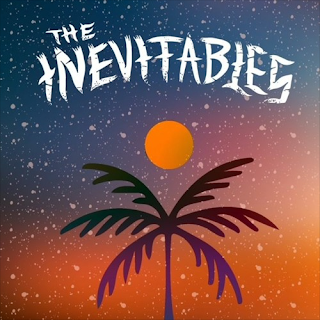 The Inevitables announce the start of Pre-Orders on Jan 21st for their new 7’ EP “Florida Moon” (EP release March 25, 2022 on LAW Records).

What if your love story was just beginning at the end of the world? Former Less Than Jake drummer Vinnie Fiorello and Westbound Train frontman Obi Fernandez of The Inevitables explore that question on their lovers rock-inspired new single “Florida Moon” (out now in advance of an upcoming 7’ EP to be released March 25, 2022).

“We wanted to write a love song about people who have only found each other just as their world is ending,” says Fiorello, “Are they going to fight for it? Or are they just going to say ‘why are we bothering to try to start something new when it's the end?’ When you're so deeply in love, yet things start to go awry, you have a choice whether you're going to fight for it, or whether you're going to succumb to the heaviness and just let it sink you”.

A multimedia project encompassing both comics and some fine ska music, The Inevitables story is based on a group of nobodies trying to save the world. While Fiorello and Fernandez have put together some great talents on both platforms, the aggregate on the music side also includes Matt Appleton (Reel Big Fish), Billy Kottage, John DeDomenici (Jeff Rosenstock, Bomb The Music Industry!), Alex Stern (Big D And The Kids Table) and Sean-Paul Pillsworth (Nightmares For A Week). Opening with the line ‘Are you running out of life to live under the Florida moon?’ the track’s stark juxtaposition of dark lyrical content and light, delicate melodies represents a spin on a central theme of The Inevitables universe, that of “Paradise and Grime”.

Our story starts in the not-so-distant future when Big Pharma has been able to produce a “cure for death.” Of course there’s a big number on the price tag for such a coveted item, which further divides the mega wealthy from the working class. It’s about time the corporations get a reality check that playing God has consequences and death is inevitable. 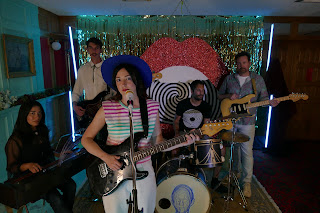 The Calgary, Alberta-based psych-rock/dream-pop band, Crystal Eyes are today announcing details of their new record, The Sweetness Restored which is set for release via the beloved Madrid label, Bobo Integral (Motorists, Ducks Ltd, Quivers) on April 22, 2022. They are sharing details of the new album alongside the first single and its accompanying video, "Wishes."

On the first single, "Wishes", the band serves up a conflicting happy/sad mood designed to be something that you can dance to, complete with a trippy rock 'n' roll fairy tale music video that's somewhere between Alice in Wonderland and Wizard of Oz. Taking inspiration from the sounds of New Order and The Cure, the track makes use of the ghostly therevox, a touch-controlled theremin proudly made in Windsor, Ontario. Speaking about the single, Jenkins says: "'Wishes' is a song about the spiritual act of wishing as a form of the creative process, and the ultimately delicate and complicated relationship between dream and reality. It’s also a song about faith and redemption. Although we will experience loss and pain, we always have the promise of a new wish."