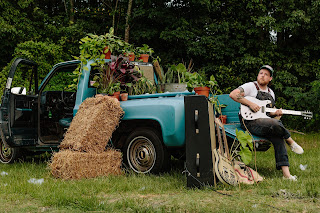 Owen FitzGerald - Don't Give Me A Pet.

Themes of dissociation are some of the major conduits running through Owen FitzGerald’s work. Somewhere in the narratives and world-building vignettes the characters that inhabit the universe of A deep clean you can count on! start with or wander deliriously into a state of bewilderment with the relationship to their own bodies, the utterly de-centering experience of being head-over-heels in love, the secret language of animals and plants and the atomization that the grist-mill of modern life inflicts.

Blundering through existential crisis after crisis, FitzGerald’s gives us a few anchors that tie us back to the physical space: feeding the dog, the biomechanical synchronization of a lover’s breath, the office politics of forest animals and core memories of singing out loud with friends. Musically, FitzGerald invites us to follow the breadcrumbs in the labyrinth of his knotty, surrealistic and, often, very funny and very dismal brand of Country music.

Of the single, Owen states, ""My family attended the 10am Mass at St. Raphael's every Sunday while I was a child. "Our" seats were on the left, and towards the front, if you were looking at the altar. I always held the aisle. After taking communion, a Catholic is supposed to kneel in prayerful contemplation until everyone has had their turn. Each week, dozens of congregants filed past me to and from the Eucharist. I kneeled and clasped my hands. I bowed my head low so no one would notice my open eyes. I stared at their shoes and pretended to pray. At a rate of about one second per pair, I logged style, brand, color, material, and condition and rendered judgement. My entire brain focused on sorting the shoes into "cool" and "not cool" while I tried to keep my posture devout. Honest to God, I've never told anyone about this game of mine until now."

"Don't Give Me a Pet" is the third single from the new album A deep clean you can count on! from the Durham based Country artist Owen FitzGerald. Swimming in similar conceptual and narrative waters as outsider-poet country artists like Cass McCombs and Simon Joyner, FItzGerald's nine song album on Sleepy Cat Records create distinct vignettes that tackle the dissociative effects of strained relationships with our bodies, falling in love, getting sober and surviving the grist-mill of modern life. These songs are shot through with similar philosophical and existential questions asked by artists like Glenn Campbell, John Prine and Bill Callahan. 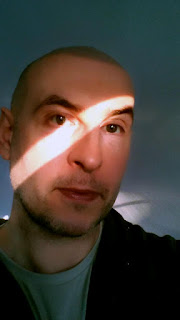 The McKenzie FIX - Don't Feed On Me.

Ewan McKenzie has an eclectic collection of songs and releases behind his back. His music is kaleidoscopic and diverse - he is continuously finding new ways to express himself through a broad sonic palette.

There is a supernatural quality to the entirety of the record. Songs blend together into a vast kaleidoscopic array of colours. A true ear for melody appears throughout as there is a unique gracefulness to the way that these pieces unfurl. Layer upon layer gets applied with such care as the sound at times veers into the absolute symphonic.

By far the highlight of the album, blending its dark and light influences is the soulful third single 'Martin & The Artist'. The build-up of the piece feels gorgeous, from the synthesised strings to the otherworldly storytelling. 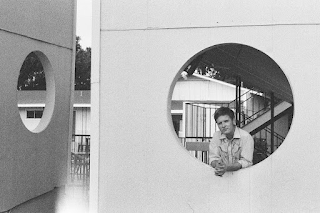 Confirmed for release on 4 March 2022 via the Twin Mesa label, The Wall Chargers frontman goes it alone to release this strident first collection under his own name. In anticipation of the release Landon has shared its first official single "Bluebonnet"; a tender, raw, confessional track that finds the singer opening-up about the tumultuous relationship with his father, to overcoming the mental pressures he has experienced as a touring artist.

The follow-up to recent teaser track, “Light Is Growing”, a song praised by Americana UK as “an uplifting dose of positivity", new single "Bluebonnet" finds Landon in an altogether darker and more pensive space. “You were only lying when you said why you’d never go. That’s alright. Only love lied so I’d never have to know" sings Landon through gritted teeth here.

A stark portrait of his father and an uncensored reckoning of his actions, Landon recalls of the intimately personal events behind “Bluebonnet”: "There was a moment when I was a boy that he swore to me he would never leave us and that he would always love my mother,". It was only a few years later that his father walked-out on him and his mother for good.

A song that finds an artist unafraid to face his demons and to tackle songwriting subjects others may find taboo, “Bluebonnet” also finds Landon admitting to the depression he has experienced as a traveling musician; opening a dialogue for countless other artists who have undoubtedly experienced similar feelings while out on the road. 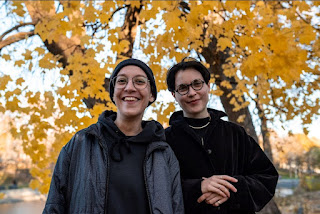 Partner - Time Is A Car.

Partner are back with a new single and video "Time Is A Car". It is a new single for a new era as we enter 2022 and the youngest member of Partner (Josée Caron) enters her 30s. This single follows Partner's Never Give Up (You've Changed Records) and their break out debut album, In Search of Lost Time.

A Message from Partner: "This is a song that we wrote while reflecting on the years that have passed and the way that the passing of time offers fresh perspectives. Fittingly enough it’s ready just in time for us to present it to you on Josée's 30th birthday. Time sure does fly!!

We had a distinct idea for the visual accompaniment to this track and we knew there was one person who could bring it to light; our beloved and frequent collaborator Lesley Marshall. However, when we were informed that the time to make a video was upon us, it seemed close to impossible that we would be able to make the trip to meet with her. While she is close to our hearts, we were separated by 4580km (2845 miles for our USA/UK friends). However, Lesley and the team at MAVN thankfully remained undaunted by such concerns. The result is one of our very favourite videos to date." - Partner