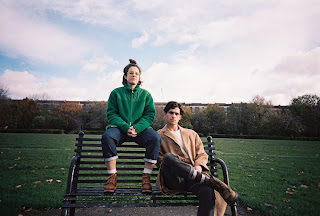 Dahlia Sleeps - The Calm You Keep.

London based duo Dahlia Sleeps release new track "The Calm You Keep", the latest cut to be heard from the band's debut album Overflow, out 8th April.

A pensive, indie-rock track "The Calm You Keep" is the album's closing song and completes the record in cathartic fashion. A stunning examination into motherhood; vocalist Lucy Hill captures the poise of a mother supporting her child through mental ill-health, with the lines "I climbed into your bed, just like a child I laid and wept / You did not show your fear, you knew the sun was somewhere near".

Filled with nostalgic electric guitar and live drums it paints images of a dreamlike world - "It's a portrait of a parent providing the calm within the storm; half a Dalí-esque soundscape from within an unwell mind, half a paradise of safety”, Lucy says of the track.

Two years in the making and almost 6 years since their debut single, producer/writer Luke Hester and singer/writer Lucy Hill bring a new weight sonically to their debut album Overflow, depicting a new kind of freedom for the duo – from managing and coming to terms with mental health problems to experiencing love in all its forms despite them.

Dahlia Sleeps · The Calm You Keep

Zeiguer takes us by the hand and leads us into her surreal storybook realm by way of lead single “Sunset Boulevard”, which arrives alongside a music video by OTIUM (Hand Habits, Widowspeak, Ana Fox Rochinski). We are guided through the metamorphosis of a caterpillar, a kaleidoscopic metaphor for the process of letting go of the seemingly safe and familiar in order to evolve and thrive.

Picnic in the Dark follows Zeiguer through a dreamworld of magical realism as she navigates her memories and seeks to confront inherited dysfunctional patterns head-on. As Zeiguer reconciles her childhood and her adult lives with careful compassion, Picnic in the Dark reveals itself as an album not only of transformation, but of healing and self-actualization. 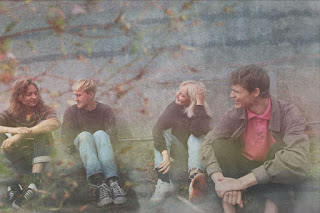 Kindsight - Sun Is Always in My Eyes.

Danish four-piece Kindsight make music that draws from 80’s and 90’s alternative rock and combines it with the shimmering Scandinavian pop that the region has become so renowned for, resulting in a sound that is both fuzzy and melodic in equal measure. Releasing their first material in 2020, the up and coming Danish four-piece have been quick on the rise, picking up steam with a series of new singles over the last 18 months. Now, they are announcing their debut album, Swedish Punk, will be released on March 25th, 2022.  New single Sun Is Always in My Eyes is out now alongside a DIY video made by the band. 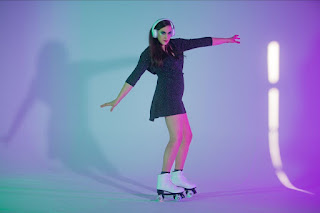 Today, award-winning singer, songwriter and producer Josienne Clarke has shared 'Workhorse', the second cut to be taken from her forthcoming EP I Promised You Light. ‘Workhorse’ is one of the most experimental tracks of Clarke’s career to date, with Sharon Van Etten and Sylvan Esso being the song’s musical touchstones. “This is the most joyous one on [the new EP], to me,” Clarke says of the song which she describes as a “weird dance acoustic mashup.” The song’s video, by Alec Bowman_Clarke, sees the artist roller-skating at a silent disco to emphasise the sheer joy of the track. “It’s just me in a massive room with loads of disco lights with silent disco headphones on just messing about to my own positivity anthem,” she smiles.

Of the track’s experimentation, Clarke says she has been “slightly flirting with synths and electronic sounds more” and using “less acoustic music” in an about turn from her usual style. “I don’t intend to  renounce my acoustic roots at all, but I feel like the old set-up in the industry was quite keen to tell me what type of music I could and couldn’t make,” Clarke explains. “I feel like ‘Workhorse’ is like: ‘What if I could do whatever I wanted? What would that sound like? That sound is this track,” Clarke says assuredly, mirroring the confidence of a track that is sure to become a standout of her career.

I Promised You Light follows on from Clarke’s critically acclaimed 2021 LP, A Small Unknowable Thing, an emotionally charged album bubbling with courage and defiance. If A Small Unknowable Thing were a sentence, I Promised You Light is the full stop at the end, or “the light at the end of that particular tunnel,” as she puts it. “People over the years have often tended to be a little intense at my merch stand, it sort of comes with the territory when you write the kind of music I do. But none more so than a lady who stood there and pleaded for me to ‘write a more positive song, one with a happy ending’” she explains. It was a request that stuck with Clarke over the years. “That’s basically what this EP is,” she says. “It’s all the positive lessons I’ve learned over the past few years and presented in my own, somewhat melancholic, way.”