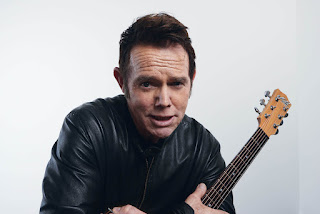 Merv Pinny - My Freedom My Rights.

Merv Pinny pens a song about those fighting for freedom and never giving up on their beliefs. Taking on a storyteller role with this latest single, Pinny voices the words that many around the world are crying out for. "Let us be kind to our brothers on the road  ...  and their freedom is their journey  ...  their feelings may over load  ...  and the voices call for freedom."

Merv Pinny's brand new album is set for release in 2022. Titled Dark to Light, the album follows Pinny's journey as an artist with songs that have captured the imaginations of millions from across the globe. War; humanitarian crises with children; refugee crises; the cruel world of love on the internet; and gun violence have been the topics that Pinny felt compelled to write about in the hope of invoking change for the better. Seeing the effects that both money and power had had on so many of these devastating events, Pinny used his songs to help give more meaning and donated proceeds direct to World Vision and Children in Crisis. Just this month, Merv performed for Kerikeri locals as part of a fundraising event for the Northland Rescue Helicopter, helping to raise more than $15,000.

Our entire world has now been affected since the pandemic started in 2020, filling lives with heartbreak and sadness as we all have learned to live in new ways. Merv recognised the importance during this time to have more positive and uplifting experiences, so he started writing new material that has been crafted to instill in everyone a much-needed feeling of joy and laughter, with the hope yet again of using his music to invoke change for the better. Dark to Light celebrates the significant journey of an artist who has evolved his music over the years, in keeping with the times. 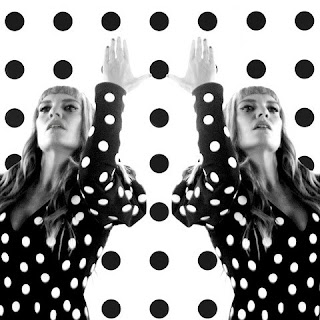 Mixing emotive vocals with an avant-garde alt/pop production, Salomon delivers a stylish follow-up shrouded in a shadowy mystique. With an early demo originally featured in ‘Complicity’ (2013), a US indie film which sees a seemingly innocuous teenage party spiral out of control, the track echoes similar themes of adolescent abandon; with the artist dwelling on the loss of innocence and the growing burdens of responsibility that ultimately comes with adulthood.

Speaking about the new single “Polka Dot”, she says: “”Polka Dot” is about mourning innocence, and the darkness that’s picked up along the way, with an ‘up yours’ sarcastic tone, and not wanting to grow old.”

“Polka Dot” sees Fe Salomon working once again with esteemed classical arranger and maverick: Johnny Parry. The resultant record is one that blurs genre boundaries and defies simple categorisation, with the pair revealing that its outlandish arrangements were “birthed through a pair of orchestral bass drums coupled with the clang of an old washing machine”.

Teaming up once again with Director/Videographer Fraser Taylor (who also shot the “Superhuman” video),  “Polka Dot” is accompanied with artful video that nods to the track’s dark coming-of-age ruminations. Taking inspiration from the works of Japanese artist Yayoi Kusama (who is notably renowned for her use of polka dots in many of her installations), the video flickers through surrealist choreography interspersed with real childhood images of Fe from the 80s & 90s that were cut from old home movies and family albums. Watch the video here.

Fe Salomon is a singer-songwriter, performer and producer, currently based in the East Midlands. Born in Northampton, she moved to London where she cut her teeth on the bustling stages of the Camden music scene. Developing her act in the capital for over 13 years, it was there that Salomon honed her idiosyncratic sonic stylings from its melting pot of influences and began to percolate ideas for a solo career. 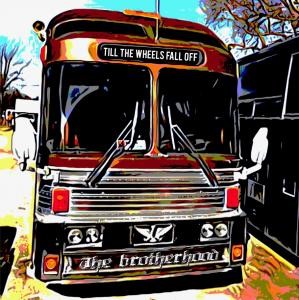 The Brotherhood - Till The Wheels Fall Off.

The Brotherhood release debut single "Till the Wheels Fall Off" with TLG Entertainment/Ingrooves. The Brotherhood make their way onto the scene with "Till The Wheels Fall Off", an ode to life as a musician. Though this track has many guest features, we owe this country/rock blend to three musical masterminds- Michael Alexander, Scott Wilson (Saving Abel) and Rick Monroe.

The three, while coming from different backgrounds within the vast world of music, join forces with years of experience under their belt. Listeners are in for a treat when they realize The Brotherhood goes beyond their integral three with this debut track and bring in a number of fellow musicians and friends to feature on the track, such as Kent Slucher (Luke Bryan), Neal Middleton (Royal Bliss), Marshal Dutton (Hinder) and more. The Brotherhood stay true to their name by integrating their own friendships into this truly collaborative musical effort.

"When we first wrote “Till the Wheels Fall Off” I never thought of it as being a duet or multi singer song, but when my co-writer Arlis Albritton (Jamey Johnson / Luke Bryan) demoed it he had Craig Wayne Boyd (The Voice) in the studio doing another song and figured let’s try it out. So, when we were looking for our first Brotherhood song, this one seemed perfect- plus, with this group of guys we have definitely lived the lyrics of this tune!" - Rick Monroe

“When The Brotherhood were pitching song ideas back and forth, "Till The Wheels Fall Off" felt like it was written for us. When asked to produce the song, I immediately had musicians in mind to make a grinding musical arrangement. We called in Kent Slucher (Luke Bryan), Brian Bonds (Florida Georgia Line), Steve Hinson, and it was a blast working long distance aside all my friends." - Scott Wilson. "Till the Wheels Fall Off" was produced by Scott Wilson (Saving Abel).