Arriving where introversion and extroversion meet, forthcoming new album When It Comes is Dana Gavanski’s most vulnerable record to date. A Canadian-Serbian artist unafraid of extremes, she seamlessly blends her love of music from the 50s-70s with mythology.

Led by instinct in its purest form, Dana’s latest chapter is an ode to the voice as an instrument – its power, and how intricately it can deliver words to tug at, and tie knots in, every heartstring.

“Under the Sky,” the second single to be shared from When It Comes, was written as an end of summer tune. Dana wanted to create something innocent and love-y sounding but also plaintive and questioning: that hazy way we sometimes feel when looking back at the past and the memories that stick and wonder what really happened. Shifting perspectives, waves of emotion, chest full with that bottomless breath. 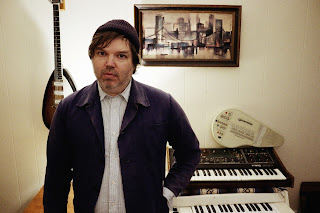 This is the third track from the new Papercuts LP, 'Past Life Regression,' the album is due April 1 on Slumberland. "The song had a slight 60s pop inspiration, and I wanted to see if I could pull off a freakout in the middle that felt like an epiphany. Lyrically it’s inspired by a memory of feeling like a fling is just sort of passing through your life, and wondering if thats all you are to them.“ -Jason Quever

Jason Quever has been releasing timeless guitar-based dream pop as Papercuts since 2004, impervious to trends or micro genres that have come and gone around him. In that regard, his contemporaries are artists like Hiss Golden Messenger, Fruit Bats, Andy Shauf or Kings of Convenience – artists who are more concerned with song craft and perfecting their sound, and less concerned with gimmicks or fitting into a specific scene. Past Life Regression is his new album and it's a journey into the dreamier reaches of psychedelic folk-pop that digs deep into influences as wide-ranging as The West Coast Pop Art Experimental Band, Spiritualized, Echo & The Bunnymen, Leonard Cohen and late 60s pop of various flavors.

Crafted shortly after Jason's relocation back to the San Francisco Bay Area after several years in LA, the new album revels in the tensions between the pleasures of homecoming and the collective miseries of the pandemic and our current political upheaval. The return home and the enforced isolation of lockdown lend the album a mood of contemplation and immersion in memory. The results are beguiling, from the lush sunshine pop harmonies of first single "I Want My Jacket Back" to the trippy farfisa-driven space-pop of "Lodger" to the gorgeous, Bunnymen-tinged "Palm Sunday."

As always, Jason's songcraft, arranging and production are immaculate, (Quever has been tapped to work with dream pop luminaries Dean Wareham and Beach House as of late) as evidenced by the elegant chamber-pop of "My Sympathies" and the epic flow of "The Strange Boys," “Hypnotist" and "Remarry" in the album's warbly second half. The mood of longing and recollection is a perfect match for the album's dreamy textures and for the unusual times we're living through. It's a true testament to the resilience of the Papercuts project that after several acclaimed albums, Jason still has much that's new to say, and is continually finding new ways to say it. 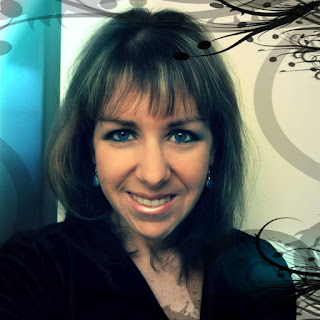 Laurie Biagini is a songwriter-singer from Vancouver, British Columbia Canada, whose music would appeal to fans of 1960’s California sunshine pop. Her sound and compositions have been compared to The Beach Boys, The Mamas and the Papas, Carol King, The Carpenters, and Jackie DeShannon. Her main influences include these artists along with The Beatles, The Byrds, The Monkees, The Turtles, and Jan & Dean.

Laurie has played piano by ear since age five, alongside ten years of classical piano training. She only started writing music in August 2006, after writing her first song which came to her with music and lyrics simultaneously one afternoon as she was commuting home from work.

Almost all of Laurie’s songs have been written, composed, performed and recorded by herself, with the exception of a few songs from her third and fourth albums which featured guest vocals, guitar tracks and lyrics. Laurie is currently in production of her fifth album "Stranger In The Mirror" (release date TBA). Recent release 'Hey Mr.DJ' is a gorgeous smooth flowing song that fires out melodic musical  & vocal hooks in all directions, we love it! 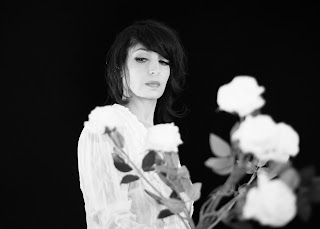 Ursa Minor originated in NYC in the late 90s, coming out of the fertile downtown scene of musicians transcending the usual boundaries of folk, rock and jazz. Michelle Casillas worked as a sound engineer in the late 1990s and early 2000s at Tonic, the now defunct home of New York’s underground music scene. As an artist she sang on scores of films by Elliot Sharp and productions by Anton Fier (Feelies, Golden Palominos) while playing sideman, collaborating and recording with other local artists. Inspired by the freedom and diversity of the music she was hearing, Michelle formed Ursa Minor with guitarist Tony Scherr (Bill Frisell, Feist, Willie Nelson, Lounge Lizards), drummer Robert DiPietro (Elysian Fields, Norah Jones), and bassist Rob Jost (Imogen Heap, Bjork).

Ursa Minor’s current LP release, Sian Ka'an (Mayan, pronounced See-AHN KHAN, meaning “origin of the sky”) was inspired by a visit to the protected biosphere reserve on the Yucatán peninsula. Travels along the coast inspired a series of songs and photographs brought on by the raw intensity and untouched beauty of the region. The wonder of this place heavily influenced the writing and sound of the album.