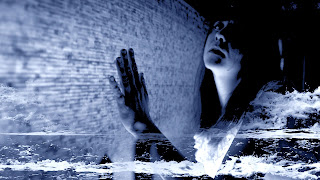 Violent Vickie is a Los Angeles based Dark Synth-Riot artist consisting of Vickie and co-producer/recording guitarist E.  Vickie has toured with Hanin Elias of Atari Teenage Riot and has shared the stage with Pastel Ghost, Trans X, The Missing Persons,  Them Are Us Too, Aimon and Jessie Evans (The Vanishing).  She has toured the US, Mexico, Canada & Europe and played Insted Fest, Solidarity Fest, Shoutback Fest & Gay Prides and Ladyfests.  Vickie’s tracks have been released by Crunch Pod, Emerald & Doreen Recordings (Berlin), Riot Grrrl Berlin, & LoveCraft Bar (PDX).  Her track "The Wolf“ was featured in a National Organization for Women film and she was interviewed for the documentary “GRRRL”, part of the museum exhibit “Alien She”.  Her LP "Monster Alley” was voted best album by KALX and her tracks have been remixed by 25+ artists.  Violent Vickie's Division LP was released in September 2020,  followed by a remix album of "Under The Gun" in February 2021 and a cover of Johnny Cash's Ring of Fire in July 2021.

Critically acclaimed Tel Aviv songstress Kama Vardi returns with a gorgeous new song ‘Bread & Wine’, the first single to be taken from her forthcoming Somewhere East EP which will follow in September 2022.

Written in a little shack in the rural part of north Israel during the harshest moments of the pandemic, ‘Bread & Wine’ is described by Vardi as “A sort of dialogue between two lovers, wanting to be together but disillusioned by the reality of their changing love.”

The imaginative and cinematic video tells the tale of an isolated woman who brings home a disembodied and abandoned suit from a laundromat, a suit that soon comes to life as the man of her dreams, before disappearing again into its old world. It conveys the subtle feelings of hope and loss present in the song, as Vardi expands “It’s like a rude awakening from a dream of perfect, evergreen love that never changes.”

‘Bread & Wine’ is indicative of Vardi’s dreamy and timeless sound where simple production and harmonies leave space for the songwriter’s lyrics to take centre-stage, often poignant life observations told through the lens of the curious characters brought to life in her songs and delivered in Vardi’s softly whispered vocal.

Kama Vardi has previously released a debut album Forgetmenot (2012), followed by the Satchel-Sof Ma’arav EP (2016), and most recently her 2020 long-player Moonticket. The latter was warmly received by the western media with coverage in Uncut, Financial Times and American Songwriter, whilst in her homelands of Israel  the album’s singles had play from the biggest radio stations, including Glglz and 88fm, with the latter placing its first single ‘Whatever Will Be’ (2019) at no. 9 in their ‘Songs of the Year’ chart, with the track also featured on Shazam’s most searched for songs in Israel, and was included on both Apple Music’s ‘Israeli Essential Rock Song Of The 2010s’ and ‘100 Best Songs of 2019’ lists. 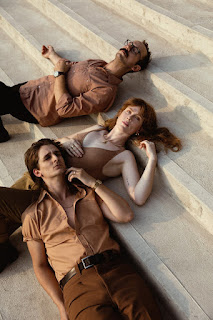 The Hamilton, Ontario-based trio, Ellevator have tjust released their Chris Walla-produced debut album, The Words You Spoke Still Move Me via Arts & Crafts. The record arrives alongside the video for the album track, "STAR" and comes following earlier tips from NPR, Consequence, The Needle Drop, Exclaim, FLOOD, The Line of Best Fit, Under the Radar, CBC and more. The band will support the release of the new record with Canadian dates this May with support coming from Pleasure Craft, Deanna Petcoff, Luvr, Emma Worley, Quinn Mills, Equal, Alicia Clara and Lastli across different dates – full run below.

The band, which is comprised of Nabi Sue Bersche, guitarist, Tyler Bersche and bassist/synth player, Elliott Gwynne, will deliver on the promise of their self-titled 2018 EP with their long-awaited debut album. The record was pieced together across numerous locations but primarily while living together at The Bathouse (a Kingston-area facility owned by Canadian alt-rock legends The Tragically Hip) and comes off the back of earlier dates with Amber Run, BANNERS, Cold War Kids, Arkells and Dear Rouge. Across 12 tracks, it inhabits an emotional landscape that is both breathtakingly intimate and impossibly vast, documenting various experiences to turn universal (existential longing, romantic power struggles, the neverending work of true self-discovery) and highly specific (e.g., frontwoman Nabi Sue Bersche’s journey in extracting herself from a cult) storytelling into a truly hypnotic body of work, giving rise to the kind of radiant open-heartedness that radically transforms our own perspective.

Ellevator poses a fantastic ability to sculpt these mammoth, melodramatic post-rock and indie-rock soundscapes, somewhat inspired by the late-aughts sounds of Spoon, Metric, Interpol and Arcade Fire, as well as the stadium-ready sounds of U2, Kate Bush and Peter Gabriel. "STAR" finds the band tapping into their knack for soaring guitar lines and driving percussion while commentating on the distorted image that social media can often present.

Speaking about the new single which arrives with a stunning visual directed by the band's frequent collaborator, Cam Veitch, Nabi says: "There are so many ways to disguise ourselves I don’t think we even notice we’re dressing up anymore. Good art has a human point of view, which is to say it’s nuanced, complicated. It often doesn’t have a clear agenda that’s easily distilled, packaged, and sold. Flattening that perspective into something that fits neatly between the clean lines of social media has been difficult for me. Learning how to do it has changed the way I see the world, brought out ugly instincts, and magnified my vanity and insecurity. The wildest part is that this sort of curation and performance is no longer reserved for people like me: artists who pay people lots of money to convince you to listen to our music. Any fourteen-year-old on TikTok has given at least as much careful attention to their brand as I have. But the neurochemical trick these platforms play is just the latest version of a very old phenomenon. We’ve always built our identities carefully: showing the world our good side is an intrinsic part of evolution, whether it’s holding our arms high to make the bear think we’re bigger than we are or an Instagram story of our eight-car-garage. 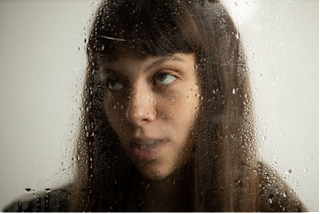 Steeped in unease and constructed in an unprecedented time, Keeper E.’s new collection of songs comprises a portrait of an anxious existence that’s as deeply worried as it is catchy against all odds.

thank u and please and don’t go is packed with a litany of one-line worries and shame spirals: “I’m always driving in somebody’s blind spot, thinking I’m going to crash”; “I never know expressions and I’m so embarrassing”; “Who will take care of me if I take care of you?” The stress reaches its apex on “What If We Lose Everything,” a mid-tempo climate-change lament scattered through with unsettling dissonant notes: “There’s no way to go back,” she concludes, with considerable disappointment.

Glittering with silvery vocals, playful synths and driving rhythms, Keeper E. invites us into a dreamlike world inside her mind, sharing pages of her journal combined with intriguing melodies. Her songs have a romanticized hopefulness, looking back on past loves, regrets, and fearfulness with gratitude and hope.

Speaking on the focus track, “My Favourite Song'', is about hoping that singing along to your favourite song will take away all the pain and suffering in the world. It’s kind of a joke, like obviously just listening to a song won’t solve anything, but also it’s been my experience that sometimes music is all that can help you out of a hard time. This song talks about personal hardships like not feeling satisfied and always expecting the worst, and it also talks about the unfair power balances in the world and how the life I have is built on these unfair societal structures. In the end, it feels like the anthem of the song convinces you in some way that singing along to your favourite song must in some way help to balance things out, and will always make you feel better.“

Keeper E. is proving herself one of the most exciting new pop acts from Atlantic Canada, with an official showcase at The Great Escape in Brighton and tour dates across Canada planned in support of the release of her sophomore EP, thank you and please and don’t go, which is set for release on May 6, 2022.

But for all the personal anxieties explored in these songs, Elwood’s music is at its most confident, deeply thoughtful and wise beyond its lived experience. Born in Nova Scotia, Elwood began playing the violin at three years old, moved onto piano by four, and found her own musical voice while in university studying classical piano. Though she claims to be a technological Luddite, her production skills rival any hitmaker, and she crafts the indie-pop base of Keeper E. in solitude, with little outside influence.