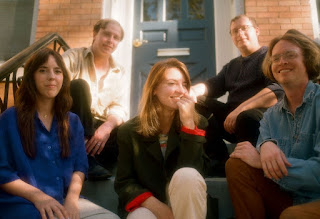 New-York-by-way-of-Texas transplants Why Bonnie announce their debut album 90 in November out August 19th via their new label Keeled Scales, and share the title track and an accompanying video. “90 in November” is a sunny guitar pop song about lead singer and songwriter Blair Howerton’s hometown of Houston, packed full of sparkling snapshots—”a technicolor sun” and “a cardboard cutout cowboy waving me goodbye.” “I wanted to capture the bittersweet feeling of saying goodbye to the landscape that shaped you while still dealing with the anxieties of what lies ahead,” says Howerton.  “Nostalgia always hits with a flash of disjointed memories - like speeding down the highway or sweating in the Texas heat.” The self-directed video captures this feeling.

Following their 2020 Voice Box EP, 90 in November crashes into existence with a squeal of feedback and a burst of distorted guitar. Inspired by fellow Texans Townes Van Zandt, Blaze Foley, alt-rock like the Lemonheads and the Replacements, the eccentric pop of Sparklehorse, and Sheryl Crow, the album is a dynamic introduction to an evolutionized Why Bonnie. 90 in November is a meditation on the pains and pleasures of nostalgia and a lesson in learning how to look back at the people, places, and experiences that have shaped us, with room for both unvarnished honesty and rose-tinted melancholy.

The songs for 90 in November were mostly written in Brooklyn, where Howerton moved from Austin in 2019. Already in the midst of a major life change, her feeling of being between worlds was compounded when quarantine hit and she found herself, like so many others, stuck in her apartment—about as far away from the wide-open spaces of Texas as one can possibly get. It was in this environment that she began to write songs parsing out the complicated, mixed emotions associated with building a new home while attempting to make sense of the one she had left behind.

There’s a deep sense of place across 90 in November. The band—Howerton, keyboardist Kendall Powell, guitarist Sam Houdek, bassist Chance Williams, and drummer Josh Malett—considered making the record in New York or California, but ultimately decided that it had to be done in Texas. In early 2020, Why Bonnie headed down to the town of Silsbee (population: 6,634) to spend two weeks recording with Tommy Read (Lomelda) at Lazybones Audio. Howerton describes it as an idyllic period of time where days were spent walking around with cows and evenings drinking Lone Star beer and looking at the stars.

90 in November is a trip through Howerton’s inner world, but it’s also a road trip through Texas. Often it is both at once. The songs are full of poetic, cinematic lyrics that flash like colorful scenes glimpsed from the window of a car as it barrels along an interstate highway cutting through the Lone Star State, each one a road stop revealing a different facet of Howerton’s experience. The album is a dynamic introduction to a more raw-edged indie sound from a band who have matured from bedroom dream pop into a sophisticated rock act, their evolving sound a reflection of the journey undertaken by Howerton on this vividly rendered collection of songs. 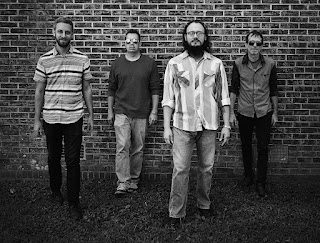 Bob wrote the song one summer when he was working a migrant farm job. His job? De-tasseling corn. For 12 hours a day.

After those long days working in the cornfields, the 40-person crew would party hard when nighttime came. Bob developed feelings for a crewmate, hoping to become her "corn boyfriend" (which consistently makes me laugh)--feelings that were not returned--and working with her for 12 hours a day every day definitely stung. As a songwriter does when his heart is broken, Bob developed a narrative with a vintage R&B vibe about a love interest who wasn't very sincere in her flirtations. "That’s the thing about unrequited love...it is so neat and tidy because it never actually existed," he says. 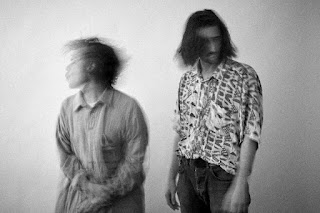 London based duo Pet Deaths today release their second album 'unhappy ending' via Silver Mind Records. The album follows two previously released singles "all the things you said you were (i don’t believe in ghosts)" and "swingtime", and is the follow up the band's acclaimed debut album To the Top of the Hill and Roll... - released in 2019.

An album to be both explored and sat with; in an age of dull disconnection and constant refreshing, unhappy ending, Pet Deaths' second full-length effort was deliberately and acutely considered to be a journey of its own; nine new songs but one whole immersive piece for the listener to climb inside, in the quiet of reflection, in the sobering commute to and from.

Following on from the sparkling celestial folk of the band's 2019 debut To the Top of the Hill, unhappy ending is the next step in Pet Deaths’ somewhat remarkable journey. The pair met accidentally when Liam Karima was sitting on his doorstep feeling deflated late one night, before he noticed a “heavy Geordie accent strutting down the grove, smoking and whistling the guitar lick from Sultans Of Swing”. Graeme Martin and appeared from the shadows and the pair quickly realised that they’d known each other years earlier when they’d both played on the pub circuit. They caught up on each other’s lives, sharing stories from the old days, and by the time the birds started singing they were making drone noises and poetry together – and Pet Deaths was born.

Setting out to make their new album, the band had one question in the forefront of their collective mind: Is life an unhappy ending, or do we become part of a bigger movement to more positive things? Across the album’s nine tracks, this conundrum is explored in many and meaningful ways, their subtle take on melancholic folk-pop conjuring a bewitching atmosphere that hangs over every inch of the album. “We were powering through the entire back catalog of Twin Peaks at the time of recording,” Liam says of that side of the album’s sound. “I think that played a big influence in the surreal parts of the record.”

unhappy ending became a labour of love for Pet Deaths, many of the songs initially written during the same sessions that sparked their debut album. Initially, the band’s original concept for the record was to have a wild string arrangement running throughout, like a Disney film with a touch of Scott Walker, but as time went by it evolved into the free-jazz-rock art piece that we hear today.