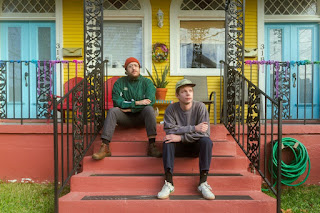 Last month Lawn announced Bigger Sprout, their new record which is due out July 15th on Born Yesterday, the up and coming Chicago label that is home to bands like Moontype, Cafe Racer and Caution. Written, rehearsed, and recorded under a month-long period, Bigger Sprout explores a feeling of urgency as a theme and a catalyst: urgency to get out of uncomfortable situations, urgency to take relationships more seriously, urgency to work on themselves, urgency to play shows again, urgency to record, urgency to start a family, urgency to make plans and leave old settings behind, urgency to grow up and become more in tune to your surroundings, urgency to quit old habits and pick up new ones. The EP, co-written with former drummer Hunter Keene, is a document that embodies the anxieties of change, for better or worse. Now the band are sharing a second single from the record, a track called "Night Life".

Lawn's Mac Folger and Rui DeMagalhaes share lead vocal duties in the band, and while the jangly and melancholic first single "Down" was sung by Folger, DeMagalhaes takes center stage for "Night Life", a more wirey, punky track (with drums performed by Hunter Keene) that was based on an encounter with a former Todd Rundgren crew member in a DC bar.

"I was at a bar in DC shortly before the pandemic started when I met this washed up dude who said he had been a live tech for Todd Rundgren," DeMagalhaes explains. "A few drinks in, he went on a tirade against what he perceived as “weak manners” among millennials and Gen Z musicians, saying that we’ve gotten lazy and soft. He offered to show me around his favorite dives, saying that he was in aa constant search of the night life. The song is written from the perspective of a character loosely based on him, a Don Quixote-like figured who has overstayed his welcome but is oblivious to this.

"On an added note, he complained that Rundgren fired him for being a booze hound and an overall liability. He still seemed pretty resentful about losing the gig, but also played in a Rundgren cover band around the area. To be honest, I don’t know how truthful this man was, but I suppose it does not matter." 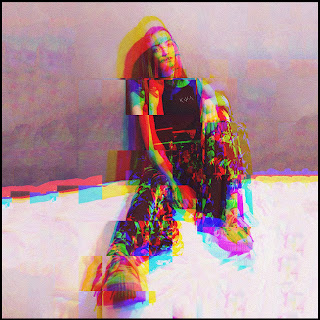 Keep Shelly In Athens pays tribute to groups that fought against the Nazis during WWII on a pair of new songs. "White Rose" is the first of these and will be released on May 27.

"The White Rose was a non-violent, intellectual resistance group in Nazi Germany. Their activities started in Munich on June 27, 1942. The group conducted an anonymous leaflet and graffiti campaign that called for active opposition to the Nazi regime. The core members of the group who carried on distributing the pamphlets, faced show trials by the Nazi People's Court (Volksgerichtshof) and were executed by guillotine four days after their arrest, on February 22, 1943."

The ethereal and swirling sounds of Greece’s Keep Shelly in Athens capture the transient feelings of city life and the inevitable passing of time. With lush melodic beats and dreamy vocals Keep Shelly’s production is an accessible and lighthearted entry into the world of down-tempo electronica.
With previous releases on labels including Forest Family Records, Transparent Records, Planet Mu, Cascine and Friends of Friends, the duo have already transported their whimsical arrangements and soothing productions across the globe, including performances at Coachella Festival, Parklife Festival, Brighton’s The Great Escape Festival, etc. In addition to their own releases they have also done official remixes for Tycho (Ghostly International), Blood Diamonds (4AD), Steve Mason (Domino) and many more… 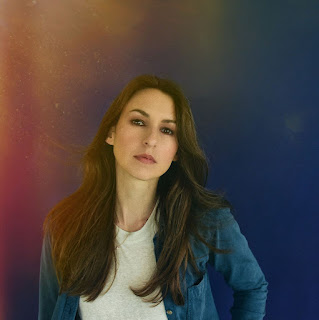 Indie singer/songwriter Brooke Annibale announces a new single called “5 AM.” The latest peek at her forthcoming album, “5 AM” is a slow-burning, ethereal song inspired by long conversations that stretch into the early morning hours and the first blush of new love. "5 AM" is available everywhere this Friday, May 27.

“It’s completely about falling in love with my wife,” stated Brooke. “It's when we realized, ‘I think that we might like each other a little bit, that we would stay up this late talking. It's the journey of falling in love. The first verse was basically me envisioning, what would our wedding day be like? And what do I want on that day? I was like, I wanna dance. I wanna cry. I wanna laugh. It sounds kind of corny, but those are all things that ended up being very true on our wedding day.”

“5 AM” follows the release of “What If You,” the first single off her upcoming album debut with Nettwerk Music Group. A lush and dreamy track, “What If You” serves as the perfect introduction to her evolving sound as she digs into the mixed emotions and gentle balance of maintaining her music career while acknowledging the complicated nature of new love. FLOOD called it “immediately catchy” while Brooklyn Vegan described it as “a dreamy, folky song that kinda feels like the middle ground between Weyes Blood and Beach House.” 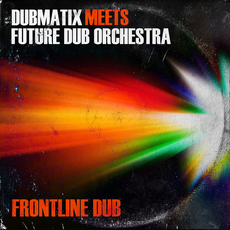 The sound of Future Dub Orchestra meets Dubmatix is a hybrid of “Cinematic Electronica” and “Leftfield Chill" deeply rooted in Dub, merging into lush vibes, low-end love, and atmospheric layers.

Initiated by J.T. Clarke of FDO (Future Dub Orchestra) when he approached Dubmatix about doing a collaboration of two songs turned into an E.P. with accompanying dub versions. Dub On Dub

The “Innerblues” of Bristol (Future Dub Orchestra) meets the “frontline dub” of Toronto (Dubmatix) in a very exciting and upgraded sound experience.

A delectable showcase full of versions, vibrations and vocal mutations, madness and method, drum and bass, roots and future II.