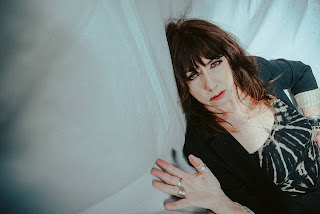 Rosanne Baker Thornley - Because Of Me.

Based in Toronto, Rosanne Baker Thornley is an internationally recognized, award-winning singer/ songwriter who writes with an impressive and growing number of international emerging and established artists. RBT has been evolving and expanding her relationship with music (and writing) for quite some time. With her new album, Sorry I'm Late, to be released September 2022, she further delves into her craft, cultivating songs from an intensely personal space.

Like all the songs on Sorry I'm Late, new single "Because of Me," is inspired by personal experience. This song is about someone who always arrived tangled, who willingly succumbed to a vulnerable version of themselves, and who left less tangled.

It's about changing that someone to their benefit and how those changes in them, while to the betterment of others in their life, challenges those same people. It's about the realization and the risk to the person who is the impetus to their changing – and to the realization they're working against themselves. That every heartfelt moment shared can't change the inevitable outcome.

Rosanne Baker Thornley (RBT) · BECAUSE OF ME 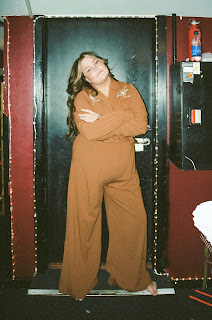 Klang’s vintage alt-pop is born out of a love of a good old-fashioned ballad, blended with classic ‘60s and ‘70s pop influences, Americana-tinged guitars, country music’s luxurious hues - most mesmerising in her distinctive whispery twang - and an indefinable helping of Scandi charm.

Pouring her life experiences into every line of her songs, from heartbreak to motherhood, Klang says of new single “Belly Shots is about leaving your 20’s behind. A very much overrated time in your life, it turned out.” 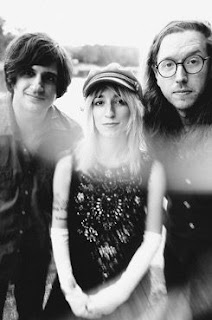 The Minks - Take It Easy.

The Minks are set to release their newest single, Take It Easy, on May 27th, 2022. This new song was recorded live by John Meehan in a cabin in the woods during the fall of 2021. It was recorded in a mobile studio that John built called Sundial Sound. It will be on a compilation being released in the summer under that same name.

It features many other Nashville artists such as Chrome Pony, Hans Condor, and Bee Taylor. 10% of the profits from the compilation will go to Nashville’s W.O. Smith school, which gives music instruction and instruments to children from low-income families. Take It Easy was written about finding some peace amongst the chaos. It’s a breath of fresh air that takes you on a psychedelic trip to better days.

Accompanying the release is a music video that was directed, filmed, and edited by The Minks themselves. It’s a surrealistic, hazy moving picture of silly moments on a sunny day out in the woods of Ashland City. 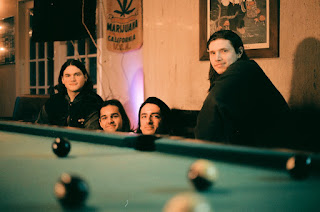 From the band - When someone tells you "I'll try my best," it rarely means they'll actually try their best.

Even if the intention is true, when does one really ever try their best?

What's the best someone can do?

"Try My Best" is inspired by empty promises. The phrase is seldom actualized, but rather used as a Get Out of Jail Free card or sarcastic remark.

Our song plays with the theme of unrealized potential and being true to one's self.

What can we achieve when we truly put our mind and heart into something?

Somehow what I say right now, will make it up to you somehow. I'll try my best.