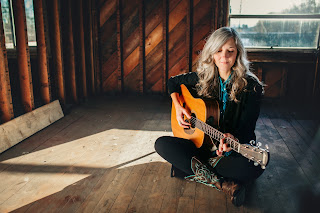 Brodie Dawson - Will I Ever.

Singer-songwriter Brodie Dawson has released her latest single,“Will I Ever,” the fourth off her next album Wholehearted.  “Will I Ever” follows Dawson through her very personal and vulnerable journey of overcoming her separation from her husband. It features country guitar grooves, live instruments, sultry and powerful vocals, and empowering lyrics.

“I wrote this the summer my husband and I separated. My heart was devastated, and I was so lost, but hellbent on finding myself again. A beautiful couple I know on Hornby Island offered me their cabin for the weekend as a little writing retreat. So I packed up my dog, my guitar and my journal and spent the entire weekend at the ocean, thinking, crying, writing and playing,” says Dawson. "For the longest time it was more of a groove song than anything, and it only had one verse. I actually wrote the second verse the night before recording it in the studio in Nashville!”

The track was written and performed by Brodie Dawson, produced by Patrick Davis, engineered by Lee Unfried and Rory Rositas, mixed by Lee Unfried, with additional editing by Nathan Senner at Kinnikinik Studios, and Joanna Finley and Trent Woodman at Omnisound Studios. It was recorded at OmniSound Studios and mastered by Eric Conn at Independent Mastering in Nashville. The track features Tim Lauer as the band leader on keys, Bryan Sutton on acoustic guitar, Fred Eltringham on drums, Tony Lucido on bass, Justin Schipper on steel guitar, Kris Donegan on electric guitar, and Kristen Rogers on background vocals. With a long career working with major record labels and two critically acclaimed albums behind him, Hill is exploring the deeper electronic side of his music and influences.

The Subtheory’s sound speaks of Hill’s experience splitting his time between the UK and Los Angeles.The music draws from a darker, grittier version of a neo-retro dystopia: Bladerunner noir meets cyberpunk detective.

Andy Hill has always loved making music starting off with his parents’ mono record collection as he created on-the-fly remixes with pause buttons and the early days of MPC samplers before moving into the fully digital age of software DAWs.

Through the years, Hill has experimented and explored many genres but with a sustained ethos to create music that moves people - whether it be their feet, their hearts or their minds. 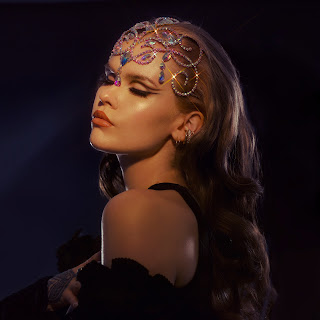 All There Is is a pop album at its core, blending modern pop sensibilities with strong R&B and soulful jazz influences from the 60s and 70s. Ina Forsman's music can be compared to the likes of Amy Winehouse, Christina Aguilera during the Back to Basics era, Yola, and the Monophonics.

The latest single from the album, "Love Me" captures the feeling of saying, "I love you" for the first time. The track's upbeat rhythm and old-fashioned arrangements will move your feet, but the composition's moody blues will make your heart flutter.

Ina Forsman, a Berlin-based singer influenced by Etta James and Christina Aguilera, presented herself as a promising vocalist on her sophomore album Been Meaning To Tell You (2019) and her eponymous debut album Ina Forsman (2016). Throughout her new album All There Is, she maintains those earlier influences while coming into her own.

All There Is is rooted in the romantic aura of the 1960s, a sound that makes no secret of her commitment to old school soul and jazz. Ina Forsman was inspired by the era's romantic songs that had a cinematic flair, so she chose to stick with a concept she calls "cinematic soul". Ina's powerful presence on each track gives All There Is a contemporary perspective on the sixties and seventies. 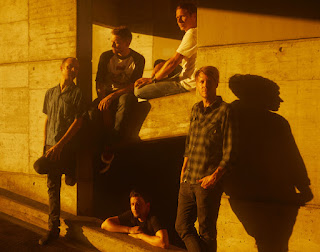 And already Gran Noir deliver the next hit to fill the summer gap with the catchy tune 'At The Sea'. After their radio indie hit «On and On», they also landed with their two latest tracks 'War Ends?' and 'Empty Heart' directly in the Spotify editorial playlists and on playlists of several radio stations from Europe to South America.

Now they are ready with another banger: Inspired by Harald Hauswald's photography 'Only when I dream, I am free', Gran Noir tells in 'At The Sea' about your view to the sea. Of what you were, what you are and what you want to be. About what connects us all - the longing for freedom.

The sublime and smoldering track pushes and rolls like a mighty wave to the California coast - where Beach Boys and Red Hot Chili Peppers once circulated their spliffs - yet is clearly a gran noir number.