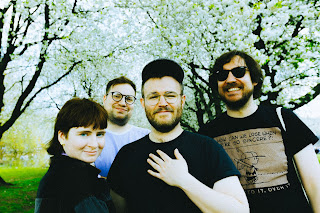 'Raise Hell' - the forthcoming new album from London punk band Fresh - resolves with our protagonist breaking free of a toxic relationship, joyously riding into the sunset singing doo-wops. It’s the first time on the album that the inner conflict settles, and contentment takes precedence. The band have shared the album's closing track 'Why Do I' as a single today, with their new full-length set to hit virtual shelves on 1st July via Specialist Subject.

“Sadness and self-doubt are acknowledged and present on ‘Why Do I’, but they don’t hold power over you anymore. There’s power in starting from scratch” says lead singer and principal songwriter Kathryn Woods. She expands; "Think Nicole Kidman signing divorce papers in 2001-vibes. There’s a real catharsis and joyous presence to this song, upbeat do-woop vocals, guitar riffs with a touch of delay and soaring lead vocals make it a great note to end the record on."

specialistsubject · FRESH - Why Do I 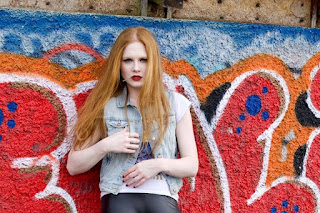 Belfast-based Rock/Alternative Artist A.N.J.A. becomes a dynamic burst of energy on her unhinged, anthemic new single "A-Bomb", out June 10 on streaming platforms. A.N.J.A.'s unique sound is laced with grit and dripping with realness, harkening back to retro punk and rock greats while boldly facing a dystopic, uncertain present with a fearless, electrified spirit.

“A-Bomb” is inspired by real life predators and power imbalances. The lyrics are a journey through dirty cityscapes and outskirts of depraved humanity. The song dances around the inevitability of human decay. Crime lingering around every corner.

It’s a criticism of messed up humanity, oppression, and danger within a superficial society where the incapability's of law enforcement and failed justice systems are ubiquitous and grinding.

Saying that, I don’t take myself - and especially my artistry- too seriously. My music is supposed to entertain. It’s supposed to be fun and after all, I’m doing what I love most. With my sound I want to show confidence in mixing fuzzy retro punk, modern electronica and feminine energy. 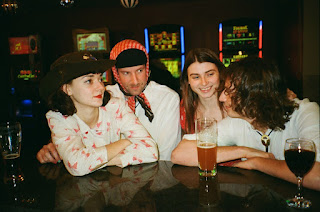 When COVID struck Montreal-based artist Nora Kelly was getting ready for her break-out with her grungy post-punk trio DISHPIT’s Steve Albini produced album, only to have the rug pulled out, as did we all. When the tide waters receded this spring, what emerged was the Nora Kelly Band, a nearly fully formed alt-country quartet, and a stunner first single, “Hymn for the Agnostics.” Today, Nora and her cohorts follow with “Change My Mind” in advance of two Toronto performances during Canadian Music Week (tomorrow at The Monarch, 9pm) and NXNE (June 18 at the Dakota Tavern, 11pm).

Discussing “Change My Mind” Nora noted, “The lyrics might sound like a familiar, pinning love song, however, when I wrote it, I was actually trying to write from the perspective of my very close friend who was in a toxic, long term relationship. I was single at the time and filled with horror whenever she would vent about her boyfriend. It seemed like she wanted to leave, but even more than that she didn’t want to be alone. She was always hoping he would do something to ‘change her mind’, to justify her staying.

I filmed the music video on a recent trip to Arizona for my cousin’s wedding. After the festivities, my parents and I rented a car and drove around New Mexico for a few days. I’ve always been in love with the desert, and I shot everything I could. Being from Canada, nothing feels more magical than the desert. Along the way I would get my dad to hold the camera while I lip-synched along, embarrassing us all many times. My mom also makes several cameos in the video with her iPad.”

During the pandemic lockdown Nora looked inward, asking hard questions about her relationships, which led her to rock’s roots. Out poured tunes about love, independence, and checking into the Purgatory Motel. Last summer she and friends played her songs by railroad tracks that run by her Mile End neighborhood, and people flocked to sing along until the cops chased them off. Words spread, propelling The Nora Kelly Band to play rowdy gigs at Ursa and other Montreal venues. 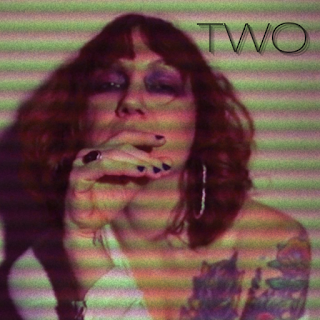 We are a little late getting this song here at Beehive Candy however it's still well worth a feature. Two is the opening track of Redgrave Jones’ debut EP, Luckiest Girl In The World.

Brooding, raw and Sexy, It’s a song that spent over a decade in incubation. The basic frame of the song was written when she was just 19 years old!!

She recorded the track with producer Jason Lowrie and the song features Anthony Burulich (The Bravery, Ween, Morrissey) on the drums, Scott Dolgin on bass, Jason Lowrie on guitar and Redgrave on keys.

Although this track was originally released as part of the EP, the pandemic halted the production of the video that Redgrave Jones had an iconic vision for. With that video finally produced she decided to give this track a new lease of life before new material was unleashed.