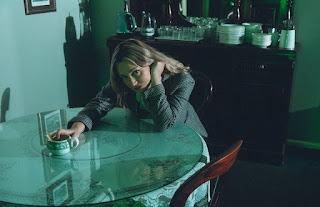 Getting lost in a window into somebody else's own existential crisis shouldn’t feel as joyful as it’s made to sound in Elizabeth M. Drummond’s sensational first steps as a solo artist. In her aptly named debut single out today titled “Crisis”, you’ll find a track that runs on the pure adrenaline that came from her own self-realisations and the honest reactions that followed.  Drummond was formerly a member of the critically acclaimed band Little May, who toured with The National & City and Colour, whilst headlining their own headline shows across the globe.

Speaking about the song Drummond said, “I wrote Crisis when I had moved cities after leaving Little May and a long relationship. I felt like everything I ever identified with had just exploded in front of me. I also realised I had been living on auto-pilot for as long as I could remember, and that I had been ignoring what I actually wanted for my life. At this point, I had started to feel a huge amount of relief and humour in surrendering to the idea that things couldn’t get any worse. In many ways I felt like I had become “no one”, and this started to become liberating. This song marks that time and those feelings for me.”

The song was written between Sydney & Melbourne, however, It was in Melbourne that she took it to her friend James Seymour for his opinion and he then went on to co-produce Crisis.  Drummond said “ We co-produced the rest of the song together at Small Time (a studio in Brunswick, Melbourne). We threw everything at it, and most of it didn’t work. Liam Gough (from The Teskey Brothers) played drums on this one. His playing really informed where everything else was going to sit dynamically. Zac Barter played strings on it, and that really added another layer of depth and weirdness to the song that I loved. As much as I like the song, I’m relieved I never have to produce it again - it was a bit of a pain in the arse.”

Ask Drummond who she is and she’ll describe herself as a self-confessed misfit with an anxious disposition. Her plans of pursuing a career in acting were sidelined by the breakout success of her band Little May, which she had started with her childhood friends. Their first release took off, a record produced by Aaron Dessner of The National followed and this inevitably led to them touring the world… It was fast, furious and it took its toll. Elizabeth M. Drummond pulled the ripcord, not for any selfish ambitions but to seek the time to repair herself, regain a sense of identity and beyond the band environment, to recover from the bruises of a few poisonous relationships. 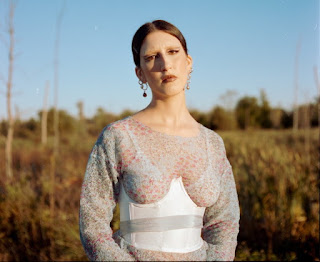 Claude—the Chicago based existential dream pop solo project of Claudia Ferme has announced that her debut full-length album, a lot’s gotta change, will be released on August 12th, 2022 via American Dreams Records.

“This album is a snapshot of my early-to-mid twenties — formative, sometimes confusing years,” says Claude. “I can pinpoint specific experiences and instances that correlate with each song. Yet, I was frustrated I still didn’t have things figured out like I thought I should and that things weren’t working out the way I’d hoped they would.” Through catchy hooks, wistful production, and deadpan humor, lead single “twenty something” reflects Claude's frustrations of society’s expectations when faced with reality, which is represented visually with an accompanying music video directed by Reilly Drew.

Regarding the video, Claude shared the following: “I wanted to explore the ‘snapshot’ aspect of the album and way of concretizing experiences through the different landscapes and outfits you see throughout. The emptiness and the surreal and dream-like quality of these spaces serve as a representation of my internal environment. I’m alone in each scene, on some strange kind of journey, walking, thinking, looking inward, even when I’m surrounded by people.” 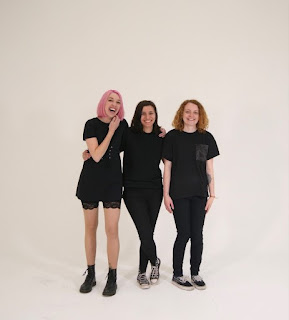 Berries have unleashed a third cut from their debut album ‘How We Function’. Rhythmic and rambunctious in equal measure, meticulous new track “Haze” seesaws between infectious and ansty in a beat and evokes how unexpected the onset of intrusive thoughts and mental hurdles can be.

Just as biting as earlier tracks “We Are Machines” and “Wall of Noise”, albeit with a more measured edge, the new track showcases the band’s tight musicianship and ability to find optimism and craft an arresting melody in a tough time.

“”Haze” represents the barriers we often put up and how scary but also uplifting it can be when they break down. The “Haze” descends when least expected and is hard to fight through, but it’s important to recognise the strength it takes to open up and fight past the intrusive thoughts and be the best version of yourself.”

Blending gravelly garage rock stylings with uplifting hooks and a hopeful vision for the future, “Haze” arrives as a third glimpse into Berries’ forthcoming debut  ‘How We Function’ — an album ostensibly about mental health struggles and the resounding empowerment of overcoming and learning to live thoroughly with them.

Having sieved the last four years of their lives through tight, crunchy guitar lines and puncturing rhythmic patterns, ‘How We Function’ explores the band’s musical and emotional DNA revealing what it takes to not only overcome personal problems but set yourselves down a path to being truly independent in sound, ambition, heart and mind. “We really couldn’t have put more into it,” adds Holly, “we are so proud of the end result.”