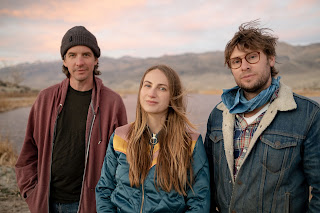 Heavy Gus - Still To Be.

California-based indie/rock trio Heavy Gus have shared their new single “Still to Be” along with the accompanying music video. The latest track to be released from their debut album Notions (out August 5th via BMG Records), the infectious song finds beauty everywhere it looks. The band stated, “‘Still to Be’ is about the roller coaster of falling in love and staying there. It’s an apocalyptic ode to dying hand in hand presented as a summertime love song.”

“Still to Be” follows the release of the high energy single “Weird Sad Symbol,” that Under The Radar called “genuine live-wire indie rock sound.” The long-distance-love-song “Dinner For Breakfast” is also out now along with the group’s psychedelic-tinged debut track “Do We Have To Talk?”

Formed in the high desert town of Bishop, CA, Heavy Gus is led by singer, songwriter, guitarist Dorota Szuta along with multi-instrumentalist Stelth Ulvang of The Lumineers and percussionist Ryan Dobrowski of Blind Pilot. The band took shape during the pandemic when couple Uvlang and Szuta (a marine scientist who also has a background in music playing with Laura Gibson and Gill Landry) took a socially distanced road trip to Nashville — picking up Dobrowski in Colorado along the way — to record at The Creative Workshop. The resulting collection of songs blur the lines between grungy garage band fare, hazy desert surf, and dreamy, sun-soaked indie rock.

Their debut offering calls to mind everything from Meat Puppets and The Breeders to Yo La Tengo and Acetone in its artful balance of hope and fatalism, loneliness and desire, strength and vulnerability. While all three bandmates came to Heavy Gus from very different worlds, they fit together like puzzle pieces, bound by the kind of love and trust that can only grow from years of deep kinship. Notions was engineered and mixed by Parker Cason (Margo Price, All Them Witches, Coin) and mastered by Pete Lyman (Chris Stapleton, Jason Isbell, Brandi Carlile). 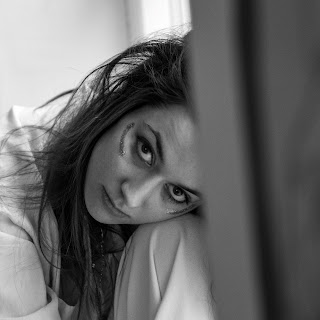 Raven Shelley tells us about herself and her beautiful new song - "I am a singer-songwriter based in Manchester. I write ethereal and poetic alt//indie-folk songs, inspired by a love of literature, poetry and visual mediums. I have a very broad range of influences, from Bob Dylan to Ani DiFranco, and Schiele to Nicolas Roeg.

I grew up in a rural part of the south of France, and educated myself in English Literature from a young age by raiding my parents’ bookshelves. Reading in English became my own private world, and I went on to study it at The University of Manchester. This is what impacted my desire to create lyrics that can also be described as poetry.

I try to be honest in the music that I write; I hope that all the hurt, all the anger, all the love, everything that runs through me can be found somewhere in my songs.

My first single, ‘Sink in Solitude’ will be released with The Animal Farm on the 24th June. It is heavily influenced by lines from Shakespeare and Shelley, and is about time passing by without achievement." 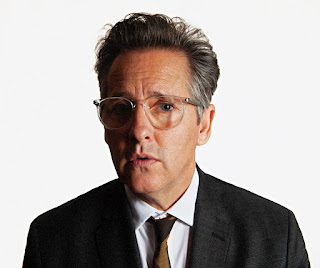 Acclaimed singer/songwriter Josh Rouse shares the summer-ready new single “She’s In L.A.,” from his upcoming album Going Places, out July 29 via Yep Roc Records. Featuring a laid-back groove, the song is accompanied by a camcorder-style music video inspired by Townes Van Zandt. Rouse recently spoke with Magnet Magazine, who called the album “feel-good strumming, off-the-cuff hooks and a mildly exotic groove that should translate perfectly to the live setting.”

"In June of 1993, I dropped out of college, planning on a move to Los Angeles,” explains Rouse. “The idea was to move there and start a band with a few friends, things you do when you're in your early 20's. I went to South Dakota for a few months to save up some money while living with my family. In late July, my bandmates decided not to go to L.A. I moved to Tempe, AZ, interning in a recording studio on an impulsive whim. While it proved to be a fruitful adventure (I also bussed tables at a Scottsdale resort), I moved back to Tennessee and re-enrolled in college six months later. I often wonder what would have happened had I gone to L.A."

Going Places came together over the last two years when Josh Rouse found himself unable to tour and hunkered down with his family in Spain. Together with his Spanish band, he began workshopping new songs in a small local venue owned by a friend, resulting in ten road-ready tracks with a looser, more relaxed vibe than his previous work. Where 2018’s Love in the Modern Age saw him take a left turn to keyboard-based retro-new wave territory, Going Places is steeped in classic guitar melodies, with touches of organ and horns, layers of backing vocals and a distinctive southern twang. Rouse has shared two previous singles, including the guitar-driven “Hollow Moon” and the 1970’s-inspired “Stick Around,” which BrooklynVegan called “a song that's warm, welcoming, unpretentious, and serves as a promising taste of the new LP.” 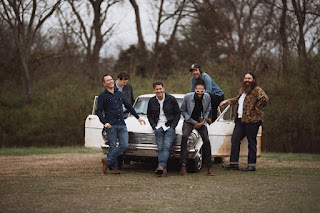 Old Crow Medicine Show - Used To Be A Mountain.

Two-time GRAMMY award-winning band Old Crow Medicine Show has shared the music video for “Used To Be A Mountain” off their critically acclaimed new album Paint This Town (ATO Records). A galvanizing meditation on environmental catastrophe, the video shines a light on the impact of mining in the Appalachian region.

Along with the video, the band has announced their partnership with Cumberland River Compact, a non-profit organization dedicated to enhancing water resources through education and cooperation. The partnership serves to bring awareness to the effects of climate change, connecting fans with ways to get involved in the local climate movement through local action. Cumberland River Compact will be present to share more information at the band’s upcoming June 25 performance at The Caverns Amphitheater in Grundy County, TN.

"I’ve been playing Appalachian music in Appalachia since I was a kid. West Virginia, Kentucky, Southwest Virginia, and East Tennessee are the places I love to play most. When you saw a fiddle in these settings it always feels like a homecoming. But time has dealt a hard hand to the region that gave birth to country music, and 'Used To Be a Mountain' is a song that wrestles with the issues facing Appalachia today,” explains Ketch Secor.

"I think that the Intrepid spirit of the mountaineers of the coal fields of the Southern Highlands and Appalachia are some of the hardest and most important for bearers of the American dream. I think that when you take away the natural beauty and destroy the ecology of places, you don't have a whole lot left to rebuild with. I know there's a lot of folks that are hurting right now in the communities of the coal fields. This song is there to both reflect that hurt and to ask the question, can we do something better for these folks? Can we do something better for these mountains, these hills, the flora and fauna, for anybody who wants to breathe clean air and drink clean water in Appalachia?"