The Hooten Hallers - Heal It.

The Hooten Hallers forthcoming album Back In Business Again is due out September 9, 2022 and heres the first taste! For the past fifteen years, The Hooten Hallers have been crisscrossing the country as inveterate road warriors, bringing their peculiar vision of Americana–a fiery rock and roll fever dream birthed in Missouri’s fertile musical heartland.

They’ve put so many miles into the road that they’ve burned through multiple tour vans and left twisted metal and frayed rubber strewn across the road behind them. With their aptly named new album, Back In Business Again, the trio roar back on to the international stage with ten incendiary new original songs drawn from their many travels and inspired by the hardships that all touring musicians have faced throughout a seemingly never-ending pandemic.

There’s hope in these new songs, but tinges of madness too, driven by the raw drumming of Andy Rehm, the infernal growl and swirling guitars of John Randall, and the low rolling baritone and bass saxophones of Kellie Everett.

The Hooten Hallers have always been musical colliders, smashing together everything from pre-war jazz to Chicago blues with jaunts around New Orleans and garage rock explorations with hints of anti-racist punk and Oi!. It’s Morphine meets ZZ Top along St. Louis’ Mississippi waterfront. Produced by bassist Dominic Davis (Jack White, Greensky Bluegrass), Back In Business Again takes a match to The Hooten Hallers’ fuse and explodes the renegade power trio to the edge and back again, one vigorous, swinging, perfectly peculiar song at a time. 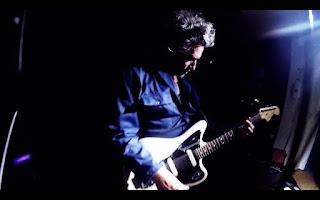 Pearl Diver - Look For The Light.

Marking the Summer Solstice yesterday, “Look For The Light” is the radiant new single release by Pearl Diver. The lead single and title-track of what will be the Oxford trio’s debut EP (released 15 July), it's a stately piece of lysergic rock that nods to the classic works of Radiohead, Pink Floyd and The Beatles.

As drifting and dreamy, as it is ethereal and elatory, “Look For The Light” pairs lucid arrangements with lyrics that celebrate the transcendent nature of the human soul and the flame that flickers within all of us.

Written by lead singer and guitarist Matt Sage whilst on retreat in a hut overlooking the North Cornish sea; mesmerised by his shimmering surroundings and at one with the natural world, he found himself in a consummate state of being. As he explains: “I was in a pretty deep and peaceful space within myself, in this beautiful setting, and I wanted to try and capture something of that feeling, and to express the simple truth that we all come from Love.”

An expression of the blissful feelings he felt at that moment, the sunshine-gilded words and melodies of “Look For The Light” fell naturally into place. Just as the Summer solstice opposes winter, day opposes night; the resultant Pearl Diver release finds a band creating a beacon of light and catharsis capable of counteracting the encroaching darkness of recent times.

“It feels to me to be a necessary antidote to all the pain and suffering and woes that we create in the world, out of our separation and forgetting what it is that we really are.” says Matt. “If we can connect to the Peace that is our essential nature, we are more readily able to cherish that in ourselves, and in each other.  I am hoping that this very simple song might serve as a healing reminder of that.”

Chiming with the themes explored within the song, “Look For The Light” arrives with an affecting DIY video shot by Matt during the first lockdown. Simply filmed in his local park in Oxford, it offers a unique document of that surreal period where the balance between mother nature and humanity felt like it was shifting in her favour once more. 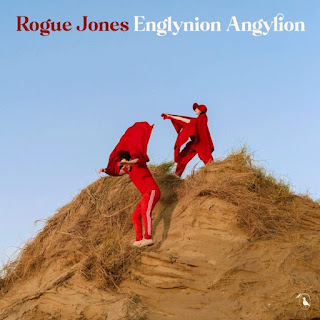 Englynion Angylion (The Poetry of Angels) is an euphoric call to arms with a message of empowerment, liberation and rebellion. It’s Rogue Jones "getting in touch with their inner witch and embracing nature”.

This, the bands first single taken from their sophomore album, started life as a Fiona Apple / Kate Bush brooding piano-led verse before being dragged to The Loft in 70s New York by the ghost of David Mancuso. Like the music that Mancuso loved and played, Englynion Angylion is ‘soulful, rhythmic and impart words of hope and redemption.'

The Guardian called Rogue Jones "a charmingly quirky band who deserve a cult following". By the evidence of Englynion Angylion, Rogue Jones are overflowing with charm and wider recognition won’t be far behind. As the band explained, Englynion Angylion "is our attempt at making straight-up 1970s orchestral disco but like everything we do, it comes out a little stranger. Country people trying to make big city music" and succeeding in bringing nature's rainbow palette with them to lighten the darkest of urban streets.