Ahead of the release of her debut self-titled EP on July 5th, Bar Pandora has shared new single 'Vice Vice Vice'. Bar Pandora is the alt-pop project of Coventry based artist Charlie Tophill, who has previously released music under her own name and also plays in York band The Howl & The Hum. The project owes its name to a literary cafe in La Latina, Madrid, where in 2017 she used to hang out with her friends talking literature, life and feminism over red wine and fizzy sweets.

Drawn to the idea of collaborating with a producer who works outside of the musical world she usually inhabits, Tophill began working on her debut EP with jungle producer Simply Dread. The result is deliciously off-kilter yet melodious alt-pop, playfully sewn together from the offcuts of personal experience; field recordings, journal entries and improvised fragments which bop along to a rich undercurrent of harmonic synths, guitars and dynamic beats.

New single ‘Vice Vice Vice’ is an unapologetically catchy pop anthem. “The song is a remonstrance to a neglectful lover. It’s about that push and pull you feel when you’re putting everything into a relationship and still being taken for granted," says Tophill. "It’s a crazy-making situation that I know too well, so it’s fun to be able to sing it out loud along to a pop beat and shout a bit at the end,” she continues.

The songs that make up Bar Pandora’s debut EP are penned with mischievous frankness, delivering confessional composites of personal histories, inner monologues and self-building proclamations which are simultaneously singular and familiar. "My lyrics are made up of my inner voices,” explains Tophill, who regularly uses lines from her diary in her songs. 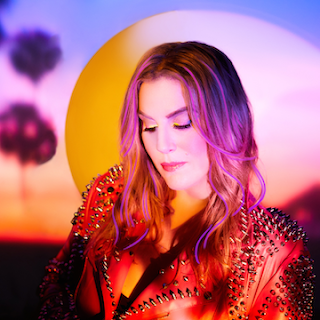 Crafting a unique sound, KiKi Holli’s music is beautifully vulnerable and nurturing, with themes of connection, healing, personal growth, and living in the moment. If her delivery seems genuine—empathetic even—that’s because it is. She’s been there. “You know, Amor fati — love your fate, love whatever is in front of you and embrace the moment,” she says.

Holli’s debut single was a breathtaking cover of Roxy Music’s “More Than This”, a raw and intimate version of the celebrated 80’s hit. Collaborating with acclaimed producer Ethan Allen (Throwing Muses, Tricky, Black Rebel Motorcycle Club), she was inspired to release her own version of the song in the midst of dealing with intense grief and loss.

Her new release, her first original song, “New High” is a celebration of simple pleasures, finding solace in your happy place and a returning to love after a time of hardship. With soaring vocals singing sunshine-dipped melodies over lush and blissful pop rock soundscapes, “NEW HIGH” is a welcome sonic escape, collaborating again with Allen to create a landscape of music that pulls the listener into the neon glow of a surreal joy ride down the coast of Malibu. 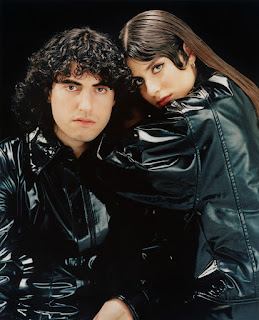 On their new single and video, Quasi Qui say: “‘Directorial Debut’ is a manifestation of hair-pulling frustration. A galloping attempt to escape one's demons (as portrayed by the ominous white sphere). A realisation occurs when the enemy was merely self-inflicted and what was in fact happening, was the ego’s movie script, being witnessed by the true self. Now it may be re-written.”

For years now, Yehan has turned heads with his production nous, making a plethora of bands sound more expansive and technicolour, though he’s more than just a slick producer. Before joining forces with Zadi in Quasi Qui, Yehan released three solo EPs earning him kudos from tastemaker publications like The Guardian, The Sunday Times and Clash as well as radio play from Elton John on his Apple Radio show.

The pair have a knack for taking sophisticated musical ideas and chord progressions and making them accessible. As well as extending the lineage of classic songwriting, drawing inspiration from everything from British synthpop to the great American songbook, Quasi Qui’s influences are modern and eclectic: Zadi loves Frank Ocean, Blood Orange and Sade, while Yehan is a disciple of the great and the good of production: Trevor Horn, William Orbit, Nellee Hooper and Bjork. “Everyone in our family is musical,” says Zadi, “and the list goes way back.” 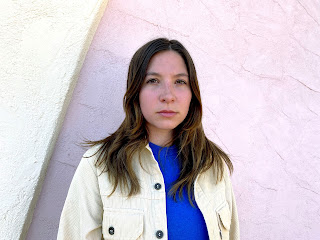 Toronto-based artist, Julianna Riolino has just shared her new single, "Lone Ranger" alongside announcing her debut full-length record, All Blue which is out via You've Changed Records on October 14, 2022. While also moonlighting as part of Daniel Romano's The Outfit, Riolino has slowly but surely been building a solo career of her own over the past few years with this debut LP following on from her 2019 EP, J.R. which helped to establish Julianna's musical direction while finding her open for the likes of Julie Doiron, Daniel Romano and Born Ruffians across North America.

Riolino knows how to capture and highlight beauty before it fades. She spent her days running up to the recording of her solo debut album helping restore the stained glass windows at St. Michael’s Cathedral in Toronto. Surrounded by symbols configured in bits of 19th-century French glass, Riolino couldn’t help but reflect on her own past and the memories of pains, healing, and love strewn through it. “It made me think about life as a balancing act, and we're all just trying to do our best to navigate it,” she says. That focus on morality and the stretch of time seeped naturally into Riolino’s Americana-indebted songwriting, resulting in the golden, fluid All Blue.

The true religious fervor both in Riolino’s life and in the LP is directed towards icons like Dolly Parton, Emmylou Harris, and The Band. Inspired by those artists, Riolino asked for a guitar as a child, and began teaching herself how to bring similar life to the melodies in her head. And while she honed her voice by participating in school musicals, songwriting remained a deeply personal venture. “I sang at every opportunity, but I didn’t share my songs with people until I was 18 or 19,” she says. The first song she decided to play for friends was “Lone Ranger”, a reimagining of which now acts as the lead single for her debut solo album ten years later.

yomiuristory said…
Excellent selection. All great tracks. NEW HIGH by KiKi Holli really stands out! So evocative with such beautiful vocals.
25 June 2022 at 21:54