Son Little announces his new album, 'Like Neptune', out September 9th via ANTI-, and in conjunction shares two lead singles, 'deeper' and 'stoned love'. Continuing to revolutionize the modern understanding and expectation of R&B, Son Little delivers an unadulterated transmission of Black American music performed in its praying and pleading mother tongue. Conceived in a cabin overlooking the Delaware River in upstate New York, 'Like Neptune' is an open and vulnerable portrayal of unbridled joy and self-acceptance. In this verdant space of freedom, Son Little transmutes the chronic pain of self-doubt into a beautiful opus about overcoming generational trauma, decorating the altar of the primordial blues and elevating the labour of healing to high art.

"In the beginning of lockdown, I went into a closet full of junk and found a couple of boxes full of my old writing books,” Livingston explained. “There turned out to be 72 books in there. The oldest book I got as a Christmas present when I was 9. In it, I wrote letters to myself about what was happening in my life. One page refers to a neighbor in Queens who abused me sexually around age 5. It was the first and only time I’d ever acknowledge this fact until after my 19th birthday, when I told my mother what had happened. She begged me to go to therapy. I went under protest. My attempt wasn’t sincere. I wasn’t ready. I thought I could just power through it.”

Years of anxiety, depression, panic attacks and existential dread ensued, often dulled or numbed by the effects of alcohol, drugs, or sex. A frightening car crash and arrest finally led him back into therapy in 2017. Aggressively employing progressive methods like EMDR and somatic healing, Livingston, with the help of a trusted therapist, began identifying the roots of his trauma, and where it lives in the body. But the biggest breakthrough came from Internal Family Systems, a methodology that recognizes responses to trauma triggers as distinct entities or ‘parts’ within the person, and requires the patient essentially have conversations with the different traumatized personalities within them.

“One day in therapy I started talking to myself– to that annoying inner voice that criticizes everything when you mess up. I asked them how old they were and they said ‘10’. I asked if they knew who I was, or how old I was and they said ‘no'! Strange as it all seems it’s had some amazing results. I’m able to soothe and comfort my inner…children.” 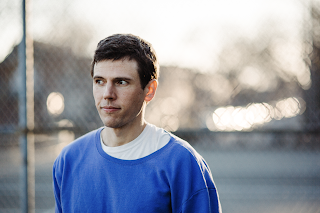 Matthew Bailey is a Toronto-based singer-songwriter, guitarist, producer and recording engineer. When not producing records or on the road supporting some of Canada’s finest songwriters, he can be found in his home studio composing songs and exploring the spaces between notes. Since moving to Toronto in 2006, Matthew has released original music under the band names The Long Haul, Staycation, Playdate, The Psychological Rangers, ES+MB, as well as albums under his own name.

Matthew has been a major contributor to a number of creative collaborations, including his production work on releases by Sameer Cash and Hiroki Tanaka, his role as guitarist/synthesist with Andy Shauf’s touring band and his film score for Billsville. Referring to his Camargo and Vol I releases, Music Works wrote, “Bailey’s curious mind conjures enthralling animated soundscapes for wired daydreamers,” aptly describing his aesthetic aspirations and devotions of recent years. The Wire described Manitoulin Tapes, a recent release with his duo Playdate, as a “blissed out lo-fi gem.”

Matthew’s music draws equally from ’60s pop and bedroom Casio noodling, attempting to take the familiar and twist it into something peculiar. Often taking cues from the loose and spontaneous production of records like The Beach Boys’ “Smiley Smile” and Arthur Russell’s “Love is Overtaking Me,” he embraces space, human error, and the excitement of a first take. 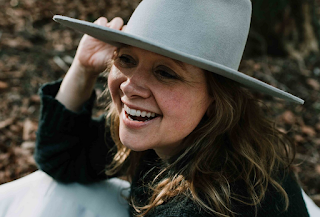 Erika Olson just released her indie folk pop single “ I Don’t Feel Like Fighting.” Inspired by a fight she had with her constant fighting with her eldest son after their family moved to England, “I Don’t Feel Like Fighting” took shape. Then the pandemic hit and she felt like she was right back where she started. She says “I started to get those crushing feelings again during the first of several lockdowns. The mantra came back to me amidst the nonstop busyness that accompanied my lockdowns - homeschooling three children, cooking nonstop, cleaning, trying to explain the state of the world. So, when I could snatch a quiet moment I began flushing out more lyrics to the song.”

On the verge of self-releasing her debut album, it has taken Erika several iterations of herself to get here.  She’s learned that change is her constant and her power is her ability to start again.

Over the past five and half years, Erika’s babies and her music have grown up side by side.  She used the calm moments in the sea of chaos - to hone her craft, study, practice, record, and perform. She’s amassed a robust catalog of original indie folk material that explores the aching beauty shrouded in the mundane and everyday.

Rooted in the stuff of ordinary life, Erika’s songs bear witness to the glorious and devastating moments that can only be seen when we slow down. She sings to look deeper, see clearer, and know better. Her music is here to wake us up to our precious and unique lives.

LUKKA - Wisdom of the Sun.

Lukka, the brainchild of German-born, New York City-based artist Franzi Szymkowiak, released her latest single + video, “Wisdom of the Sun” today to announce her sophomore album, Something Human, for an August 26. “Wisdom of the Sun” is a yin-yang ode to finding positivity in even the darkest of situations, almost Polyphonic Spree-ish in its triumphant, choral bliss. The video was directed by Simone Brillarelli.

Something Human speaks to both the head and the heart. At once an escapist psychedelic synth-rock odyssey and a timely shot of science-based spirituality, the 10-song LP wraps messages of oneness and self-determination inside multi-layered melodicism, cultured retro-electronica, and tastefully effected guitars. “Transmitting the message of love and oneness through music is very important to me,” stated Szymkowiak.

In essence a solo project supported by a semi-fluid band, Lukka’s sound is rooted in Franzi’s early influences growing up near Dresden, Germany – the Rolling Stones, Pink Floyd, the Beatles, The Who, Led Zeppelin – and, more recently, David Bowie, early Brian Eno, Flaming Lips, and Deerhunter. Extensive busking and performing around the world included four years in Australia, where she embraced that region’s new wave of psychedelic synth rock, including Tame Impala, Pond and Unknown Mortal Orchestra.

Having honed her craft and up-close human connection with just a guitar and loop station in intimate venues in Australia, New Zealand, and Argentina, Franzi relocated to New York City. There, the classically trained pianist joined post-punk quartet Clairaudience, before releasing her more rock-based debut as Lukka, Encounter, in 2018. A truly international affair completed by core members Ashley Gonzalez (bass), from Queens, and Australian-born drummer Simon “SiFi” Fishburn, Lukka’s sound has since evolved into something charmingly tuneful yet draped in swathes of delayed guitar and vintage synths.