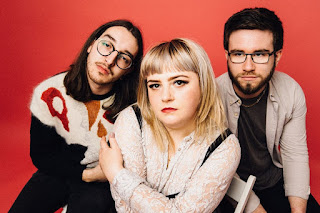 'Weithiau' (Sometimes) is an emotionally powerful song that is one half of Chroma's Double-A single 'Weithiau / Caru Cyffuriau'. This is the group's first release after joining the Libertino label. The songs were recorded live to capture the versatile and energetic sound of the Valleys trio by producer Kris Jenkins (Cate Le Bon, SFA, Gruff Rhys).

“‘Weithiau’ is about ending a relationship with someone that you love deeply. The process of coming to terms with the fact that the relationship doesn’t work, and putting your self first in that situation.” - Katie Hall, Chroma In perfect musical contrast to the sometimes melancholy 'Weithiau', 'Caru Cyffuriau' is a non-stop 'in your face' punk song about being a teenager in the South Wales Valleys.

“Caru Cyfffuriau is a song about being a naughty teenager in the valleys experimenting with drugs and sex because there’s not much else to do. I think there needs to be more stuff going on so young people don’t feel so isolated. We wanted to write a welsh language punk song that reflects young people's lived experience today.” - Katie Hall, Chroma. 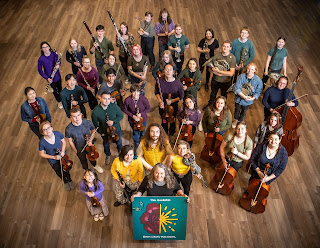 The Accidentals & The Kaboom Collective Studio Orchestra - Lady Of The Lake.

Critically-acclaimed folk pop band The Accidentals, whose founders Sav Buist and Katie Larson met in orchestra class at age 16, have partnered with Cleveland-based student orchestra Kaboom Collective to release an album on July 29 called Reimagined. The first single, "Lady Of The Lake," a whimsical love story, is out tomorrow.

The Kaboom Collective Studio Orchestra (founded/directed by Liza Grossman and Joe Weagraff) is a Hollywood-style studio ensemble made of 40 students between the ages of 15-25, who get hands-on training in scoring, arranging, recording, and more for everything from video game and film soundtracks to accompanying artists on their albums.

It was a no-brainer for The Accidentals, who hold dear the mission of music education, to partner with Kaboom - a while back, they even founded Play It Forward Again and Again, a music education nonprofit. They gave the orchestra 11 of their most popular songs to score and arrange, the band went into the studio with the students, and made an album.

Not only is there an album - The Accidentals are taking the *entire* student orchestra on tour, kicking things off with a performance at the Rock & Roll Hall of Fame on August 3, and making stops at Wrigley Field, the Mile Of Music Festival, and more. It's going to be priceless experience for these students, are are learning that there are many ways to make a career in music. 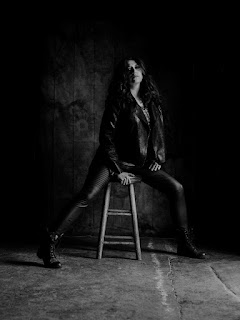 This latest track from Sara Syms, “Unknown Road,” brings those haunting vocals and almost outlaw-esque guitar progressions fans have come to expect from much of her work. A steady and constant drum backing is joined with those guitars and hints of organ and other trappings to create a unique and chilling auditory experience.

There’s an ear-catching effect layered on Syms' voice in some parts of the track that makes it sound as though it’s coming through an old radio; this definitely adds to the track’s ambiance, making it sound older than it actually is, creating the folky ambience that we know and love from Sara Syms.

Syms brings us on a sonic and visual journey, tying the single and music video perfectly. The video visualizes all of the places Sara is describing on this "unknown road," taking us right alongside her as she tells the story.

When Syms sings “I’m here/I’m there/I’m everywhere” she truly means it as her vocals in this track surround you. They are quiet and gentle, but possess a silkiness that tiptoes against your skin. The chill electric guitar that carries the track transports you somewhere else entirely. 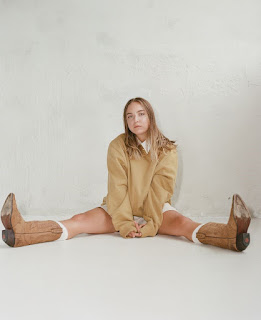 “Lowell is no ordinary pop chanteuse" says The New York Times, which is more than an understatement. In addition to being an artist in her own right with two critically-acclaimed solo albums, and her turn as a screenwriter (her debut Bloodthirsty premiered at Cannes in 2020), Lowell is a go-to songwriter for an eclectic collection of pop stars, including Demi Lovato, Charlie Puth, The Backstreet Boys, Alice Longyu Gao, and most recently, Charli XCX, co-writing the song “Yuck” on her 2022 album Crash.

After focusing on her writing for other artists over the last several years, Lowell is beginning to release new material under her own name, and today has shared the new single "Hamptons City Cowboy".

A follow up to her single “Guess I’m Going To Hell”, Lowell continues to effortlessly fuse classic 60s doo wop sounds with modern pop elements; but in contrast, “Hamptons City Cowboy” gives an upbeat yet mysterious take on the lure of a new relationship: "I wrote this song about a light love, the early stages of a relationship when everything is still all a mystery. Unlike some of my other more introspective songs this is really just a fun and flirty Friday night out."