Following the announcement of their debut album Souvenirs, coming out on September 2, Totnes’ Pale Blue Eyes yesterday shared a new track from the record.

“It’s a hopeful and uplifting track,” says PBE singer/guitarist Matt Board. “It’s about daydreaming of the future and riding out difficult times together – kind of fantasizing about somewhere far away. It touches on times at art college, where there was a student bar called The Rat & Emu, out in the middle of the countryside. I remember the stars seemed so bright overhead.”

Souvenirs was recorded in PBE’s own Penquit Mill studio, just south of Dartmoor, the studio having been funded by a bank loan and endless part-time jobs. PBE are the couple Lucy and Matt Board, crucially aided by Motown-mad bassist Aubrey Simpson. Matt (vocals/guitar) and Lucy (drums/electronics) met at Dartington College of Arts in South Devon, a storied establishment that’s been enlivened over the years by people including Igor Stravinksy, Yul Brynner and John Cage.

Lucy’s dissertation was titled “An Investigation into Sheffield's Alternative Music Scene Between 1973 and 1978, with Particular Reference to Cabaret Voltaire.” The PBE album was mixed and mastered by Dean Honer (Eccentronic Research Council, Moonlandingz). Dean has been an integral part of Sheffield's electronic scene and has mixed artists including Róisín Murphy, The Human League and Add N To (X). 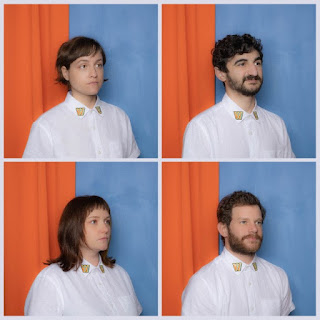 Well Wisher - Need You Around.

Egghunt's brand new signing, NJ Pop-Punks Well Wisher are sharing a video for "Need You Around" - a love song written for lead singer Natalie Newbold's partner which features the band performing in front of fan-submitted photos of things they "need around."

We're not announcing the album quite yet, but you can preview the whole thing below and you're welcome to say there's an LP forthcoming in the fall.

The album is fantastic, a great fusion of the band's punk roots with strong melodic and raw production influences from the Pixies, Elliott Smith, Phoebe Bridgers. Listen to the "alone in a room" acoustic ballad "Emily" which sounds like it was captured almost by mistake, with Natalie left alone in the studio late, or the massive hooks on "Panic" and "Do Better." 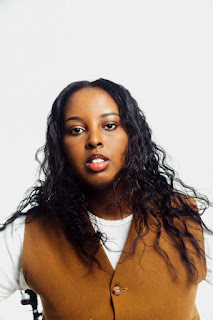 About "twinkie": "A song I wrote about the tenderness of time, time as a source of love, and the way time is the ultimate parent. Starting over is as sweet as a golden sponge cake. My dearest friend Shamir, played guitar and drums and my friend Grant played bass on a rainy day in Fishtown Philadelphia."  - Maryam Said

About the "twinkie" Video: The song "twinkie" is about starting over so it was great timing to have Emma (Cosgrove) and I shoot the video while the flowers were blooming. Emma had some previous footage from a film she was working on about flowers. I've always been a huge fan of Emma's work and her artistic eye, so I was excited to work with her.  It was shot on film on a beautiful spring day after we both had two iced Americanos."

Poolblood, the musical nom-de-plume of Toronto’s Maryam Said, is an ethereal spirit of punk rock, swirling and dancing in the air with a collection of gorgeously orchestrated bedroom pop music. Raised in a religious household at arm’s length from popular music, they nonetheless found themselves drawn in by the music of Yusuf Islam (Cat Stevens), who left an indelible  imprint on Said’s relationship to music and songwriting.

The results of their upbringing–time spent practicing chords in guitar class, learning about hardcore from friends after school and honing their songwriting as an early teen–is a winding path of melody, making stops along the way to dabble in everything from noise rock to lush and gorgeous pop hooks. 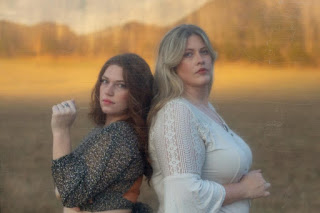 The Local Honeys - Throw Me in the Thicket.

-“Growing up on an orchard was a gift,” says Linda Jean Stokley who, along with Montana Hobbs, makes up one of Kentucky’s most treasured musical acts of this century, The Local Honeys. “I grew up surrounded by plants and animals and people who knew how to care for them.” The orchard Stokley speaks of is the centerpiece of The Local Honeys’ brand new tune, “Throw Me in the Thicket (When I Die),” a beautiful mix of sweet, clawhammer banjo, rock and roll drums, and melodic vocal and fiddle lines fit for such a touching tribute.

“‘Throw Me In The Thicket’ is somewhat of a love story to my home,” says Stokley. “I never want to leave.” Last Wednesday, The Bluegrass Situation premiered “Throw Me in the Thicket (When I Die).”