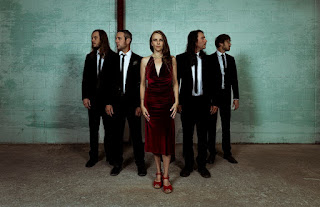 The Deer - I Wouldn't Recognize Me.

The Deer’s 2019 label debut Do No Harm marked a set of breakthroughs for the Austin five-piece. Bandcamp called it a “a country-rock dream machine,” while NPR described it as "haunting and gorgeous ... moody and incapacitating." The album topped the KUTX chart and earned a nomination for the Austin Music Awards’ Album of the Year. When live music took global pause, The Deer had momentum to sort. They took it to the studio, a pressure cooker not only for creativity, but suddenly, for existential contemplation. The result is an uninhibited collection reflecting upon what it means to lose your sense of purpose.

Lead single “I Wouldn’t Recognize Me” is a vibrant embrace of the endlessness of change, in fact, an energized readiness for it (All in all is falling upon us). Lyricist and frontwoman Grace Rowland considers it a letter to a younger self. Rowland shares: If I could go back and give my younger self some advice, she may not even realize it’s her. But I would tell her to care for herself like she does for the world, to take a stand for what she believes in, and to be ready for it all to change. The self is a collective of different versions of the same person, and it will always be up to that little girl - and every person she decides to be at every time in her life - to set her future self up for success, and to be kind to and forgive her past self. 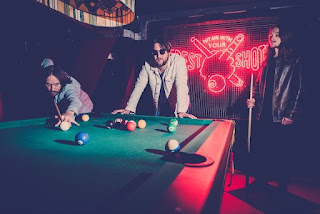 Mexican Dogs - When Its Gone.

Liverpool rock’n’rollers  Mexican Dogs have unleashed the video for new track “When It’s Gone”. The retro-tinted video arrives as the trio announce their signing to Fretsore Records for what will be their debut album, just a year after signing a deal for their self-titled debut EP (out now).

Of the recent signing, Mexican Dogs explain: “We’re honoured and thrilled to have signed our first album deal with Fretsore Records. We’re so pumped to have our music played on the likes of Radio X, BBC 6 Music, Planet Rock and Absolute Radio that this next step felt like a no brainer. We’re playing the new tracks on the road so can’t wait to get them out into the world. Looking forward to working with Ian Sephton and the team on our first big album rollout..”

With recent release “When It’s Gone” serving as a thunderous testament to a band who are going places fast, the accompanying new video is a nod to the cavorting canon of ‘70s glam-rock influences that brought the track to life.

Directed by Liverpool-based Dan Hewitson, who has previously worked for clients including BBC Match of the Day, Adidas, Liverpool Sound City and Record Store Day and directed music videos for the likes of Jamie Webster, Red Rum Club, SPINN, and Trudy & The Romance, the video sees the band deliver a playful live performance of the rugged and raucous track.

Evoking the allure of rock’n’roll of yesteryear,  the new cinematic accompaniment to “When It’s Gone” is all sepia tones and fuzzy static shots — with a healthy dose of leopard print shirts, glitter-clad drums, fur-trimmed coats and long hair hammering to rip-roaring riffs. 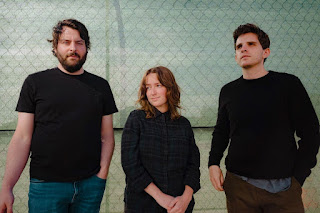 Last month Art Moore announced their debut self-titled LP which will be released via ANTI- on August 5th. A new group composed of Boy Scouts' Taylor Vick and Ezra Furman collaborators and bandmates Sam Duerkes and Trevor Brooks, Art Moore announced the record with a single called “Muscle Memory,” and today the band are back with a new track from the LP entitled “A Different Life”.

Art Moore's songs are composed like short stories, with each one functioning like a vignette, a window into an emotional circumstance. The electronic elements that gild Art Moore are subtle, but add distinctive shading to each story. The strobing synth pulse that undergirds “A Different Life” shifts the weight of the song dramatically from a heartbroken lament to something that bristles with the endless possibility that comes part-and-parcel with a breakup.

"A Different Life was inspired by the experience of daydreaming up another version of your life," Vick explains. "I can easily get caught up in the imaginary worlds in my head, overwhelmed by the endless possibilities and versions of me that exist within them. But I am most fascinated by the version just parallel to this one, the one with only a few differences or enhancements. This song is about the experience of longing for that not so far off possibility." 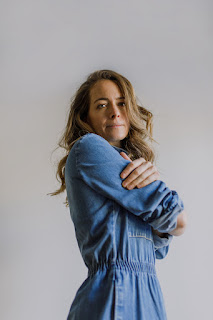 Nurdjana - Do the Right Thing (Revision).

Nurdjana is a Canadian vocalist who was born and raised in the Netherlands. She’s been immersed in music ever since as a little girl she tagged along with her dad Rob de Rijcke.

He was a singer/songwriter and guitarist and when Nurdjana started singing it was only natural to start making music together.

Rob was a composer of dreamy songs full of love and sadness. Nurdjana and her dad won songwriter competitions, recorded music and played lots of gigs together. He was a modest man and modesty doesn’t bring fortune and fame. But that was not what he was after. He was only after poetry and that was what he found.

Nurdjana is a true advocate of her father’s music and after taking a break from singing when he passed away, she is back full force; determined to put her dad’s music back in the spotlight. Her sound has been described as delicate, yet soulful and jazzy.

Her first EP, ‘Coming Home,’ was released on June 14th. All songs are written either by Rob or by the duo of father and daughter, some completed by Nurdjana after he passed away.
Nurdjana · Do the Right Thing (Revision)