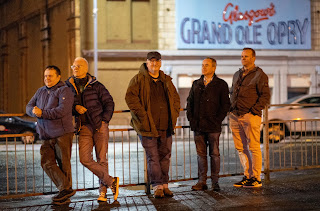 The Orchids - This Boy Is A Mess.

Sometimes it can take several years to realise what you’ve been missing.  Sometimes it can even take decades....  (If you already know all about The Orchids, well, you’re going to like Dreaming Kind a lot.)

The Orchids were making sophisticated pop music right back in the early 1990s when Sarah Records first started.  Their songs were as emotionally pure as anything else on that label, but they were always a step ahead of their peers in terms of song arrangements and musical ambition.  With a casual, unpretentious air they made writing perfect pop songs seem easy, almost accidental, and several great releases followed.  The Orchids gained a passionate following: people knew a good thing when they heard it and they hugged it close.  But now it’s time for the rest of the world to be let in on the secret.

The songs themselves are a beautiful mix of strength and gentleness.   They wrap you in a powerful embrace, making you feel comfortable and secure – and then whisper their insecurities and anxieties into your ear.  They say: ‘it’s OK to admit weakness.   It’s OK to be fragile.  That’s where true strength comes from’.  From Glasgow, and proudly Scottish, the band shares a musical lineage with other great groups from that city, from Aztec Camera to Orange Juice, Lloyd Cole to Teenage Fanclub. All bands that specialise in song-writing that that can tell big stories through small fragments, that can make the ordinary extraordinary.

Producer Ian Carmichael has helped the band create a perfectly-crafted masterpiece. He subtly accentuates the drama of the songs, with a sophisticated choreography and gloss that never overwhelms the tenderness of the music.  In ‘This Boy Is A Mess’ (the first single from the album), the lyric confesses frailty while the music gets stronger and stronger.  It is bittersweet and exhilarating at the same time. ‘I Want You, I Need You’ has harmonies as big as a house – but the yearning message remains intimate and close.  ‘I Don’t Mean To Stare’ is a sophisticated new version of the track that first appeared on the Under The Bridge compilation earlier this year.

Album opener ‘Didn’t We Love You’ daringly opens up empty spaces where the reverb of the drums is the only thing you can hear... and then floods your ears with a harmonised chorus, sweet guitar melodies and sweeping effects.  Even then, the lyrical lament, expressing the desire to live in a better place - a place unspoilt by the greedy phonies who’ve taken over – comes across as clearly as if Hackett were leaning over for a friendly chat in the snug bar of The Orchids’ favourite Glasgow pub.

Rob and Amelia (Skep Wax Records) say: “the first gig we went to after lockdown was the Preston Popfest.  It was an emotional occasion: many bands were playing for the first time in two years.  The Orchids were really special that night.  We were surprised to hear so many new songs, and such great new songs too – really powerful.   That’s the night we decided to ask if we could release their album.” 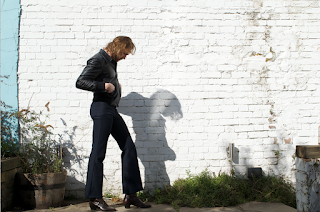 Andrés Alcover - Where Did We Go Wrong?

Coming as a glimmering follow-up to his string of 2021 releases — including debut single “Untouchable” — the new track is a daydream-inducing cut of twinkling percussion and gently twanging guitars underpinned by Andrés’ laidback vocal delivery.

A delicate web of vintage-tinged rhythms, textured guitars and cushiony harmonies, “Where Did We Go Wrong?” stirs to life with gentle acoustic guitar plucks before blossoming into a more complex arrangement of mellow instrumentation that glimmers like a long-lost relic found in an abandoned ‘70s LA recording studio.

Written, produced and arranged by Andrés himself, the artist explains of the track’s production: “I wrote the song a couple of years ago, my time split between Spain and the UK, and recorded it at my flat in London. However, the drums were recorded in an old abandoned theatre-turned-studio in Majorca by Spanish drummer and good friend Tomi Solbas. He created the perfect sound to accompany the rest of the instrumentation, and you can really hear the room’s texture.”

Despite its gentle rhythms and dreamy melodies laced with optimism, Andrés’ lyrics grapple with more existential themes. With his earlier releases dealing with estrangement, loss and a sense of an internal search, the songwriter’s knack for melding deeper ideas with drifting instrumentals is showcased clearer than ever on “Where Did We Go Wrong?”.
Andrés Alcover · Where Did We Go Wrong? 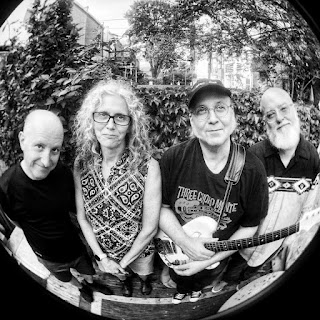 The Special Pillow return with a new EP and single "Mind Wipe" which is also the title of the EP. The band have been steadily putting out eccentric weirdo psych/pop/folk over the last few years with yet another release already in the works. Mind Wipe feels a lot like those golden indie-psych years of the late 90's bringing to mind Terrastock Festivals, Elephant 6 artists like Elf Power and Fablefactory, and folks like Beavis Frond.

Since 1995, The Special Pillow have trafficked in catchy and confounding songcraft that has earned them notable fans like Yo La Tengo, who covered the group’s classic “Automatic Doom” in 2015. The Pillow’s 2020 releases, the World’s Finest EP and a cover-version single of The Who’s “1921,” garnered extensive underground attention and accolades, but now Mind Wipe is here to make you forget all about that old news.

Mind Wipe is the group’s first project to be recorded at Brooklyn’s Deep Dive studio with longtime engineer Mitch Rackin. The band consists of bassist and songwriter Dan Cuddy (ex-Hypnolovewheel); Katie Gentile (Run On) on violin and viola; Peter Stuart (Headless Horsemen, Tryfles) on a remarkable selection of guitars; and Eric Marc Cohen (Fly Ashtray, Autobody) on drums and percussion.