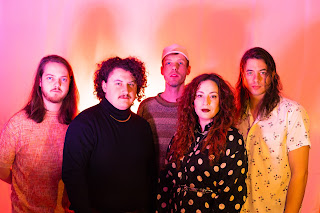 The Toronto-based band, Tallies are today sharing their new single, "Memento" which comes as the final advance preview of their forthcoming album, Patina which is out this Friday, July 29 via Kanine Records (US), Hand Drawn Dracula (Canada) and Bella Union (UK/EU). The latest single arrives following a string of recent tracks which have found support at many major publications and notable radio stations.

Speaking about this new single, Sarah of the band says: "I am a firm believer in “what goes down must come up,” people usually say the opposite, but this is a motto I’ve used throughout my life. When things aren’t going well, they have a tendency to bounce back. 'Memento', to me, is my pick-up song. When I sing “gotta get you on your way now”, I’m saying that it’s time to move on and move forward. I’ve had many moments in my life where I’ve lost momentum and felt directionless like I’d fallen into a black hole. It’s hard to crawl out of the hole and get back on track. I think there are a lot of people who spend their time thinking about how they need to get back on track. Listen to this song and remind yourself it’s time to look forward and lean into the future."

The balance of optimism and something more world-weary and wise is symptomatic of Tallies' music, this new single "Memento" lays into those ideas once more while drawing on gliding, shoegaze-adjacent jangle-pop reminiscent of The Sundays, Galaxie 500, Ride, etc. While many of their songs are upbeat, with Frankland’s breezy guitar lines drenched in reverb, soaring over Cian O'Neill’s propulsive drumbeats, Sarah’s lyrics pull out deep thought and emotive responses to day-to-day struggles.

Coming produced by Graham Walsh (of Holy Fuck, previously helmed records by METZ and Alvvays) alongside Dylan Frankland of the band at Palace Sound, Baskitball 4 Life and Candle Recording in Toronto, Patina arrives as a true labor of love; one that was delayed due to the pandemic but ultimately marks a truly rewarding collection for the band. Upon sharing the music with labels, it pricked the ears of Cocteau Twins' Simon Raymonde – a hero of the band – who signed Tallies to his Bella Union label, providing "a light at the end of a dark tunnel" according to Sarah Cogan of the band. 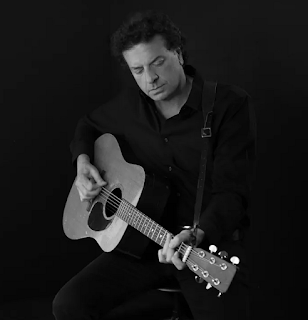 New York-based singer-songwriter and folk artist Steven Keene is adept at handcrafting consistently powerful and timely songs with the ability to resonate across generations, with deeply meditative lyrics and lessons that deliver progressive,  universal messages of hope to the collective consciousness.

The newest emanation of Keene’s signature ethos arrives in the form of his latest single “Soon” (out now via Reviver Records), a track that seamlessly melds a James Agee-styled social critique with the ardent defiance of the best in American protest music. Once again leveling the sights of Keene’s masterful compositional craft dead-center on the faltering heart of the matter, “Soon” holds an unflattering yet hopeful creative mirror up to the great lumbering leviathan of a numb world sleepwalking into yet another World War.

Whether motivated by ignorance or outright disregard for the most costly lessons of human history, or by an equally untenable lack of collective self-awareness — it has now become frighteningly clear that the world is falling in, single-file, behind political pied-pipers bent on night-walking us straight into chaos. An eloquent creative effort to reclaim some sense of collective reason and spiritual autonomy, “Soon” represents a kind of exorcizing incantation against unwanted hate, propagated by powerful corporate and governmental interests who run the world and have too much to gain by sowing discord around difference.