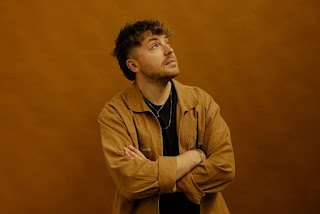 On ‘White Noise’, Jackson’s eclectic sonic vista expands from the hushed acoustic lushness of ‘Lost In Seasons’, inviting the listener further into his intimate world, with subtle electronics and gorgeous airy atmospheres layered over organic drums and double bass. ‘White Noise’ washes over the listener like a cool summer breeze, with Jackson’s soft vocal hooks and melancholic tones penetrating that inner psyche. The accompanying video is the first of three videos which will progressively expand visually to narrate the Album’s journey to a November 2022 release. “White Noise” sees Jackson on a secluded beach, the waves and sea foam crashing behind as the song’s moods progress and expand.

Having cut his teeth at New York’s Nylon Studios, Jackson carved out a career with award-winning film and TV scores including a long standing collaboration with Tim Minchin on the acclaimed Sky Atlantic drama ‘Upright’. 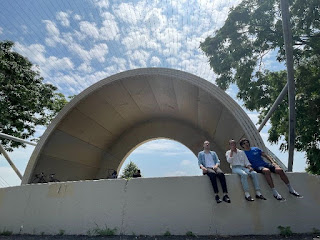 After a period of quiet in which he focussed on his academic work, Nania, now living in the Brooklyn neighbourhood of Williamsburg, returned to these original sessions in 2021 with a bag of new material and regular collaborators Jonah Maurer and Mike Mimoun. After a while demo’ing new material with Maurer during the pandemic, Nania discovered that he shared an apartment building with engineer John Epperly (Veldt, Daddy Long Legs, Baby Shakes), and so without further ado they booked in time to track new material and mix the 2017 sessions. After a few roadblocks, including Mimoun’s newborn baby Noam arriving the day the album’s tracking sessions were to begin, the band eventually had themselves a record. 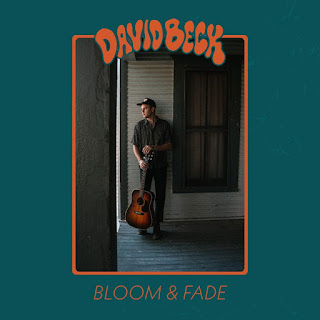 When it came time to take his new collection of songs into the studio, noted bassist, songwriter, producer, and recording artist David Beck started the process with a simple, albeit off-the-wall, question that led the entire project into a new, adventurous atmosphere. “I’d discovered this idea with my buddy Ryan Quiet when I was producing his single,” says Beck. “We talked about these hypothetical situations—what if Dwight Yoakam did a record that was produced by The War On Drugs? What if Robert Earl Keen-like stories were seen through a Coldplay soundscape lens?” With those stylistic guidelines, Beck’s imagination and artistic creativity thrived.

Having an affinity for both Texas storytellers by like of Keen, Guy Clark, and Rodney Crowell and the modern indie rock of Coldplay, The War on Drugs, and Big Thief, Beck’s upcoming album Bloom & Fade creates a cinematic world built around endearing storytelling and a soft, airy sonic palette. While Keen and Coldplay may seem like polar opposites of the musical spectrum, finding the connective tissue between those two worlds gave Beck additional perspective for Bloom & Fade’s pensive, visceral reflective nature.

While previous solo efforts, Good Nature and Tascam, Vol. 1 & 2, embraced a lo-fi temper and tone, Bloom & Fade is a cascade of vibrant, crisp, and warm sonic hues and tones that channel central Texas meadows wet with morning dew, bouquets of Hill Country wildflowers, the low hum of city streets, and the ambient splendor of being beneath a cloudless starlit sky. “This record, I had a very clear goal,” says Beck. “There were some discoveries along the way, but I wanted to make the best-recorded album that I could at a high fidelity studio. I’ve always messed around with the format, but I wanted to do one without any restrictions.” 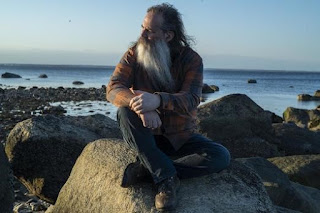 Bill Scorzari - The Broken Heart Side Of The Road.

Bill Scorzari is excited to release “The Broken Heart Side of the Road” as the 2nd single (and 2nd music video) from his upcoming album, The Crosswinds of Kansas (independently released Aug 19). In “The Broken Heart Side of the Road,” Scorzari recounts a hard tale of the destruction of a relationship, set to traditional roots music, while with upbeat mandolin and banjo lines prominent in the mix, and a Dobro swell tugging at your heart in the distance.

He tells Glide Magazine, “I started writing ‘The Broken Heart Side of the Road’ back in 2015 and then it kind of fell off my radar for a while. When I returned to New York after the end of the Now I’m Free tour in 2019, I found that it fit really well with the other songs I was writing at the time, and so I made a few changes to the lyrics and reworked the song structure until it felt right. The lyrics sprouted right out of the chord progression and, at least on some level, are grounded in time I spent in my childhood, learning from my dad how to plant and care for growing things. I especially loved being able to work a lyric into the first chorus, about the risks of planting corn too early in the season. ‘And then a cold rain in the morning corkscrewed my cold-planted corn, and then half my crop took twice the time to grow.’”

Bill recorded the acoustic guitar and vocal tracks for “The Broken Heart Side of the Road” (and much of the 13-track album) in his studio—First Thunder— in New York in late 2020. In mid 2021, after many people had gotten vaccinated and it appeared to be relatively safe to travel again, Bill drove to Skinny Elephant Recording in Nashville, TN (where he previously recorded Now I’m Free 2019) and met with album Co-Producer Neilson Hubbard (drums, percussion), Michael Rinne (upright bass), Fats Kaplin (fiddle), Matt Menefee (banjo), Brent Burke (Dobro), Will Kimbrough (mandolin), and Engineer Dylan Alldredge to record their parts live there together for the song. Later, in September of 2021, Bill returned to Nashville to work with Dylan on the final mixes and they recorded Marie Lewey and Cindy Richardson Walker, a/k/a The Shoals Sisters, singing the backing vocals to “The Broken Heart Side of the Road.” Lewy and Walker recorded backing vocals for a few of the other tracks. For some of the other songs, Rinne also plays electric bass, in addition to his upright, and Kaplin adds his richly melodic and rhythmic sensibilities on pedal steel guitar, and viola, in addition to his fiddle.