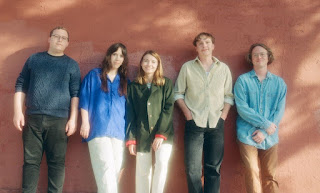 New-York-by-way-of-Texas transplants Why Bonnie share a new single, “Nowhere, LA” from their debut album, 90 in November, out August 19th on Keeled Scales. On “Nowhere LA” - LA as in Louisiana - Blair Howerton uses a broken down car on an isolated road as a metaphor for a stalled relationship: “I know I walk fast, but my heart moves so slow,” she sings. Howerton elaborates: “Inspired by a true story of breaking down in the middle of nowhere Louisiana with an ex, this song is about looking at a relationship in the rear view mirror. Once you’re further away from a place, you can see it all more clearly and with a bit more understanding.” In-step with previous singles “Sailor Mouth,” “Hot Car, “90 in November,” and “Galveston,” “Nowhere, LA” is emotionally-charged and driven by rousing guitar.

90 in November is inspired by fellow Texans Townes Van Zandt, Blaze Foley, alt-rock like the Lemonheads and the Replacements, the eccentric pop of Sparklehorse, and Sheryl Crow.  As Uproxx points out, “Why Bonnie glistens with the same sun-soaked sentimentality as that of their label-mates…early singles from their upcoming debut album, 90 In November, flash polish in Howerton’s ambitious lyricism and reassuring melodies.”

Through 90 in November, Howerton propels her songwriting forward into new realms of emotional sincerity and her band to new heights of sonic adventurousness. The songs are full of poetic, cinematic lyrics that flash like colorful scenes glimpsed from the window of a car as it barrels along an interstate highway cutting through the Lone Star State, each one a road stop revealing a different facet of Howerton’s experience. The album is a dynamic introduction to a more raw-edged indie sound from a band who have matured from bedroom dream pop into a sophisticated rock act, their evolving sound a reflection of the journey undertaken by Howerton on this vividly rendered collection of songs. 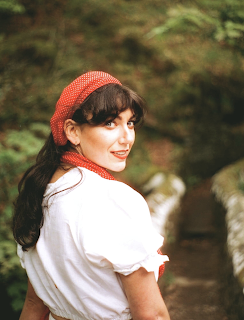 Glimmering with balmy rhythms that are as sleek as they are lo-fi-tinged, “Jungle” is a scintillating masterclass in gauzy pop production.  With alluring, sun-drenched melodies that nod to poignant and melancholic themes but ultimately reach an all-the-more optimistic conclusion, Solis says of the track:

“I wrote this song when I realised there’s always an option, always a way out, the hardest part is realising that. The EP as a whole was written from a place where I didn’t feel I belonged and was dreaming of something else “Jungle” and “Osmosis” in particular are about living in the city and being part of the rat race, the never ending cycle of work and spend and very little time for living.”

Taken from the Manchester-based artist’s new five track EP ‘Open’, the release comprises five tracks including hypnotic earlier single “Be Together” and debut release “Jigsaw”. Across its five tracks, Solis flexes her knack for dreamy vocal melodies, ethereal rhythms and glinting, laidback percussion. Written by Solis, recorded at her home in Moss Side and produced by Andy Connor, ‘Open’ also features Jack Winstanley on bass and Max Barron on drums to bring the EP’s stellar set of songs to life.

Opening up about writing and recording ‘Open’, Solis explains: “I wrote these songs about 4 years ago. As soon as we finished recording, I had a really serious car accident which had me recovering for a very long time and I’m finally ready to release this body of songs. This EP ‘Open’, will be followed by a second EP shortly after, both EPs were intentionally written to follow each other and act as a big body of songs.” 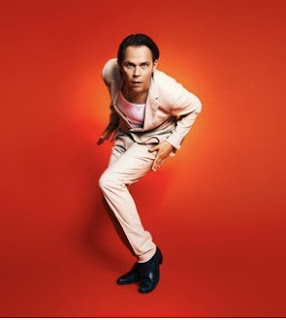 Austrian Indie Rock artist Tanzos delights with his latest rock single ‘Mood Swings’ available now. After the success of his single ‘Birdy,’ the singer returns with his new guitar driven single focused on capturing the complexities of a struggling mind.

Launching straight into an energetic outburst characterized by his usual squalling guitar riffs, Tanzos sonically embodies a conflicted psyche. The chorus, raw and passionate, while favoring the snappy guitar, also provides space for his robust vocals and powerful lyricism that raise supreme and convey the eruption of repressed emotions.

The multi-faceted artist, is no stranger to the music industry. Previously the frontman of the indie -rock band ‘Zeronic’ and with two nominated albums in the ‘Best Alternative’ Category at the Austrian Music Award ‘Amadeus’, Tanzos’ success is a growing trend.

About the single, Tanzos says: “Mood swings is quite an unfiltered and direct song. I was trying to capture the difficult emotions of someone who is already used to internal struggles. But sometimes it´s just too much, you get overwhelmed and lose control“.