With messages of healing and exploring the multiple facets of love - both dark and light - Messages from Aphrodite by Lauren Monroe will be released on September 9, 2022. In anticipation of the album, she has released the new video “Void of Course.”

The term “void of course” is an astrological term defining a state of the moon where it appears isolated as it transitions away from one planet and moves toward another. Monroe used this as a metaphor to explore the struggle of an unhealthy relationship. “I thought it was important to explore the shadow side of love, which is painful but has gifts for us to receive.

The lyrics tell the tale of feeling void of connection and wanting to leave a toxic partner but not having the inner power to go through with it,” she explains. “In these darker textures of emotion and pain can live tremendous potential to see oneself and become stronger.”

One of the most rock-based songs on the album, “Void of Course” offers listeners a different side of Monroe, whose previous offerings have leaned more towards Americana and roots/folk. The smoldering tune is powered by Allmans-style double drumming from Rick Allen (Def Leppard) and Beth Goodfellow (Iron and Wine, Allison Russell) and topped off by Monroe’s urgent vocals. The track derives its Physical Graffiti-like exoticism from the droning of a djembe played by Monroe, further deepened by the bowed cello and upright bass of Steve Uccello (Latin Jazz Collective, Dayan Kai) and lightning-flash guitar riffs of Tyler Bryant (Larkin Poe, Tyler Bryant & The Shakedown). These sounds deepen the mood of the astrology-inspired lyrics. 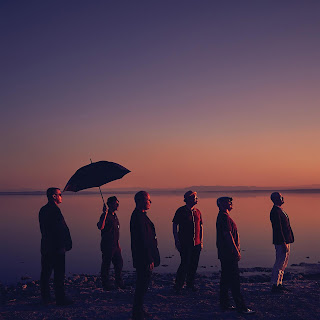 The Slackers, whose latest "Don't Let The Sunlight Fool Ya" hit #1 on the Current Reggae Charts in the spring, have released an animated music video for "Second Best."

The record is now available on Pirates Press Records’ web store. The band will be touring in support of the record all year long across North America and Europe.

"Spending time being the runner up. There's always a bright shiny object that is more exciting than the one who is there year in and year out. The 'impossible' is always more exciting than 'the possible' because it never happens and thus can be a perfect ideal," says saxophonist Dave Hillyard.

To create these illustrations and animations, the band enlisted the help of Brazilian designer Paulo Rocker who wanted to showcase theme of unity and peace with The Slackers playing a show in heaven. 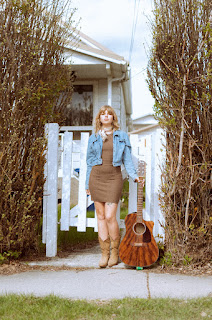 Maddisun's genuineness, raw vocal talent and pure musicality sparkle on her new LP, Home Is Where The Music Is, co-produced by Nick Noto and Chloe Chaidez of PSY SOUND.

Classic country and soul influences shine in the feature track “Running,” about transitioning into the next phase of her career. Maddisun is taking a chance on herself to pursue her passion; not holding back despite any obstacles, while staying true to her rural British Columbia roots.

Home is a feeling, not a place. About the album inspiration, she explains, “When I’m travelling all over and the concept of ‘home’ is a little messy, I find myself leaning towards my music and yearning to connect with that part of myself. Once I find it, I’m home no matter where in the world I am.” 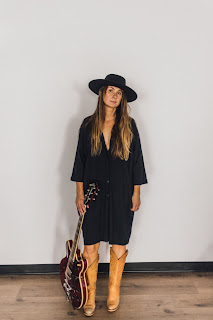 The track combines a country groove with reggae overtones, which adds extra resonance to Cynthia's unmistakable voicals. She says, "I wrote this song feeling extremely burnt out from struggling with ambition. I was thinking how a tiny spark can set a whole forest on fire and I wrote the melody attempting to kindle some fresh creative joy inside me.”

“This song almost didn’t make it on the album. I was struggling to communicate my vision for the tune and I was close to pulling it feeling deeply exhausted," she says. "We ended up setting up the studio so the musicians could all see me and just let it fly. It ended up being one of my favorites and I’m so thankful I pushed through and allowed that spark to fire up in me again. The theme of the tune was truly manifested in the recording of it.”

Joint & Marrowcontinues to enhance Cynthia’s reputation for making hauntingly introspective songs rooted in her Métis heritage. Citing Buffy Sainte-Marie, Tom Waits and Feist as primary influences, she has performed across Canada through the VIA Rail Artists On Board program, and had her music chart on stations throughout North America, including attaining the #1 spot on the Indigenous Music Countdown. 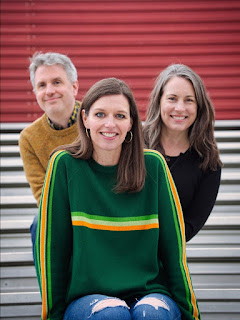 Cozy Slippers - Nobody Knows Me, Anyhow.

Seattle dreamy jangle-pop trio Cozy Slippers debuted their new single / video "Nobody Knows Me, Anyhow." A perfect indiepop track to help wind down the summer. A nice mix of Sundays, Sarah Records, and a guitar tone that would make Will Sergeant take notice. The video depicts a polar bear trapped in the middle of a climate change dilemma on a shrinking iceberg that transplants it all the way to a beach in Florida. Cozy Slippers debut album on Kleine Untergrund Schallplatten / Subjangle is a total treat for the anorak scene, light, breezy, topical, and catchy.

Cozy Slippers announce their return with the release of their self titled debut album on Kleine Underground Schallplatten (vinyl) and Subjangle (CD) on October 14th, 2022. The First single from the album is "Nobody Knows Me, Anyhow", a love letter to alienation. A trapped narrator finds solace in knowing that anonymity makes space possible.

"Haunting Her" explores the tension when trying to support a friend, even as they make damaging decisions. "I Can’t Keep You Safe" is an eerie jangler that addresses major pandemic fear - that protecting loved ones was not possible.

Previously Cozy Slippers released the 7" "A Million Pieces" (Kleine Underground Schallplatten 2019), and two EPs: ‘Postcards’ (Jigsaw Record 2018) and ‘Late Night In Summertime’ (self-released 2017). In 2019, the band toured the UK, including an appearance at the Cambridge Indiepop All-dayer. The band largely recorded the album themselves, and it was mixed by Dylan Wall (Versing, Great Grandpa, and High Sunn) and mastered by Paul Gold (The Chills, Allah-lahs).