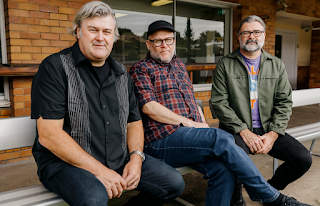 The Valery Trails announces the release of their indie-rock single, “Zancudo.” Through keenly observed detail, swirling instrumentals, and a spirited melody, “Zancudo” captures the mood of the sleepy little Costa Rican beach community and its people. It’s off the album, The Sky is Blue, out August 12.

“Zancudo” was written after a pre-pandemic spontaneous trip to Costa Rica. The Valery Trails frontman, Andrew Bower says, “I’m always drawn to end-of-the-earth’ locations, partly because you meet interesting people there who tend to have fascinating stories about how they got there, so I wanted to try and write about that.”

On the upcoming album, The Valery Trails takes the listener through a globetrotting exploration infused with energized guitar-walled hues. In 2020 Andrew Bower moved back to Brisbane following an extended period of travel that was interrupted by the COVID-19 pandemic. The album chronicles Bower’s stops around the world, including Jaisalmer India, the sleepy little beach community in Zancudo, Costa Rica, and Brisbane, Australia, where the journey started and ended.

The album was mixed in North Carolina by Scott Solter. He has recorded and mixed an eclectic mix of artists, including The Mountain Goats, Superchunk, St Vincent, and his own avant-garde / ambient projects such as Boxharp and The Balustrade Ensemble. 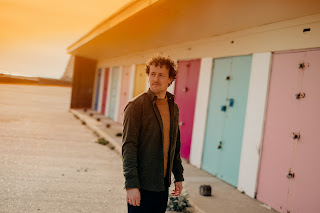 British composer and musician Angus MacRae, shares chilling new single ‘Single Cell’, the second track to be shared from his upcoming album Vivarium due out September 30th via Nation of the Sea. Evocative falsetto vocals lead ‘Single Cell’, it is a fantasia of haunting vocal melodies and introspective solo strings, a dark lullaby which culminates in a climax of swirling strings and orchestra. The new track is inspired by the magic and mystery of childhood imagination, with both a sense of danger and wonder running through its seams.

Angus Macrae, represented by Manners McDade,  is a rapidly rising voice in contemporary classical music. His work spans across film, television, ballet, theatre, concert performances and contemporary dance. His many notable collaborations include scores for Olivier Award winning productions performed across London’s West End, internationally touring ballets and contemporary dance shows by some of the world’s leading choreographers, as well as numerous other acclaimed film and theatre projects.  Alongside this, MacRae's innovative work as a solo recording artist expands on his classical roots, pairing panoramic electronic backdrops with intimate instrumental recordings, to create transportive, elegiac compositions of unflinching emotional honesty.  His work has reached a global audience, having previously released two full length albums and a number of EPs via labels such as Deutsche Grammophon, !K7, 1631 Recordings and his own imprint Nation of the Sea.

MacRae is set to return with the new album Vivarium; a spectral and otherworldly journey into the lost worlds of childhood imagination, due out September 30th via Nation of the Sea. Written over the course of a year, the upcoming album is his most ambitious work yet, pairing intimate piano solos with soaring string lines, hypnotic vocal melodies and ghostly orchestral textures. Vivarium breaks down the definitions of classical music, spanning across multiple genres, drawing on a broad range of influences from across the musical spectrum; from Jon Hopkins and Son Lux right through to James Blake. Lead single ‘Amulet’ has received high acclaim from the likes of KEXP, Scala Radio, BBC Radio 3 and Classic FM. 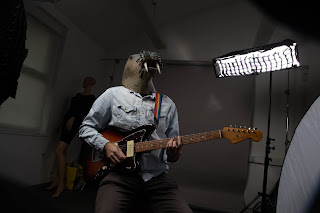 Pixy Jones announces brand new single 'Maureen Dreams No More' which is the 2nd single to be taken from anticipated debut album 'Bits n Bobs' released via Strangetown Records on the 16th September.

El Goodo guitarist and songwriter 'Pixy Jones' has announced that his debut album entitled 'Bits n Bobs' is due for release on 16th of September via Strangetown Records. Branching away from the familiar El Goodo platform, Welsh psych scene stalwart Pixy Jones has himself compiled a truly remarkable collection of tracks that fluctuate from 60's harmony-rich psych pop, to Alt-Country with ringing tremelo guitar.

Pixy had this to say about the release: The album was originally intended as a solo project under the pseudonym of “Wallace Russell”. I recorded it alongside the recording of Zombie (El Goodo) whenever I could get in the studio. There are some really old songs that have always been overlooked for 'El Goodo' albums for one reason or another, a few new ones which I wrote specifically for this, and a couple that would have probably ended up on the intended double album version of Zombie if we’d kept going with the double album idea.

I’ve since ditched the 'Wallace Russell' name and gone back to 'Pixy Jones' as I figured there’s no need to have a pseudonym if nobody knows who you are in the first place. Even though I dropped the name I’ve kept the walrus mask for now as it is more photogenic than my actual face. 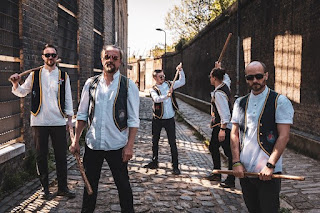 Salty seafarers Man The Lifeboats are delighted to launch their brand new album: ‘Soul of Albion’ - confirmed for release on 14th October 2022 via Wood Head Records. Charting a new course with a breeze as stiff as they like their drinks, the quintet lead the way with the rip-roaring new single: “Born Drunk.” A folk/punk firecracker broiling with fiddles, accordions and acoustic guitars played with gusto, it’s a rambunctious drinking song guaranteed to loosen your lips and get your pistons pumping.

Inspired by an unusual tattoo and a Martin Carthy song (amongst a menagerie of other things), “Born Drunk” takes the listener on a voyage through all that makes life’s rich tapestry so rich… and random. Led by frontman Rich Quarterman, it’s a breathless monologue that touches on politics and people, history and healthcare, religion and, well, getting royally rat-arsed. And in what’s got to be a lyrical first, there’s even time to rhyme “Palestine” with acting legend “Paddy Considine” too.

But what does it all mean? Rich Quarterman explains: “Man The Lifeboats played a festival with the great Mr Carthy and he introduced one of his songs by saying: 'this is a load of nonsense, it doesn't mean anything', which I've always thought was a fine approach to songwriting. The title came from a tattoo on an undisclosed person, and the rest of the lyrics are absolute nonsense. Or are they? Maybe there are some kernels of meaning in there somewhere. Paddy Considine features as his name rhymes with Palestine and Northern Line, but also because he's an absolute hero and a brilliant actor. We tried to get him in the video but he was too busy with some TV show called Game of Thrones…”

Recorded more-or-less live at the iconic Rockfield Studios in Wales, the band cite a cocktail of influences including a hint of Hubert Parry's Jerusalem, a dash of Pachelbel's Canon, and slug of that Pogues Whiskey, that when thrown together ultimately get you “Born Drunk”.