“Perfect”, Rowlette’s third release of 2022, is a vulnerable and intimate folk-pop track. The song explores the relationship with one’s body and our tendency to chastise it, despite all the amazing things it enables us to do.

Nowadays we are bombarded with beauty ideals that are often unattainable. “I find it crazy that the beauty ideals we are being sold can be so contradictory. For example in Ireland and the UK we are sold fake tanning products and sunbeds, yet in parts of Asia they’re being sold skin whitening bleach and they’re covering up on the beach.” said Rowlette.

“I think it’s definitely something that most girls have gone through at some point, and presumably most guys too. Phases where you look at food as some kind of enemy, rather than nutrients that fuel your body. Or where you look in the mirror and all you can see are the things you want to change, rather than this incredible vessel that does so much for you.”

There’s plenty of statistics to back up the songwriter’s observation - with a large UK government study finding that “61% of adults and 66% of children feel negative about their body image most of the time” and several smaller scale irish studies describing similar findings.

The track is an acoustic pop-ballad produced by Dave Skelton and mastered by Aidan Foley. The singer’s distinctive vocals sit beautifully on top of her trademark acoustic guitar, alongside piano and some orchestral elements mixed with modern pop percussion and bass. 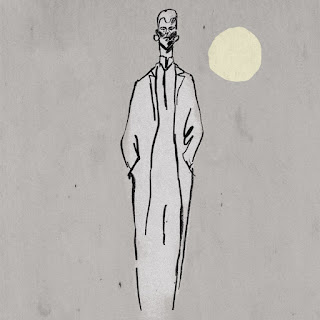 Mysterious newcomer Elron Gardy has released his debut single "Reflex and Movement" and announces his debut live show, headlining Laylow in London on 10th November. Written and produced by Gardy, with the help of Luca Caruso (beabadoobie, Yellow Days, Orlando Weeks) on drums, the track stands as a spiralling, unsettling piece of indie rock and a compelling introduction to his world.

With influences ranging from Brian Wilson, The Flaming Lips and The Brian Jonestown Massacre, to Cape Verdean singer Cesária Évora and French composer Michel Legrand - Elron Gardy's sound is one that is near impossible to pin down - described by Gardy himself as "mystical genre hopping".

Speaking on the lyrical inspiration behind "Reflex and Movement", Elron Gardy said: “This song is about how mankind has convinced itself that it has surpassed evolution and that we are better, or at least above, all other things that live on our planet - when in reality we are simply just another species that roams it. By denying our animal instincts we have moved further towards an existence of rootlessness, loneliness and anxiety. With our lack of care for the things that gave us life, that life will inevitably, at some point, be taken from us. But perhaps without humans the world would be better off…”

"Reflex and Movement" signals more music to come from Elron Gardy in the near future. The project was in part inspired by the creator's struggles with Depersonalisation/Derealisation - a dissociative illness which makes one feel as if reality is crumbling around them. Removed from their body and emotions while everything they see seems fake and unreal while plagued with intrusive existential thoughts. It has been described as enlightenment’s evil brother but in reality, no truth is to be garnered from it - just fear.

During this illness, which has now largely retreated, the man behind Elron Gardy delved deep into mythology and nature, as both somehow provided relief. One day he heard the sound of the North American aquatic bird, the loon, and at that time it sounded like all of eternity in one call and prompted him to write a song with the loon as a prominent feature. Quickly more music and a full story appeared, within 3 months there were 20 songs and a feeling of hope within the chaos. So this project is one of longing and romance but also an empowering message of recovery and the beauty of existence.