BEEHIVE CANDY ARE TAKING A SHORT BREAK NOW - WE SHOULD BE BACK THIS COMING WEEKEND. In the meantime enjoy today's new round up!

Before they hit the road this Autumn, Skinny Lister, are releasing a new video for “Embers.” The band who are touring the UK and Europe in support of their acclaimed fifth album ‘A Matter of Life & Love’, invite you to bask in one of its most heart-warming moments.

A strident example of the Skinnies’ feel-good, shanty-folk at its very finest, “Embers” also embodies many of the core themes that course through their latest album. As Dan Heptinstall explains:

“”Embers” is a song about friendship. The simple joy we feel in the warmth of good company. It also raises a glass, and enjoys a moment of reflection, to those friends we may have lost along the way. A celebration of the here and now but with a healthy dose of nostalgia.”

Echoing the sentiments of the song, the video is accompanied by an official video filmed by The Film Smith. Capturing a family affair with fires and music, it sees Skinny Lister revelling in good times with friend and folk legend Roger Wilson (who plays fiddle on the recording), plus the Dunton Bassett Folk Club, a group of musicians who happen to feature a certain special guest…

“The video was a joy to shoot. We were blessed with the fine company of Dunton Bassett Folk Club musicians, of which Party George (Max and Lorna’s dad) is one. He’s been attending the weekly Leicestershire folk night for over 30 years, and long may he continue to do so. It was great to hang out with these excellent folk around the fire, have a few drinks and play a bunch of tunes. Heart warming stuff!” 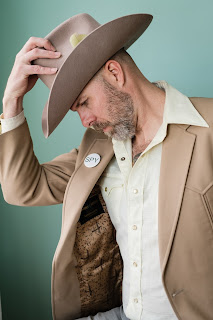 Triggers & Slips - What Do You Feed Your Darkness (Album).

Existing somewhere between country, folk, and roots rock, Triggers & Slips have been making music blurring the lines of genre for over a decade. Breaking these rules and proverbial boundaries has resulted in a fiercely-loyal following akin to other genre-benders like Lucero and Frank Turner in their hometown of Salt Lake City.  With their 2012 debut EP and two albums under their belt, the band is now set to share their most fully-formed and emotionally-mature work to date, What Do You Feed Your Darkness?

While the music is unabashedly honky-tonk in its origins – rife with pedal steel, twangy electric/acoustic guitar work, and lead singer/songwriter Morgan Snow’s country drawl that belies his roots as a sixth-generation Utah native – the songs themselves subvert classic country storylines of love, loss, and substance abuse by viewing them through a gritty, real-world lens. Snow has lived every line and every phrase within.

The emotional weight of the album is right there in the title — What Do You Feed Your Darkness? — a moniker borne from Snow's turning inward after a lifetime of battling his own demons, going through a divorce, and his experiences as a social worker in the mental health field.

"I've done my best to dance around it in my music," he says of his profession. "But I think I'm at that point where it's so much a part of my story and it comes through in my songwriting...it's hard to avoid. It's that moment of 'something's speaking to you in this realm; you should follow it.’

“I don't want to come across like I've got it all figured out," he adds, noting that his profession doesn't mean he's a perfect being. "I'm also a part of this journey we call life, and this record is a pretty good, honest snapshot of my struggles over the last five or six years."

Rama Lama Records proudly welcomes long time favourites Mary Anne’s Polar Rig to the family! “MAPR” are a band we have followed since the debut single ‘Surfaced’ was released in 2018, a song we still regularly play on our gig nights. The debut album ‘Makes You Happy’ was released in 2021 and continued to build their signature style somewhere in between slacker rock and fuzz pop. Mary Anne’s Polar Rig are now back with the new single and video ‘Summer Girl’.

Mary Anne’s Polar Rig are a duo who’s a part of a new generation of bands from Malmö where noisy feedback loops and distorted solos are as important as cute melodies and dancy chord progressions. Paired with a careless attitude á la Pavement but with a more explosive sound and an extremely energetic live performance they create a unique combination of slacker rock and fuzz pop which is both catchy and cocky at the same time. Live they are joined by 3 more band members who adds extra depth to their sound.

In this melodic guitar inferno Mary Anne’s Polar Rig go on a cruise that will remind you of some classic 90’s bands like Weezer and The Breeders. In a leather racing suit Fast Malin Hofvander embodies the anti summer girl, sweating on the beach, while Filthy Harald Ingvarsson plays a dune-top-tapping-guitar-solo in uncomfortably tight clothing. This is a groovy rock banger served sunny side up and YOU are here to lean back and enjoy the ride. 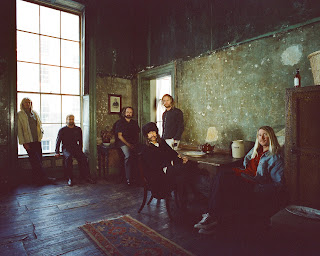 Australia’s beloved psychedelic surf rock outfit Ocean Alley have announced their upcoming fourth album Low Altitude Living, to be released independently on October 14. The band is also about to embark on their West Coast U.S. tour — earlier this year, Ocean Alley sold out nearly every venue along their eight-show tour of the Midwest and East Coast, including Music Hall of Williamsburg in Brooklyn, Chicago’s Lincoln Hall, Terminal West in Atlanta, and The Sinclair in Boston. The album announcement comes paired with their latest single “Home”, a profession of love for both people and place.

Opening the record with a feeling of warmth and familiarity, “Home” is soaked with bright tones and subtly adorned with twinkling keys. The song is a product of the band’s opportunity to slow down in 2020, with space to reconnect with themselves and the environment around them. Guitarist Mitch Galbraith explains, “We’ve felt more connected than ever to the people and places that are around us at home. Normally, we’d be spending most of our year away on tour, but we felt very lucky to spend the last two years with the people we love.”

While the six-piece could have rinsed & repeated the styles and sounds of their previous full-lengths – the ARIA Award-nominated Lonely Diamond (2020), their ARIA Gold-certified breakthrough Chiaroscuro (2018) and self-assured debut Lost Tropics (2016) – Low Altitude Living, produced by longtime collaborator Callum Howell, sees the band construct their broadest ranging sonic framework yet. As suggested by the diverse feels of previous singles “Touch Back Down” and “Deepest Darkness”, Ocean Alley cohesively honors the traditional features of their distinct sound while equally giving it a refreshing and exciting new edge. Mitch shares, “It’s no secret that we don’t want to repeat ourselves…there’s a constant sense of betterment, growth and exploration.”

Where in the past, Ocean Alley have cited the influence of ‘70s stalwarts such as Pink Floyd and Led Zeppelin, this new album sees the band explore their musicality through pure instinct. They experiment with sludgey ‘90s alt-rock on the reverb-laden “Changes”, they bring a side of bluesy slide guitar akin to the Commodores on cruisey ballad “Snake Eyes”, while the haunted and sensual “Parking Fines” would slot right into an Interpol record. Lach Galbraith (keys/vocals) shares, “Pushing each other to try new things, inside and outside of music, is really important for us to keep things fresh. Musically our songwriting has become more intricate as we explore new styles and techniques in recording.”