When Elle Celeste started playing music for public consumption in her early twenties, she wanted to make the most amount of noise and be as wild as possible—screaming her head off and slapping audience members in the face as she fronted an acid rock band. She considered it a good gig, as long as she could hold a note long enough that it felt like she was going to pass out.

A lot has changed since then for the resident of Calgary, Alberta. In 2014, she and her primary musical collaborator Kirill Telichev formed the band Copperhead, making self-described “21st Century folk music” that blended punk, ambient and electronic sounds with traditional elements. Over the course of making two well-received independent albums, and sharing stages with the likes of Art Bergmann, Elliott Brood, Lindi Ortega, Terra Lightfoot and The Strumbellas, Elle got exposed to the wider music world and where she envisioned her place within it.

It’s led to Elle Celeste’s debut solo album, Call On Me—released independently today—which builds on the foundation that Copperhead laid, taking it into more expansive musical territory while delving deeply into Elle’s personal experiences through its lyrics. Although Telichev still played a major role in the creation of Call On Me, it became a moment when Elle felt confident in taking full control, making fully fleshed-out demos and harnessing the full range of her unmistakable, smoky voice, which some may liken to Sharon Van Etten or Cat Power’s Chan Marshall.

Recording got fully underway in December 2019 at the National Music Centre in Calgary, overseen by Casey McMechan, better known as the Techno DJ/producer Tyrek. When lockdown restrictions halted their work in the studio, sessions continued remotely over the next 18 months, with Telichev eventually coming on board to co-produce several tracks and mix the end results. In spite of all of that, Call On Me is a stunningly cohesive collection that utilizes modern technology to fully express Elle’s unflinching songwriting. 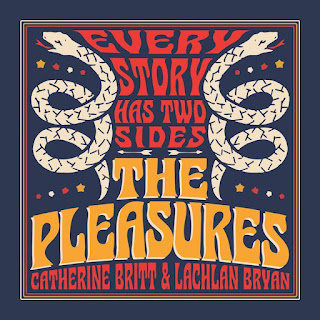 The Pleasures - Every Story Has Two Sides.

“Every Story Has Two Sides” is the hotly anticipated follow-up to The Pleasures’ barnstorming debut single “The Beginning of the End”.

As two of Australia’s most loved and respected country and Americana artists, the union between Catherine Britt and Lachlan Bryan was destined to turn heads - and “The Beginning of the End” certainly did that. Released in January of this year, it quickly lit up YouTube, Spotify and Apple Music, as well as scoring high rotation on Double J, ABC Country, ABC Local and iHeart Country. Add to that the support of CMT in Australia and the USA, and airplay on many programs in the UK, including shows across the BBC.

“Now it’s time for the next chapter”, says Lachlan of the new single. “Far from being a token duet, Every Story has Two Sides couldn’t exist without the both of us. It’s as much an argument as it is a song - filled with passion and desperation - when we sing this live it feels like we’re actually screaming at each other - and it felt like that in the studio too”.

The new release coincides with The Pleasures’ second short South Eastern tour, including a festival appearance at Dashville Skyline and live dates in Victoria and NSW. The band includes brilliant multi-instrumentalists Damian Cafarella and Brad Bergen on bass and drums, respectively.

"It's very exciting to be releasing another taste of this raucous project and to be hitting the road with the band again”,says Catherine. “Every bit of this record screams heartbreak and sticky pub floors and this next single is no exception to that!” 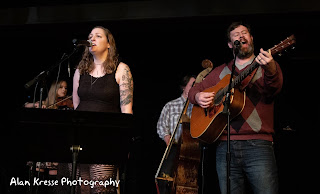 “’Wastelands’ is a song I wrote that compares the end of a long relationship with being trapped out in the badlands. I wanted to write something with a dark feel that would introduce the concept of the album, which mostly features songs from the darker side of life. Howard Parker’s pedal steel and dobro set the mood and Michelle just sings it to perfection,” says Jason Hannan, the song’s composer. 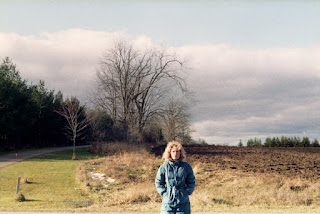 The Toronto-based project, Blunt Chunks, helmed by Caitlin Woelfle-O'Brien (of Jaunt) has today returned with her new single, "Wasted" which is out now as part of the Fire Talk Records Open Tab series. The new track follows the self-titled EP which was released in May via Telephone Explosion Records and found widespread acclaim.

The new single, "Wasted" finds Woefle-O'Brien – who collaborates with the likes of Scott Hardware and members of The Weather Station, Broken Social Scene and Luna Li as part of Blunt Chunks – wrapping forlorn piano around gentle, atmospheric percussion, melding this with her celestial vocals. She once again taps into her unique blend of spacious, psychedelic country to explore deep emotions and balance the light with the dark. Speaking about the track that comes produced by David Plowman (The OBGMs, Islands), Caitlin says:

"This was really fun and intense to do. I got together with my producers and a few good friends who are wicked musicians and we put this song together in a few days. It was different from the way we recorded the EP, which took more or less two years. David Plowman pulled not one, but TWO all-nighters because he had to catch a flight and needed to finish the song beforehand. Honestly, the last couple of days recording this song were hectic but I trusted in the process and David’s perfectionism. We had a few revisions and just kind of did the best we could in the minimal time we had. I think it turned out beautifully and also reminiscent of some 90’s songs I love, it’s giving Mazzy Star vibes a little bit." 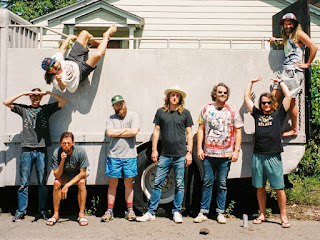 Indie rock band, Futurebirds, have teamed up with guitarist/producer Carl Broemel from My Morning Jacket to create a new EP, Bloomin’ Too. Bloomin’ Too follows the releases of “Buffet Days”, “Sinz & Frenz”, and features the brand new track, “St. Teresa”.

Along with the EP release, today the Futurebirds announce the forthcoming release of the Bloomin' LP, a compilation of the two Bloomin' EPs into a full-length vinyl album. Delivered on heavyweight vinyl, the limited edition LP is expected to hit stores May 26, 2023.

Recorded at the legendary Ronnie’s Place in Nashville, two worlds collided building a sincere kinship and solidarity. Futurebirds’ Carter King says, “Carl is really in tune with what the band is and what it strives to be. He’s engaged and understands our vision…And it’s great to be able to defer to someone you respect so much with creative decisions in the studio…”

“Buffet Days”, “Sinz & Frenz”, and “St. Teresa” are all part of the seven-track collection which sets the tone and meaning. The EP in itself is “a vortex of sonic textures”, says writer Garret K. Woodward. He goes on to say that this, “album ricochets from cosmic space, rock to rough around the edges, alt-country dreamscapes, sandy beach bum odes to kick in your step pop ballads — all signature tones and musical avenues at the core of the Birds' wide musical palette.”