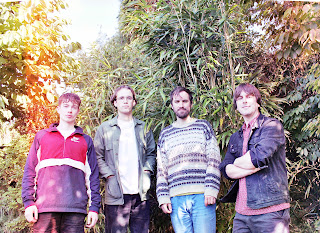 Worldcub - Look Through The Keyhole.

Worldcub share new single ‘Look Through The Keyhole’ and announce concept album  ‘Back To The Beginning’ & Accompanying EP Worldcub invite you into the time warp of their pulsating new single ‘Look Through The Keyhole’ on the 21st of October, a hypnotic, West Coast tinged, surf inspired jaunt through past lives and memory. The track is part of a concept titled Back To The Beginning, a collection of tracks which has since developed into an album of the same name slated for release in 2023 and a supplement EP titled BTTB Series 1 released on the 4th of November via Ratl Records.

Worldcub’s Dion Hamer adds "...’Look Through The Keyhole’ is about a magic door to a time warp where you can step into a past life. It’s all about revisits, we do it all the time, we revisit our passions, memories, old haunts, old Elvis collection, last night’s Pizza, it’s never the same experience. The song in itself is a revisit, the first version of the track was written 10 years ago."

Their self-released, site-specific themed debut album Fforesteering gained coverage on major platforms such as The Guardian and UNCUT Magazine, with air time on BBC Radio 6 Music, BBC Radio 1, BBC Radio Cymru & Wales. The band also earned their debut performance slot on the BBC Introducing stage at Reading & Leeds Festival back in 2016 and found success playing shows as part of the 'Horizons 12' scheme; which included a recording session at the historic Maida Vale Studios in London.

Worldcub · Look Through The Keyhole 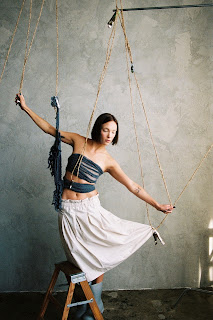 “Backwards Directions” sees Abby Sage continuing to amaze with sheer sonic beauty alongside an earnest vision that draws listeners deeply in. While Abby effortlessly delivers relevant and profound alt-pop songs, she does so in disparate ways, allowing for little comparison and much originality to shine brightly through. “‘Backwards Directions’ is about constantly making the same mistakes, not moving forward as planned, and asking for forgiveness or at least a sense of understanding for wrongdoing and lack of growth,'' says Abby Sage.

The track’s music video is taut and transfixing, showing off Abby’s metaphorical expression through the pairing of her intimate sound and director Aidan Dick’s arresting visuals. The video was shot backwards, adding an artistic layer to a song that digs deep into the human psyche by asking yourself for peace in order to move forward again.

On the “Backwards Directions” music video, Abby Sage expresses:“Aidan & I knew we wanted to shoot this video backwards and reintroduce a movement piece with Ryan Brennan (who was also in the ‘Force of Habit’ music video. I wanted to bring back Ryan to emphasize the message of the song. Ryan & I move through this video with frustration and a sense of dissonance. I wanted to portray two people falling back into each other despite a growing mental divide. It’s one of my favorite videos because I really do think it tells the story of backwards directions in a beautiful way. 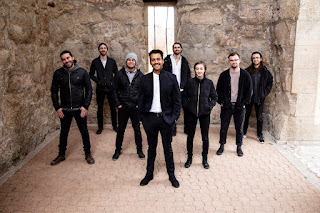 This song is about desiring a woman even though she's "Cruel" to you, and the heartache that ensues.

There's a mix of pleasure and pain. You have fun together, but know it will hurt afterwards. The drums and bass have an up-tempo disco funk feel, balanced by a melancholic and almost eerie vibe from the horn melody. So it's sexy and dancey, with somber undertones.

The title of this track is also the title of our first full-length album, filled with nine soulful songs mostly about "amour" and heartbreak in a mixture of English and French. "Cruel" is a word that works in both languages, an essential choice for us as bilingual artists. Produced by Murray Pulver, the LP is recorded 'live off the floor' to capture our vintage soul aesthetic and live performance energy.