Guise - The Boy And The Thief.

A song that according to lead vocalist Jessica Guise “appeared like a snowball to the face”, so too does it burst from the blue with a supercharged sense of adventure.

With its lyrics delivered at a breathless pace, ‘The Boy & The Thief’ envelops the listener in a tale of love and luck that will resonate with anyone who has ever been waiting for their numbers to finally come up in the lottery that is life. As Jessica explains:

“Sometimes writing a song is like carving a sculpture or fishing by the side of a very still lake, but sometimes it’s just like being given a present that you have to unwrap really really quickly before it disappears. This was the latter; it started forming in my head on a long walk home one day and I had to run home to get it written before I forgot it. It’s about a friend of mine who was having no luck in love, and how we both consistently made terrible choices… The video is a tongue in cheek tour video aiming to capture the spirit of friendship, adventure and honesty that’s behind the band.”

From its spartan acoustic beginnings, to the galloping celtic thrum that soon overtakes; ‘The Boy & The Thief’ balances frenetic guitars with the finest of fiddle playing and makes for an exhilarating introduction to Guise’s accomplished debut album. 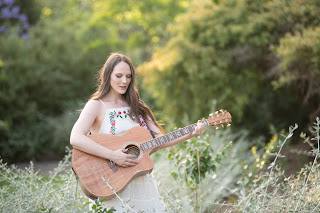 Melbourne, Australian singer-songwriter, Karen Harding is halfway through the release of her 4 track debut EP, I’ve Got A Secret, releasing a track each month. Her third and latest single release from the EP, ‘Drive Away’ is released today Friday 9th September, 2022.

Written during the Melbourne, Australia Covid-19 pandemic lockdowns, ‘Drive Away’ speaks to the desire to leave the mess, the difficulties and the current life experience behind and just escape.. or ‘Drive Away’.

“It is so easy to get caught up in the busy-ness and routines of life and sometimes we all experience days where it just seems so much easier to run away or escape the life we’ve created for ourselves. ‘Drive Away’ was written when I was experiencing this feeling. It was me, sitting with my guitar, daydreaming about the possibilities of getting away from my covid lockdown restraints.”

Karen Harding is a Melbourne, Australia based folk/pop singer-songwriter with a passion for sharing a relatable expression of human emotion and inner experience within her music. For Karen, music is a soul conversation, that allows the masks that we hide behind to fall away for a moment of sharing.. a moment of mutual understanding.. in a language that does not discriminate in any form. 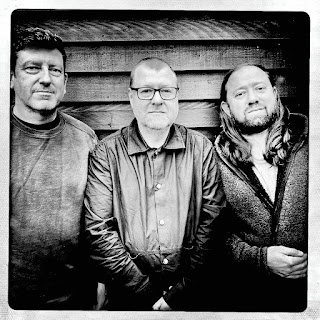 Recorded back in Nov 2021 the album sees Derrero exploring new ways of working to expand upon their sonic palette and distinctive use of cut and paste song writing. Many ideas were traded across the web and new material was rapidly realized during 4 days of marathon studio sessions.

Maintaining a resolutely DIY approach to music making Curvy Lines demonstrates a strident and confident band who remain steadfastly unafraid to swim against the tide and self-produce and self-release uncompromising music outside of the mainstream.

The members of Derrero all met at Falmouth Art college in 1993: after studies, they evolved in Brighton before settling in Newport, Wales. There they released their debut single Tiny Shoes on Size 8 Records in 1997 and also their debut LP later that same year after signing to Big Noise records in Cardiff.

Since the bands foundation Derrero have released 4 critically acclaimed albums and toured with the likes of Super Furry Animals, Catatonia, Sebadoh and Granddaddy as well as collaborating on the film ‘Beautiful Mistake’ with John Cale.

Dear Misses - Don't Let Her Down.

After the successful release of the first single 'Leaving Town', the Swiss band Dear Misses follows up with the second single from their country concept album - and the story about the outlaw Frankie Trombone continues.

With "Don't Let Her Down" the five-piece band devotes itself entirely to the country rock of the late sixties; two-part lead vocals in the style of the Flying Burrito Brohers, a honky-tonk piano straight from the Southern speakeasy and a pedal steel guitar that sweetens Frankie's heartbreak with a little hope.

Because in the new single 'Don't Let Her Down', Frankie Trombone is on the run, alone in the wilderness with the cold wind blowing around his ears. Alone with his Colt and a bottle of Booze, he ponders his sins and mourns his lost love, whom he will probably never see again. 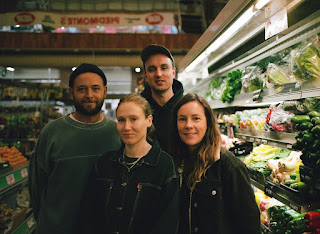 Quivers, of Melbourne, Australia, have been an underground cathartic jangle pop band for long enough now to last year prick up the ears of Pitchfork, NPR and R.E.M., but it’s with a new 7” before their first US tour that they finally release the bats out of a cave and the secrets out of the bottle. Both songs see Bella Quinlan take lead vocals for the first time since the band’s full re-imagining of R.E.M.’s Out of Time (endorsed by the band themselves with fire emojis). Side A is a new original, ‘If Only’, and side B is a cover of Lucinda Williams’ mercurial ‘I Just Wanted To See You So Bad’.

All the best 45s slow down time and ask you to dance, so “If Only” is both darker and more danceable than 2nd album Golden Doubt could ever be (Ba Da Bing, 2021). While the bass and drums burn, and arpeggiated guitars scatter, Bella sings about longing for someone at the wrong time. If only I could make you love me, before you move overseas, what a fucked up thing to want, love should just be. The song is all if onlys, pushes and pulls, a song messed up by other songs about love. Bella says “it felt good to make a 7” which is a pop song but a really confused one, where every line goes back and forth between different feelings - more like love is in reality.” Don’t let it get into your lungs, she sings as the song lets too much into its lungs and just coughs up more guitars and tape loops. When recording "If Only" the band tried to imagine “being on a festival before Joan Jett, The Motels, and The Breeders and everything goes quiet and Quivers just has to deliver something.”

The recording of “If Only” is in a more minimal direction for Quivers, recorded in sessions for an upcoming 3rd album in Melbourne/Naarm again with producer Matt Redlich (The Paper Kites, Ball Park Music). Drummer Holly says, “once we found a pocket together on this song we wanted it to be a short song that feels long and big, where the more space you leave the bigger it gets.  It felt really right to sing alongside Bella, to hear her sing let romance rot all while sounding so into someone.”

The Lucinda Williams cover on side B quickens the pace and speeds time back up. Live, it kicks ass. The song was chosen for a cover according to Bella because “we all love lucinda Williams - there’s something very special about her honest lyrics and that pared-back, relaxed drawl. She’s really one of a kind! In my old Subaru Forester ‘World Without Tears’ was the only CD I had in it for the longest time, and we used to play it on our road trips to gigs. When the car died on a freeway and had to get junked for good, the CD went along with it. We chose “I Just Wanted To See You So Bad” to cover because we think it’s a hidden gem from her, and it felt so good to have a bit of a shouted call and response.”

It is a song that is certain about love. It is the rush of feelings as you drive that car in the middle of the night because you just want to see someone so bad. These two songs together show that Quivers want to drive in the middle of the night too, and after the “earnest earworms” (NPR) and “effortlessly tuneful jangle pop” (Pitchfork) of second album Golden Doubt what’s up ahead for the band might really surprise you. Grief and loss are hopefully in the rear mirror, and all kinds of other monsters real and imagined are up ahead. Bats everywhere. Tape loops in the sky. 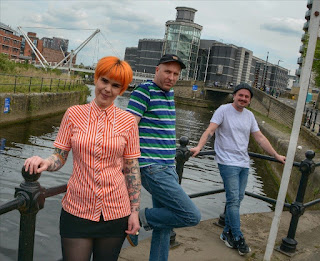 The new album by Nervous Twitch is like a guide to UK and US indiepop and indierock with nods to Mambo Taxi, Huggy Bear, Modern Lovers, Television Personalities, the Pixies, Sleeper, Ash, Lovely Eggs, Dressy Bessy, and even a bit of Swearin'. I could go on and on, but I say just check out their third single / video "History of the Wild West."

Some People Never Change offers up a baker’s dozen tracks that deal in attitude and the personal. “We Don’t Care” takes on critics with a snarl, “What The Hell” takes on the frustrations of modern life, while “The History of The Wild West” deals with escaping the world for a less stressful one. But it’s not all anger as an energy; “This Mad At The World” is a ballad that show you can relate your frustrations in a gorgeous, acoustic ballad. “You Never Let Me Down” is a delightful love song with a girl-group vibe, while “Forgive Yourself” offers up a meditation in self-forgiveness.