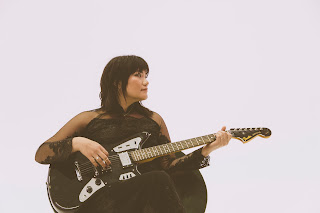 Nashville based singer / songwriter Ariel Bui has released the music video for “Real & Fantasy”, the second taste from her new album of the same name. The music of Ariel Bui, who Ann Powers of NPR Music once described as "a psychedelic cowgirl cool rockabilly queen”, pulls from her wide ranging musical background as a performer and music educator, blending elements of indie rock, indie pop, country, soul, surf, and psych rock into a distinct sound that should instantly appeal to fans of artists like Angel Olsen and Courtney Barnett.

The video was recorded in Tokic’s Bomb Shelter Studio, featuring a team of seasoned Nashville musicians who helped bring this record to life – including Jo Schornikow (Phosphorescent) on Piano & Keys, Megan Coleman (Jenny Lewis, Yola) on drums, Jack Lawrence (Jack White, The Dead Weather) on bass, and Ellen Angelico (She’s A Rebel) on guitar. This studio performance not only highlights the stellar musicianship and warm indie rock sound that makes this record so rich sonically, but also the undeniably compelling presence of Ariel herself as both a performer and songwriter. 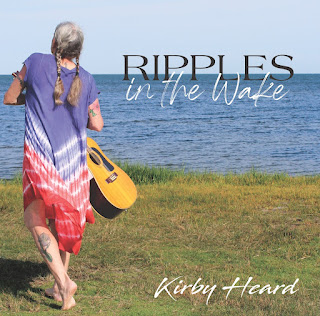 There is marvelous comfort that comes from listening to this eclectic collection; a sense of warmth, a sense of being nurtured, of being cared for as a listener. While some songs touch on parts of life that aren’t comforting - loss, injustice, hypocrisy - even these convey love, concern, and hopefulness for a better future - the essence of a nurturing spirit.

The album title "Ripples in the Wake” reflects how songs of deep self-reflection, tribute, and political introspection, can ripple into each other, overlapping in a way that carries you into the currents of this album. Kirby remarks that “(That’s What Makes) A Bluegrass Song” was great fun to write and, at times, almost a music theory lesson. “Grab the Lightning” is a tribute to horses she rode in her late teens, especially a retired barrel racer named Rocker. From the very first chord the song takes you into the rush of wind on your face and the beautiful balance of horse and rider.

In comparison, Kirby's voice, an older one in its expression of wisdom, long-held understandings, and timelessness, can ache like winter wind on cold hands. She sings as if she deeply knows herself in “I Was Never a Child.” Kirby’s worked hard the past 3 years and this new CD shines with her fresh songwriting, self- confidence and performing. Sharing her point of view via her heart, these are the songs she lets fly out into the world, bringing us the same insight she brings to herself.

Since the November 2019 release of her first solo project, “Mama’s Biscuits”, Kirby Heard has become known for songs that take listeners on journeys through yesteryear and memories of home. Often introspective, inquisitive, and witty, these are songs with an authentic voice and perspective. Chris Spector (Midwest Record) called it ‘delightful, meaty songwriting that could only come from the heart and does a great job of opening your ears. “Mama's Biscuits" also earned an A- from Robert Christgau, “Dean of American Music Critics” and author of the online music newsletter “And It Don’t Stop”, and ranked #26 on his Dean's List 2020. 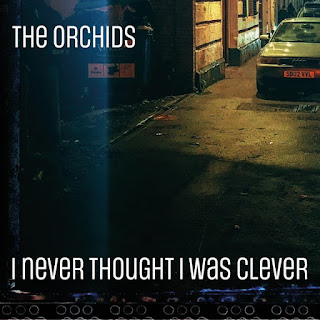 The Orchids - I Never Thought I Was Clever.

The long-awaited return of the best Scottish pop band since Orange Juice!Sometimes it can take several years to realise what you’ve been missing. Sometimes it can even take decades.... (If you already know all about The Orchids, well, you’re going to like Dreaming Kinda lot.) The Orchids were making sophisticated pop music right back in the early 1990s when Sarah Records first started.

Their songs were as emotionally pure as anything else on that label, but they were always a step ahead of their peers in terms of song arrangements and musical ambition. With a casual, unpretentious air they made writing perfect pop songs seem easy, almost accidental, and several great releases followed. The Orchids gained a passionate following: people knew a good thing when they heard it and they hugged it close. But now it’s time for the rest of the world to be let in on the secret. The songs themselves are a beautiful mix of strength and gentleness.

They wrap you in a powerful embrace, making you feel comfortable and secure –and then whisper their insecurities and anxieties into your ear. They say: ‘it’s OK to admit weakness. It’s OK to be fragile. That’s where true strength comes from’. From Glasgow, and proudly Scottish, the band shares a musical lineage with other great groups from that city, from Aztec Camera to Orange Juice, Lloyd Cole to Teenage Fanclub. All bands that specialise in song-writing that that can tell big stories through small fragments, that can make the ordinary extraordinary. Producer Ian Carmichael has helped the band createa perfectly-crafted masterpiece.

He subtly accentuates the drama of the songs, with a sophisticated choreography and gloss that never overwhelms the tenderness of the music. In ‘This Boy Is A Mess’ (the first single from the album), the lyric confesses frailty while the music gets stronger and stronger. It is bittersweet and exhilarating at the same time. ‘I Want You, I Need You’ has harmonies as big as a house –but the yearning message remains intimate and close. ‘I Don’t Mean To Stare’ is a sophisticated new version of the track that first appeared on the Under The Bridge compilation earlier this year 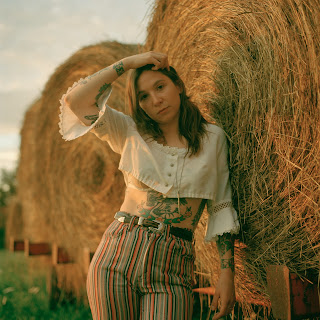 Julianna Riolino - Isn't It A Pity.

Toronto-based artist, Julianna Riolino shared her new single, "Isn't It A Pity" earlier this week, which comes as the final advance track to be lifted from her forthcoming debut album, All Blue which is out for release via You've Changed Records today. The album has found support so far from Pitchfork, Uncut, The New York Times, Stereogum, CBC, Exclaim, Shindig, Brooklyn Vegan and more.

Leaning more heavily on emotional reality than diary details, the kernel of truth and experience always shines through in Riolino’s songwriting. That duality rings like a lovesick bell on “Isn’t It A Pity”, a track lodged somewhere between AM radio breeze and the florid wash of Waxahatchee. Trilling organ and Roddy Carlyle’s rangy bass play the perfect complement to Riolino’s sweetly strummed acoustic. “Isn't it a pity, isn't it a shame / The flowers in our garden have bloomed and shed their fray," she bounces, before adding lines about astral projection, bringing a modernist edge to the vintage proceedings.

While also moonlighting as part of Daniel Romano's 'The Outfit', Riolino has slowly but surely been building a solo career of her own over the past few years with this debut LP following on from her 2019 EP, J.R. which helped to establish Julianna's musical direction while finding her open for the likes of Julie Doiron and Daniel Romano across North America.

Recorded in August 2020 at the now-shuttered Baldwin Street Sound, All Blue was produced by Aaron Goldstein (credits with Cowboy Junkies, Ducks Ltd, Le Ren, Kiwi Jr) and largely features a cadre of musicians playing together in the room. “Recording live made for some long days, but it was a lot of fun and I had the benefit of working with some really talented people,” Riolino says. “It helped create this feeling of glimpsing a moment in time. It's like therapy: I could just let out this period of life and then move forward.” 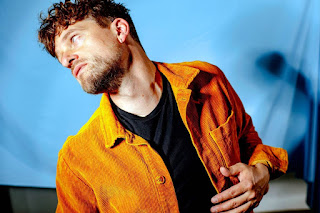 In Lasse Matthiessen's "Dreams Don't Make Noise", he sings of looking out over to Sicily's warm, dry sienna-coloured earth. He sings about the grapes that grow from the ground and about the sweet wine he and a mystery lady friend had in the evening. Wine made from the grapes. While he looks at her, who ”sucks the light out of the day and glows like the full moon at night”.

He sings of how they could sing their dreams out into the night or let them wither in the darkness of the silence. Because that's how dreams die. If you don’t go after them. But Lasse wants to go back and be there with her. Or maybe he was never there - as he sings in the chorus, "Dreams don't make noise when they die they just fade. It is only a dream”.

Lasse's dark, deep and rich vocals alone in the verse with only pumping synth bass. From the verse and into the pre-chorus, where the clear synth adds color to the chorus's explosion of choirs, beats and the heavy deep sub-bass while Lasse sings. We have to let ourselves dream and follow the dreams until they swallow us.

In "Dreams Dont Make Noise", the singer finds himself in a place that could be Sicily. It could be the South of France or elsewhere. A place where the dry sienna-colored soil is the fertile ground for the grapes grown there and is the ingredient in the sweet red wine he drinks in the evening in his dream when he sings:

"And you can kiss me if you like.
We can play the piano downstairs
Could sing dreams into the night
or let them fade”

In "Dreams Don't Make Noise", the "dream" of what Lasse hopes will happen, the dream of what has happened and what will never happen, flows together. It’s another excellent electro-indie banger from this hotly tipped artist, that’s flecked with melancholy and romance and it is also the title track of Lasse’s forthcoming new album.