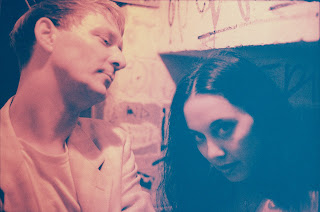 Berlin-based shadow-pop newcomers Bad Hammer have shared new single 'Call Me'. The single comes alongside news that they will be touring the UK and Europe in November and December, including dates with NY's Black Marble. Bad Hammer blends melancholic melodies with poignant guitar riffs, meandering along warm synth pads and subtly driving drum beats to dazzling effect.

Thematically the songs that make up their forthcoming debut, End of an Age, are connected by referring to a state of being on hold, undetermined, between looking forwards and back, holding on to something and anticipating change. End Of An Age will be released on November 25th.

Their new single, 'Call Me' is is a song about the connection between a mother and her child. A six-minute pop epic drenched in emotion and longing. On their new single, Bad Hammer says: "It's about communication, through the umbilical cord, then through touch, then through words, through machines like a telephone, through thoughts and eventually through energies when one is not there anymore. There is that desire, that feeling of solitude and vastness when that connection has become ethereal.” 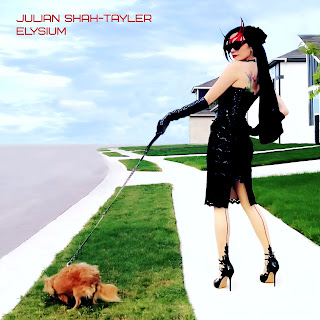 Julian Shah-Tayler is a new-wave electro-rock artist hailing from Leeds, UK now based in South Pasadena, California. He draws his inspiration from 80s and 90s New Wave, Britpop and Electronic Rock with lyrics inspired by literature and a lifetime of professional touring. Fans have described his sound as “David Bowie and Depeche Mode had a baby”. Synthy, complex, sexy music to make love to.

The new album, the third under his own name, entitled “Elysium” is “the story of *the* love of my life from the very moment we met, and the subsequent and very relatable emotional rollercoaster that comes with the territory of being in love and overcoming vast distances, both literal and metaphorical”.

The record opens with “End Of The Line” which narrates the dissolution of old pain, paving the way for new beginnings. It then takes the listener on a voyage through the building back of hope through the different moods and stages of love and resolves with the triumphant universalism of “Darkling U.” In a word Beehive Candy has no hesitation but to say "superb" no make that SUPERB!!! 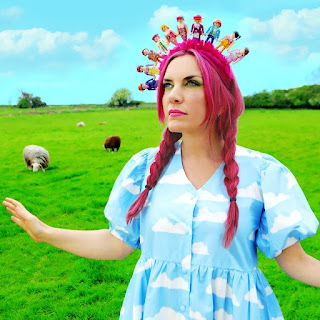 Arriving like a twisted fairy tale from the heart of Middle England, the new single from Fe Salomon is off-kilter and unpredictable at every turn. Taking the listener into “the countryside, in the middle of nowhere, with postcard villages and fresh clean air”, “Quintessential England” finds an artist reflecting on a period of her life where she gave up the bright lights of the city in search of a new life in Rutland (the smallest county in the UK on the Northamptonshire / Leicestershire border).

While this beautiful pocket of England provided the change of environment she craved, after spending a couple of years playing at the good life, petting sheep and living an isolated existence’ the daydream began to fade and Fe began to realise that the demons that had driven her there hadn't disappeared.

With its toy-town like melodies, topsy-turvy vocal trills and clockwork-like percussive ticks, it’s a song that twitches with a very palpable presence of paranoia and claustrophobia. Speaking about how she formulated its unique score, Fe remembers: “The starting points of this song were the howls and chirps made by the studio cat, mixed with vocals, then transcribed into violin parts and played with chopsticks.”

Through wry lyricism and vivid imagination, “Quintessential England” paints a lucid, if lonely, depiction of a life lived out in the sticks; one that ultimately arrives at the conclusion that perhaps “the grass isn’t always greener”. She’s still searching for that place to belong. 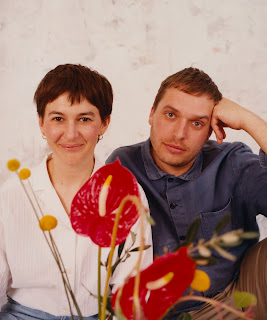 To celebrate the album release, they also share a video for the new album single “Glass”  Lucinda says of the track: "Glass is about the unhealthy relationships some of us have with work. Do you live to work, or do you work to live? Do you feel like you have a choice? It feels like a lot of people are starting to re-asses their work/life balance after the effects of the last couple of years. Ultimately I think there needs to be a shift in work ethics in general. Bring in the 4-day working week and pay people properly for their time and energy!"