The Sleeping Souls - The Claudettes - Cavalo55 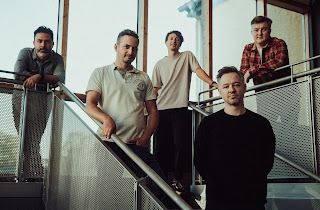 The Sleeping Souls are best known as Frank Turner’s loyal bandmates and fellow road warriors having played together for over a decade. But alongside this role, Tarrant Anderson (bass), Matt Nasir (piano), Callum Green (drums), Ben Lloyd (guitar) and together with Frank’s guitar tech Cahir O’Doherty (Fighting With Wire, Jetplane Landing and currently New Pagans) on vocals, they have branched out on their own with their first single ‘Liar/Lover’.

Blending the tight musicianship and ear for a heartfelt hook they’ve picked up during their many years on the road, this immense and affecting track tells the tale of acceptance in a waning relationship.

Written by the Souls whilst on the road over the past few years, the band explain: “We lie to ourselves and each other as easy as drawing breath. Every lover lies. “Liar/Lover” is about that moment in the breakdown of a relationship when you accept that there’s no repair: only ownership of your own part in its failure.”

A slow-burning acoustic rock track that sees gentle guitar plucks and rousing vocals swirl towards an emotive climax, the new cut is the first of a number of singles taken from a debut album from The Sleeping Souls (due next year). The Sleeping Souls have toured with punk-icon Frank Turner since 2006. They have recorded six studio albums with the artist, including 2022 #1 ‘FTHC’, headlined Wembley Arena, performed at the 2012 London Olympics and toured the world many times over. 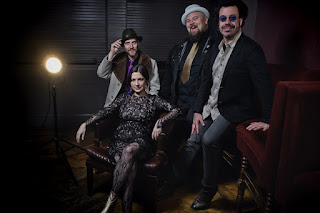 The Claudettes - Cowboy / The American Sky.

A couple of songs from the brand new album & I have to say time fly's it was 2020 when we last featured them & it seems just months ago, anyway another superb album from a fabulous band, enjoy!

What's the opposite of locking down, staying in, and yet another mildly satisfying TV night? That would be "going out," precisely what The Claudettes passionately prescribe with their rich, diverse, riveting new album, The Claudettes Go Out! Released on October 14, 2022, via Forty Below Records.

Though the song "Park Bench" features string charts by Jim Cooper, violin and viola by Andra Kulans, cello by Nora Barton, and acoustic guitar by Anthony Gravino, all the rest of The Claudettes Go Out! was performed by the four band members. The album opens with "A Lovely View," a  haunting, hallucinatory slice of post-punk soul, before unveiling profoundly heartfelt and sharply sardonic songs. "The American Sky" begins as a bluesy '60s torch song à la Peggy Lee's version of "Fever" before morphing into string-laden Flaming Lips "Superman" territory. "The American Sky" finds the narrator so smitten with his political talking points that he sees them as majestic soaring eagles. Later, the breakneck-paced "Exposure" summons the spirits of everyone from The Who to Devo as the band laments the necessity of music-biz meetings when all they want to do is play. 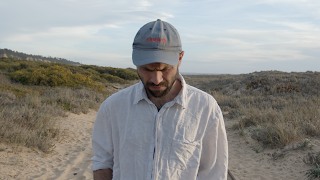 Growing up in Northern Italy, Cavalo55 didn’t have much to do apart from learning how to play the guitar and dreaming that he was somewhere in America. After playing in a few bands and studying at a film school, he quickly realized he’d never settle to be an armchair wanderer. As soon as he got a chance, he left Italy and traveled to Australia, Indonesia, Scotland, and the United States, where he mingled with anarchists and jammed with New Orleans’ music-loving crust punks. During those days of busking and train-hopping, he dug deep into the great legacy of old-time folk guitar music, absorbing the Delta blues of Robert Johnson, Blind Willie Johnson’s slide guitar, and picking up the Appalachian banjo.

A family emergency prompted him to fly back to Italy, and soon he made his way to Lisbon, Portugal, the westernmost part of the European Continent. After a short while he was already playing with countless local artists with these collaborations bolstering his reputation and songwriting. Now the right moment has presented itself for him to create and release the first songs under his own name as he looks to shape his musical identity as a solo artist.

Now manifesting itself for the first time on ‘Hi’s&Lo’s’. As he explains, recounting one trip in particular, and how it went on to provide the inspiration for the track: “I wrote this song on the way back from France to Portugal. There's this little place called Santo Tomé, close to Madrid, very dry, desert like hills, highways, and nothing else”. Cavalo55 goes on to explain: “it's about opposing forces that want us to keep some things unchanged, forever unspoiled, and at the same time our need to go forward. And it's about being happy, and being sad, and then being ok, and then in the end, it being all good”.

Mainly self-produced and in large part self-recorded at his home studio with a few tools and with additional production coming from Hugo Valverde and Tiago Saga (Time for T), it was mastered by Philip Shaw Bova (Marlon Williams, Bahamas, Andy Shauf) with Catarina Falcão (Monday), Paulo Novaes and Tiago Saga adding backing vocals. ‘Hi’s&Lo’s’ is the kind of gorgeous song you will soon come to expect from Cavalo55.

Cavalo55 The Claudettes The Sleeping Souls