Sharp yet surreal new single “Tangerine” is told from the perspective of someone who feels helpless, disposable and worthless. “I imagine this person trapped in a house, needing help and not being able to ask, then locking eyes with a neighbour and silently asking for help they’ll never get,” Jakobsen says.

Lyrically inspired by the work of Japanese author Haruki Murakami, Siv Jakobsen's stronghold of lyrical imagery is undoubtable. ["I’m a tangerine, peel me / Throw me in the sink, Leave me there to stink / I’m a tangerine, squeeze me, Let me drip down your lip"] Siv sings over a serene arrangement of hushed acoustic guitars, soft electronics and synths courtesy of Marcus Hamblett (Laura Marling, James Holden) and bass clarinet from Emma Gatrill (This Is The Kit, Lucy Rose).

Speaking more on the lyrical inspiration behind "Tangerine", Jakobsen said: "I imagined someone who was held against their own will inside a run of the mill suburban house, looking out from the front room and willing for someone to come let them out. This someone is mentally stuck, a deer in headlights, scared and frozen. Not wanting to stay but unable to leave - worthless in another's world, like a carefully peeled, squashed and tossed tangerine." 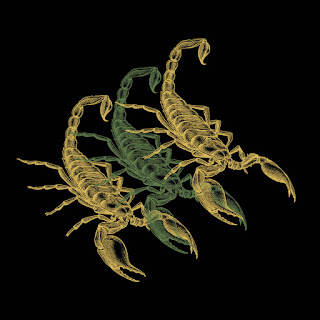 This Lonesome Paradise - the band of drifters whose western noir was born in the hazy Astoria underground released their new album Nightshades today October 21st.

Since recording and releasing the last album the band uprooted and transplanted to Joshua Tree, Ca. At a show in Los Angeles they quickly connected with local musician DJ and Producer Pat Kearns (Goat Mountain Recording), and set up to record their second LP in his off-the-grid one-of-its-kind solar powered studio in the desert. The conditions were already perfect for their sophomore effort, but leader E. Ray Bechard maximized the time by bringing in Taylor Kirk (Timber Timbre) to produce, Bart Budwig to engineer, and George Cessna (Slim Cessna's Auto Club) to contribute.

Taylor Kirk had this to say about the new album: “Not having much experience producing live-off-the-floor recordings, I was deeply grateful to arrive in the high desert to find that E. Ray had assembled an expertly crooked roadhouse band and location for the Night Shades session. Inside of eight days at the incredible Goat Mountain Studio in Landers, California, alongside engineer Bart Budwig and This Lonesome Paradise we almost instantly turned some very foggy-formed demos into beautifully spontaneous renditions of eleven tracks vaguely resembling a Morrissey-fronted Gun Club on a Slab City holiday.

The thrill of making these recordings in first and second takes from cactus framed vistas turned to envy as the songs organically morphed into their own exotica-lounge-casino-rock genre. While generously encouraged to interfere, I’m not entirely convinced I earned the producer credit. But I will proudly take it, along with a ton of ideas for the next one.” - Taylor Kirk (Timber Timbre)

Today JEEN reveals her latest full-length album, Tracer, co-produced with Ian Blurton.  She discloses, “Making this record helped me stay above water instead of going to the bottom, or at least make peace somewhere in between.” There is a vulnerable and fragile quality to her vocals: both warmer and less angular. One quickly realizes that Tracer is an immersive and intimate experience. A challenge or even a dare, to sit with and allow oneself to be taken in and even more so taken over.

“Little Idea” out today is a stripped-down song about wanting something and hoping it wants you back; like the point you give in after burning out on it for so long. JEEN continues, “I think on this album I was trying to convince myself it’ll all be ok, or if it’s not maybe that’s ok too… that quote ’find what you love and let it kill you’ sums it up pretty good for me.”

JEEN takes us down the rabbit hole of decades past, yet this feels very present. The influences are here: grunge, punk, garage, shoegaze, prog and psych rock. Tracer exudes the warmth of something familiar without being or feeling nostalgic. Every great record shares what the artist loves and inspires them with the listener. This is where Tracer absolutely shines. Yet this is all JEEN and this is her best—so far. 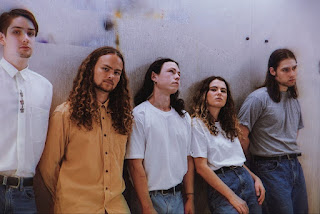 Meanjin/Brisbane group alt-rockers Staples release their instantly addictive track 'Unjust Jeans (And Guillotines)' today October 21, and you can bet it's going to stick like honey. Since forming in 2019, the band has released an EP 'Another Melodramatic Mess', sold out shows around Brisbane and last year they supported the Last Dinosaurs.

Returning to the stage in 2022 to launch their single 'Optimist', Staples look forward to releasing their highly anticipated sophomore EP out on November 18. The next release that we're lucky to witness is 'Unjust Jeans (and Guillotines)', a song as memorable as its title.

With a feel-good, bop-ready beat and nostalgia-dipped rhythm, 'Unjust Jeans (and Guillotines)' is one of those tunes that will effortlessly inspire smiles and get people moving. The tune is synonymous with festival season and sunny days spent with mates outdoors, and evokes a sound that could be a mix of The Smiths, The Cure but with a unique indie-rock twist. Though it's a fun tune, it isn't without substance, with lyrical gems like ‘revolution isn’t served on silver spoons’ given space to strike a chord. Speaking further about the song's story, Staples explain:

"Blending driving post-punk basslines, glistening synths and nostalgic jangle-rock guitars, “Unjust Jeans (and Guillotines)” explores the bleak reality of worker exploitation and corporate greed under late-stage capitalism, while encouraging solidarity and hope within the hopelessness." That hopeful energy comes through strong on 'Unjust Jeans', and will no doubt earn the group even more support. So far, they've had consistent 4ZZZ airplay for three of their singles - ‘Talkerspace’, ‘Shoegrazze’ and 'Optimist', as well as drumming up reviews by presenters over at Triple J Unearthed.
Staples · Unjust Jeans (and Guillotines) 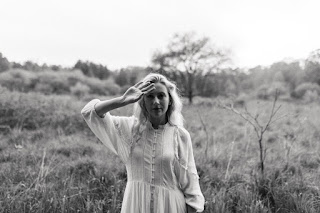 She's an exceptional siren whose gift of artistry bypasses cliché and stakes her authenticity as both singer and songwriter in the genre known as "three chords and the truth."

Witter's truth lies in a naturally intuitive voice and a phrasing that zigs when you expect it to zag and a lyrical prowess that expresses natural emotions and opinions. "Chasing Fireflies" elicits joy and encourages introspection. Inspired by a hike with her husband, it's about spreading love and enjoying the little things in life with your partner.