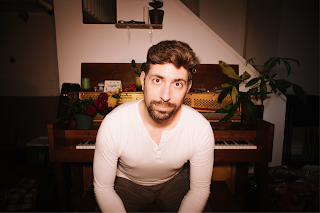 Burned-out mathematician turned indie-soul artist, Jeremy Voltz’s music is inspired by thinking deeply about the people in his life and what he’d love to have the courage to say to them. Reminiscent of Jeff Buckley, Hozier, and Stevie Wonder, he has a voice that is powerful and haunting, delivering hook-heavy melodies with universal, heartfelt lyrics.

Voltz’s new indie-folk single, “Mountains”, follows on the heels of his debut full-length album, Weekender, produced by multi-JUNO-winning producer Michael Wojewoda. Weekender was named Album of the Year at the Ontario Folk Music Awards in addition to receiving national airplay. The music video for “Fall Apart” has been screened at film festivals internationally and received awards at the Indie Gathering International Film Festival and the Open World Toronto Film Festival.

A signed artist with Hyvetown Music Publishing, Voltz has quickly gained notoriety as a songwriter. His songs have been featured on national commercials as well as on film, television, and radio by companies such as Hallmark, TLC, the NFL, and CBC Radio. Currently featured on Spotify’s Discover Weekly, his award-winning acoustic anthem, “One Day at a Time,” has millions of worldwide listens and recently inspired an illustrated children’s book.

Sacramento quartet Güero have returned a new single “Scribe,” a first taste from their third album, due in early 2023. The track was produced with Akiyoshi Ehara (Geographer/The Seshen).

Discussing “Scribe,” bassist Russell Volksen noted, “We called it ‘Scribe; because it came from always recording the practices, like the way a scribe was tasked in being the record keeper. The song started just as something that we jammed on, a three-chord progression that Rik had. A week or two later, I was listening to it and thinking, ‘We have to try to make a song out of these riffs because they’re really cool’.  So, I played it for everyone and we kind of were able to grab some of the parts and construct a song using those riffs. It feels like it was the first time we ever did that, where we pulled some random riffs in a jam and said, ‘that’s the intro, that’s the verse, etc.’ Mike would always yell, ‘Scribe’ impersonating the scene from, ‘Monty Python & the Quest for the Holy Grail’ if we needed to pull up a recording for reference after this.”

Along with Volksen on bass, Güero are guitarist/vocalist Rik Krull, keyboardist Shea Ritche, and drummer Mike Ruiz. The quartet are fond of banging things out live, in their rehearsal studio, recording via the Voice Memos App, to see if anything clicks and sparks. Through this process “Scribe” was born. 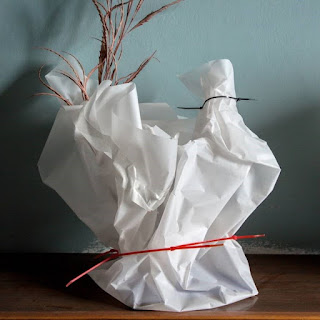 From the beginning of her career, Hannah Schneider has established herself as a unique musician on the Danish scene. With her love of strong melodies and well-crafted lyrics, she constantly treads new artistic paths, carrying the weight of contemplation as a companion.

‘Ocean Letters’ is written in a time of turmoil, where the waves of water and time have inspired Hannah Schneider's universe of contrasts. Where she has found her classical roots and connected them to her electronic universe. Where gravity and hope, vulnerability and beauty exist side by side at all times.