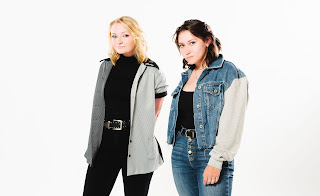 Tough On Fridays have announced their new album The Encore You Didn't Ask For will be out on November 4 and is available for pre-order now via Archangel Records.

The Encore You Didn't Ask For is the second full length album from the band, with A Fantastic Way To Kill Some Time being their first full length album that was released during the height of the pandemic. The first album was the sound of a band just starting to explore who they could be, The Encore You Didn’t Ask For, is the sound of a band sure in the knowledge of where they want to go and what they deserve for all the hard work to date.

Alongside the usual learning curves and sonic development, they have navigated around all the usual obstacles that get thrown in the path of rising bands, from lineup changes to finding management and representation, to the general cut and thrust of getting noticed in the busy, shark-infested waters that are the music business.

But Tough On Fridays is a band that has always known where it wanted to go and found a way to get there. The focus never seemed to waver, and the goals were always evident. And now, having overcome all those challenges, they reap the rewards. And the first and most immediate of those rewards is seeing their second full-length album hit the public very soon.

And what an album it is. Tough On Fridays may have done its growing up in public, but hearing all of these great tunes in one place, not to mention the fact that the band hasn't been afraid to rework older tracks so that they fit better alongside the newer songs, feels like the perfect justification. Justification of their hard work and the people's belief in them along the way. 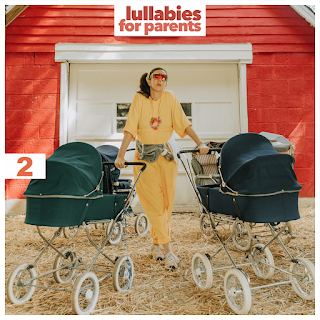 Now that the kids are back in school, (save for 1 still at home) Rosie Thomas resumes her Lullabies For Parents series helping to comfort, sooth, and encourage other parents. In Volume 2 (due in March of 2023), Rosie dives into the lessons we hope to convey to our children, and reminders we can all use ourselves.

“I imagine most parents, like myself, have some constant background anxiety of making sure we can impart any/all wisdom we’ve gathered through our lives – to pass along what we’ve learned, and hope to not miss anything. As it happens, when I think about those things, it’s often the same life lessons that are helpful to remind myself of too as an adult to ease my own worry.

Plus, as much as we want to say all the right things the right way, (impossible,) I have to remember they learn the most from just watching us, so I have to try to exhibit those attributes myself most of all. No pressure! Volume 2 deals with a lot of those “lessons/reminders” – a lot of the main ideas I want to communicate to my kids: to live wild and free, to be bold and confident in who they are, to be discerning, and not to settle.

To treat women with dignity and respect, to stand up for themselves and others. To have empathy, to look out for the overlooked, and let them know they are seen, worthy, and loved. Acknowledging while I may not have all the answers, I will always be there to help them figure it out for themselves. My hope is that wherever they land on the “big” questions of worldview, to always error on the side of love, and treat others how they would want to be treated. Okay, I just got a little angsty again thinking about it all. It’s okay. It’ll be alright;)”

Lullabies For Parents Volume 2, again sees featured guest performances from friends, and fellow parents. First with Iron & Wine on Fly Little Crow, Josh Ottum on “Life Is a Gas,” and later William Fitzsimmons, and Denison Witmer. The project is still quite the family affair with the mother/father duo of Rosie and the many-hat-wearing, Jeff Shoop (producer, co-writer, musician, engineer, art director, video director, manager, and label director, plus plus) #SupportSmallFamilyBusiness 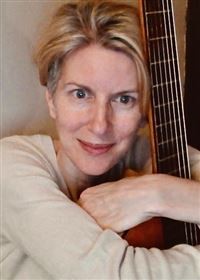 “Living on Different Planets” is about navigating the challenges (what is real, what is fantasy) and feelings (from alienation to elation) generated by our on- and off-line worlds, trying to stay grounded (through music) yet moving forward as individuals, a civilization, and a planet.

The song references . . Elon Musk’s vision of space expansion as an option to the demise of our planet, forcing us to look at our mortality, yet we seek immortality. Leonard Bernstein’s famous quotation: “Music is notes . . . and that’s all there is to it.” We tend to overcomplicate our lives, while craving simplicity. But will just notes (reality) ever be enough for humanity? Generational divides and the (universal) need to move away—across the country or a continent away—to find ourselves, which can feel like a world away.

In the end, we all create and live in our own fantasy worlds. “ Living on Different Planets” displays a high degree of musicality and originality. Upbeat and playful, yet philosophical and reflective, the lyrics and music conjure a magical soundscape reminiscent of some of Sylvia’s favourite artists: David Bowie, Orchestral Manoeuvres in the Dark (OMD), and Kate Bush.

Similar to her previous single ”Bully-Man”—her plea to Putin to end the war in Ukraine, Sylvia is tuned in to the zeitgeist with her new single “Living on Different Planets” exhibiting her usual calm intensity. 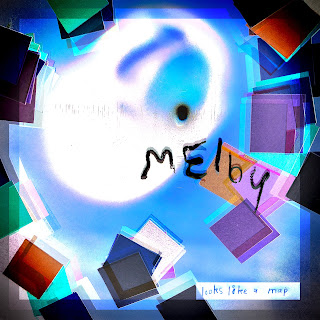 On a first, careless, listen, Stockholm four-piece Melby might seem like a charming, fun little jangle-pop band. Pay a little more attention however, and you’ll find their waters run a lot deeper than that. The band have all the flash and sparkle of your favourite indie band, but add an ability to touch moods and feelings with a meaning beyond most of their peers. Their guitars, drums and synths rattle, roll and flicker around each other, all held together by the soul-shiver in Wiezell’s vocals, to make immaculate little guitar-pop gems, equally dusted with sadness and sugar.

Finding comfort in a sea of uncertainty might be a good way to describe Looks like a map, the bands second album. The record captures Melby at a moment where they’re growing as people and as a band, expanding the reach of their sonic horizons, and taking in deeper and heavier themes, trying to find a home in an often-alienating world.

The music they made around that has a little touch of sorcery around it, sometimes soft as smoke, sometimes woozy and dream-blurred, sometimes crashing and explosive. But even through all that evolution, the heart and the soul have remained the same, and Looks Like A Map still has that Melby-feeling, of a band who put all of themselves into everything they make and their own blend of indie, psych, pop, rock and folk. It’s a new high for the band that have toured Scandinavia, Germany and the UK and have played festivals such as Eurosonic, Reeperbahn and By:Larm, and one that hints at even bigger things to come.
Rama Lama Records · Melby - Looks like a map