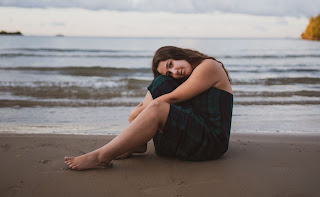 Katherine Fischer - To This Day.

Like a re-discovered diary entry on your worst day, Katherine Fischer wants you to feel understood. With over 250 songs in her arsenal and counting, she hopes to be your tour guide through the darkest corners to the brightest balcony of her human experience.

Hailing from London Ontario, Katherine Fischer writes songs for souls with big feelings. In August 2016 Katherine released her debut EP "Here I Am" followed by her sophomore release "Wildflower Heart" in 2019.  Her EP's share folky heart led narratives that rival your favourite coming of age novel. Katherine's song "I Choose You" was included on Amazon's "Best of 2020: Folk" playlist alongside Kathleen Edwards and John Prine. In 2021 her single "Memories" was released and placed on Spotify's "New Music Friday" and most recently her song "The Current" was added to Spotify's "Folk and Friends" playlist.

Funded by the Ontario Arts Council, London Arts Council, SOCAN Foundation and SHINE Foundation, Katherine's debut full length  album "Great Loves" was released November 2022, and has garnered over 60,000 streams and 8,000+ fans worldwide. "Great Loves" blends Americana, indie pop, cinematic strings and harmonies that wrap around you to create a breathtaking folk album. Great Loves is the story of all incapsulating love, of the land, of people, of yourself.
Katherine Fischer · To This Day 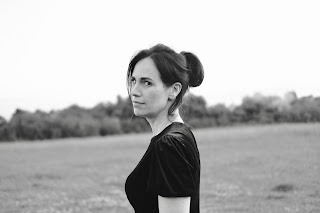 Marlody’s first album I’m Not Sure At All will be released by Skep Wax in January 2023, and this single is the first taste of what’s to come. The beauty of the music – the rolling waves of keyboard, the apparently simple vocal melody – hit you first.  But Summer is like a trap: it’s drawing you into a darker place.

Sung from the perspective of a young girl whose mother has died, Summer gives a disturbing, eerie picture of an adult world that’s losing its moorings.  The innocence of the child and the sweetness of the music pull us safely through, saving us from the worst of it, but Summer is a perfect example of Marlody’s ability to weave songs so disarming that, for a few minutes, we feel as innocent as the child in the song.  For a while, we don’t notice that summer is over. We don’t notice how dark it’s getting. 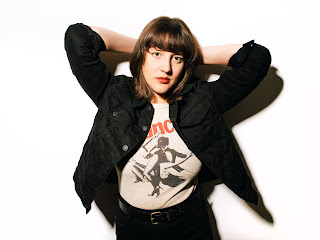 Celebrated Nashville singer/songwriter Caitlin Rose released a new single called "Getting It Right" off her forthcoming album CAZIMI (out November 18th via Missing Piece Records). Co-written with Courtney Marie Andrews, who also sings harmonies on the track, "Getting It Right" finds a resolute Rose trying her wearied best at self-improvement.

“Several years ago, I fell in love with Courtney’s first album,” stated Rose. “I had been doing co-writes for a while, but realized I needed to start focusing in on the writers and artists I really wanted to collaborate with. I wasn’t really being set up on things that were fulfilling that desire so I snuck into her DM’s and proposed a write whenever she was in town. Luckily she was already in town and we spent an extremely hot afternoon on the patio talking astrology and music and walking away with what I always thought of as a bit of a banger.”

She continued, “It feels like an obvious anthem for the album with all the time that’s gone by and the hole I was in for a few years. All the disappointment of feeling like I couldn’t do a damn thing right. I’m not even sure how much of that discussion was had, but it was really refreshing to talk and create something with someone on the brink of their own amazing journey. A little of my own cynicism dissolved that day, and even though it would take a few more years before I could actually embark on my own re-entry into the field, it’s definitely a song that helped push me in the right direction 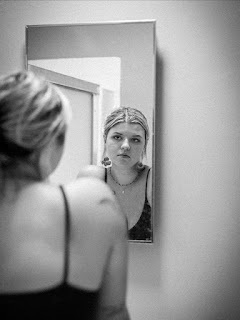 Singer-songwriter Eliza McLamb is coming of age right in front of us. When the beginning of the pandemic interrupted McLamb’s studies at George Washington University, she eschewed the pre-law path she’d planned for herself and headed west. She started sharing original songs on TikTok while working on farms in North Carolina and Kansas, and was shocked to see her videos find a devoted audience. “I'd been writing songs since I was six years old. It just never really occurred to me that there would be anyone interested,” says McLamb.

Soon, her intimate songs about relationships, body image, and the complexities of life as a young woman started racking up millions of views apiece. Her earliest tracks were deeply personal, made from nothing but her voice and a guitar and recorded in the laundry shed where she lived at the time. Nevertheless, they contained something that resonated — an intimacy borne from her ability to speak to the universal while also speaking only for herself.

Last month McLamb announced her signing to Royal Mountain Records (Wild Pink, Pillow Queens, Girlpuppy), with a track called "Doing Fine", that received a glowing write up from FADER, who said that McLamb "pins down big feelings with sharp observations" adding that her writing is "sharp and heavy at the same time, packing a heftier kick than her singer-songwriter peers." Today, McLamb is back to announce her debut EP Salt Circle, produced by Sarah Tudzin (aka Illuminati Hotties), and sharing a new track entitled “Pulp." 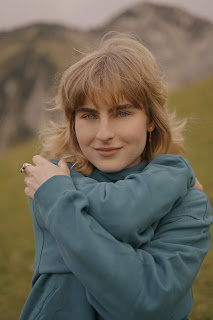 Mary Middlefield is a singer, songwriter, guitarist, and classically-trained violinist from Switzerland. Her debut single “Band Aid” features Middlefield’s melody, guitar, and violin writing skills all of which is on full display.

“I really wanted to write a song in which the lyrics could really transmit plenty of different scenes and images,” Explains Mary Middlefield. “I ended up creating a story in which two characters fall out of love before their love story actually begins. I loved the idea of using specific vocabulary that would make the story take place in a theater, where a show should have taken place but never did. I chose to lead with ‘Band Aid’ as a single because I think it’s very relatable. Relationships often break before they even begin and someone always gets hurt, especially if they put themselves out there from the start. The production incorporates everything I love: violins and cellos, folky guitars and smooth drums…”

“The video for ‘Band Aid’ is very similar to the song,” Middlefield continues. “I really wanted it to be set in a theatre where I’m the one putting on a show for a man, desperately trying to give him any character he could potentially want. But it ends up being all in vain as he gets bored and falls asleep during this pathetic show that he doesn’t enjoy. I’m a very openly vulnerable person and give people around me often big pieces of me from the very start. I feel that this video is very true to me and sincere.”