H.C. McEntire announces her new album, Every Acre, will be released on January 27 via Merge Records. Co-produced by McEntire, Missy Thangs and Luke Norton, Every Acre features nine poignant new songs, including two tracks with backing vocals provided by S.G. Goodman and Amy Ray. Along with the announcement, McEntire shares “Dovetail,” the new single that imagistically depicts various women and their various gifts, their various traumas.

“‘Dovetail’ began as a jangly, four-on-the-floor country demo I roughly recorded at home,” McEntire explains of the song’s inception. “In the studio, the band and I leaned into the twang and outlaw attitude, recorded it, and moved on to work on other songs. But something kept calling us back to reimagine this song, to look at it from a different angle. One night after a long day of tracking, Luke started playing the ‘Dovetail’ chord progression on piano, but much more slowly. Daniel jumped behind the drums and played a simple halftime beat while I stood next to the piano and sang out into the room. We quickly recorded about a minute of the experiment onto a cell phone and went to bed. The next morning, we referenced the recording and tracked a full-band version of the song in that style—essentially, it took the form of a ballad.”

“This ‘classic’ arrangement offered space for a more nuanced vocal delivery; the slower pace allowed vocal lines to stretch and stand tall with emotion. The less-is-more approach created a vulnerability that felt right and also applied intention—to clearly speak, suspend, and spill out the narrative. Throughout verses, I posed the personalities of various women in juxtaposition—a way to both celebrate differences and individuation, as well as acknowledge the complexities of being in relation with a range of traumas, including my own. The pre-chorus and chorus lyrics nod to a problematic dynamic that can occur when presumptions are made about an Artist solely based on the social consumption and/or interpretations of their Art—romanticism versus reality.” 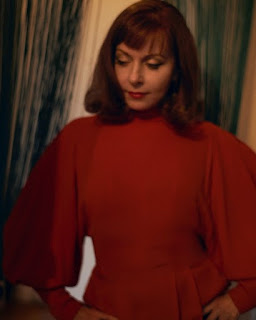 They say all good things arrive in threes, and the third single to be cut from Addie’s upcoming album ‘That Dog Don’t Hunt’ (out 25 November, via Itza Records) is a prime example.

A song that dwells upon the laws of the ultimate numbers game, “The First Odd Prime” finds Addie reflecting on Fibonacci's revolutionary sequence, and the natural order of things. As Addie explains: “This is about compassion, as seen through the lens of Nature, The Golden Ratio, Fibonacci Numbers, with the fairy dust of the Charles Laughton film, Night of The Hunter, thrown in for colour.”

Chiming with the themes of “odd primes, the Golden Mean, rescue and homecoming” expressed in the song, the new single arrives with a mesmeric official video that finds the numerical and the natural artfully intersecting with one another. Directed by Andy Alston (Del Amitri) and co-edited with Addie Brik, the live footage was captured outside Addie’s home in  Scotland, with additional film clips provided by Glenn Lewis (Mick Harvey, Cambodian Space Project). 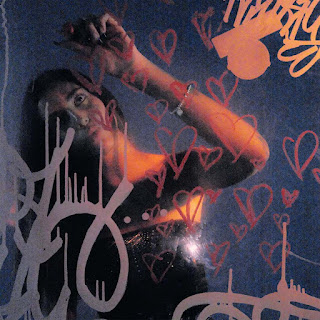 Mia Baron - Rebel Without A Cause.

Toronto-based pop singer-songwriter Mia Baron pens lyrics which touch on how challenging it is to figure out who you are and what you want. Baron's songs show that for her, the sky's the limit. Natural talent, swagger, and drive have played a role in this 14-year-old artist racking up close to 300,000 total Spotify streams.

Her latest release, "Rebel Without a Cause," describes teenage rebellion: an adventurous desire to do forbidden things, test the limits and go against what's expected.

Baron started singing at just nine years old and turned professional at 11. When the pandemic halted her busy schedule as a live performer, she pivoted to releasing songs every few months with the help of her production and co-writing team Matt Kahane and Quin Kiu. With a sound shaped by artists like Madison Beer, Nessa Barrett, and The Weeknd, Baron's pop tracks are frequently filled with stuttering beats and moody vibes. 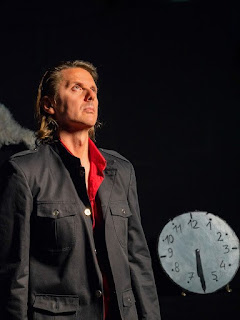 Milan-based singer-songwriter QUARRY is set to release his new single: “New City Comes Along”, taken from his new album ‘Positioning The Sun’ out now. Paying homage to the victims caught up in the Ukraine war, “New City Comes Along” seeks to shine a light on the stories of those citizens whose lives are completely destroyed by such conflict. As Quarry explains:

“A city devastated by bombing and reduced to rubble is one of the most heartbreaking things to see. How many stories are behind those bodies scattered along the streets, those destroyed buildings that were once warm houses to families. I wrote this song thinking of a beautiful city like Kyiv falling into ruin, but it could be any city destroyed by warfare. New cities will, eventually, come along through the skin of the razed ones.”

Agitated by injustice but laced with an optimism for a better, more peaceful future, “New City Comes Along” is a punk-razored track that finds Quarry taking inspiration from the revolutionary class of The Clash while injecting a chorus of hope into their frenzied formula. Showing a new side to the multi-faceted artist that the softer and more reflective previous singles “This Is The Story” and “Beyond Any Sense” perhaps left camouflaged, it blends clangorous drums with impassioned vocals and driving guitars that rise-up like a rallying cry for peace.

The new track was the finishing touch to Quarry’s new LP ‘Positioning The Sun’ (out now via Lowfieye Records); an album born out of the feeling of living suspended in time during the pandemic. Written and recorded in Milan between 2020 and 2022, the LP has a knack for capturing the overwhelming weight of the world’s complications.