London's influential electro-rockers Sohodolls are back! After being out of the limelight for more than a decade, a globally enforced lockdown revived one of their classics ‘Bang Bang Bang Bang’ into an unexpected viral TikTok hit among the Gen Z glitterati, which has inspired the band to reform and release some stunning new music.

“I regret not trusting my instinct to stand up for myself. So, this song is about understanding and accepting that fight instinct. About standing up for yourself and rejecting advice that I think is mostly given to young women in my line of work. You shouldn’t always act on it, but you shouldn’t deny its existence. We are all animals - females included!”, she further explains.

‘I can be good and sometimes clever, but when I’m bad I’m so much better’, is the seductive refrain of this stomping rock banger, which embeds catchy hooks under a thick gloss of gothic riffs. Pounding drums, whirring synths and fuzzy guitars melt into an infectious sludge earworm for all of us out there who are inherently bad!

“It took me years to realise I was being walked all over by bigger fish in the music industry. For example, as a burgeoning songwriter writing for other artists, I was given unfair deals that my then management justified as a way of getting on the ladder. Looking back, it was total rubbish and it basically amounted to intellectual property theft! I knew at the time that I could have fought for fairness, but I was told over and over again that to do so would give me a reputation of being difficult and I might not get to work with certain labels again.”, she reveals. 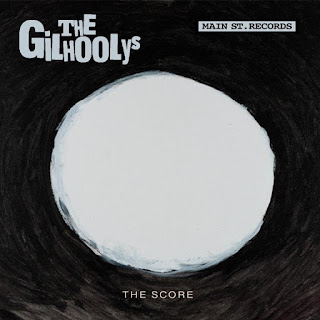 This is one impressive indie rocker where the band are naturally slick and the vocals exude emotion and add an additional layer of power to the track. The bands promo tells us:

‘The Score’ is a song about appreciating moments in life that didn’t seem a big deal at the time. Now upon reflection they are understood and cherished in a new way. The Gilhooly’s are a cult Glasgow band who came together in the 90’s around the time of Travis, Teenage Fan club and Cosmic Rough Riders. The Ex Cosmic’s Bass Player, James Clifford is now fully entrenched in the Gilhooly’s line up, adding Basslines and Harmonies.

With their old songs gaining attention, praise and Airplay, they have re-emerged from the shadows. Having  signed to Main St Records they released their first Single - STAR  ( No 1 Indy chart) in June 21 and followed up with - WILL GOD FORGIVE - ( No 2 Rock Chart).

Along with a  new album release in November 21 - G10 - ( No 6 Rock Chart ) and touring Scotland with new songs, It’s been an incredibly busy year for the band. The Fans are back, talking and listening. 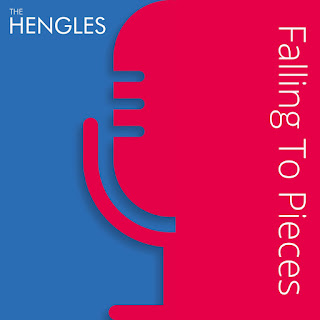 The Hengles - Falling To Pieces.

Ever thought about Falling To Pieces? It’s not that far away as you might think. This new single by The Hengles is playing with all kinds of emotions. It’s deep. Way down. Don’t think it can’t happen to you, because it can! After a long tense, hot summer, this heated world needed a serious cool down. There’s just no alternative.

And you know it! Falling To Pieces, seemingly starting out of nothing, evolving into an epic fiery Pop song as only The Hengles can do, wandering through nostalgic, eclectic angst, ending with a high note and finally returning to its sweet silent state. It’s a fact of life. So, come on in and join this celebration!

Influenced by more than 60 years of British and American pop music, The Hengles manage to blend this into their own style and give proof of their skill in writing and recording melodic, catchy pop songs with a twist.

TCBYML · The Hengles - Falling To Pieces

‘i ti’ is a song that announces a new beginning and a new creative chapter for Gillie, an intuitively gifted songwriter, guitarist and producer, Libertino are overjoyed to welcome onto the label. It is the first material the Carmarthenshire born artist has written in the Welsh language and the first song written and recorded after her return to live in Wales after spending her late teens and early twenties in London.

Deeply influenced by place, Gillie blends musically on ‘i ti’  the serenity of the Welsh countryside with the industrial undergrowth of city life, to create something hauntingly serene. Blending gold-flecked guitar loops into a ambient haze, Gillie harnesses the anxieties, stress and struggles that had congregated within her and weaves them into something unapologetic yet inherently intimate.

As Gillie explains: "This song centres around a period in my life where I was looking for a change of direction and hoping to rectify frustrations of feeling overwhelmed and worn out. The rhythm is an attempt to reflect the fast pace of a city life that I was ready to leave, whilst the dreamy vocals reflect escapism, and a yearning for something more. I began writing this track in my last month of living in London, but the song itself came to life and was fully realised once I made the move back to my homeland.

"Some of the lyrics are quite disjointed. It doesn’t so much tell a story as it tries to capture a feeling of making decisions. I (kind of) wrote it as a stream of consciousness and didn’t think too much about the concept. I wanted to capture a feeling without over analysing it. The first verse touches on how I often feel that I am pointlessly shouting into the ether, trying to be heard, whilst I slowly get older, collecting defects along the way. The second verse sees me trying to leave some of these thoughts behind, looking toward a new start as things gently begin to fall into place.
Libertino · Gillie - I ti