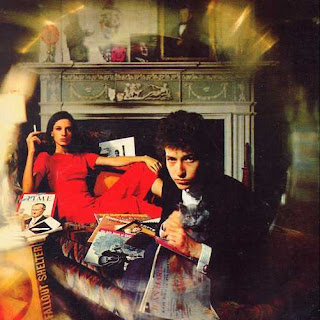 The controversy of it all! 1965, the year Bob Dylan 'went electric'.

Looking back now, it all seems so quaint.

Fans outraged that Bob Dylan had sold out, abandoning his folk roots, and daring to perform with a band, and not only that, some of them had 'electric guitars'.

It all began at the Newport Folk Festival in July of that year, with the crowd apparently 'booing' as he performed three songs with what was then most of The Paul Butterfield Band.

The legend of going electric (with the famously recorded heckle of 'Judas' the following year in Manchester - England), is of course in the scheme of things pretty unimportant, but way back then the folkies were clearly a serious bunch, not open much to their icons doing the unthinkable.

Mind you it did not do Bob's record sales any harm, and can you imagine 'Desire' or 'Blood On The Tracks' as wholly acoustic affairs?

After the Newport festival and in support of the record 'Highway 61 Revisited', Dylan was booked for two U.S. concerts and set about assembling a band.

Mike Bloomfield was unwilling to leave the Butterfield Band, so Dylan mixed Al Kooper and Harvey Brooks from his studio crew with bar-band stalwarts Robbie Robertson and Levon Helm, best known at the time for backing Ronnie Hawkins.

In August 1965 at Forest Hills Tennis Stadium, the group was heckled by an audience who, Newport notwithstanding, still demanded the acoustic troubadour of previous years. The band's reception on September 3rd at the Hollywood Bowl was more uniformly favorable.

This is the Hollywood Bowl concert in full.

This is a well preserved soundboard recording and very good quality.

fulhamx said…
Nice clean, sharp recording of a fantastic gig
wonderful post, thank you so much
17 December 2007 at 23:50