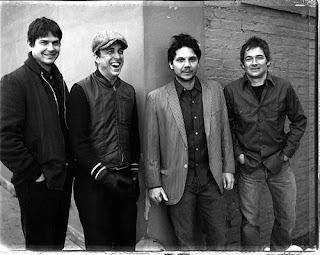 This is what the UK's Uncut Magazine had to say about Wilco in 2007. 'Sometime in the late 1980s, Jeff Tweedy and some friends from Belleville, Illinois, formed a band called Uncle Tupelo. They were pretty good, as it happens, but the impact they had was phenomenal. By fusing American roots music with the scrappy vigour of punk and grunge, Uncle Tupelo accidentally kicked off the entire alternative country scene. Quite an achievement. But that wasn’t good enough for Jeff Tweedy. In 1994, Uncle Tupelo split up, and Tweedy began a quest to stretch the parameters of what we could loosely call Americana - though he’d probably baulk at the term himself. Tweedy put together Wilco and, over the course of six studio albums, various elaborate and rewarding projects and multiple gifted line-ups, the band have become one of the most inventive and popular bands in America'. Praise indeed, and having listened to their music over the years, I tend to agree that Wilco are one high
6 comments
Read more 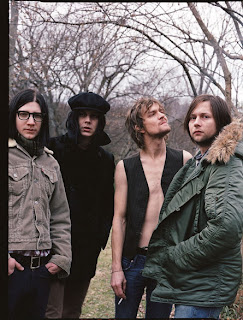 This is the April minimalist edition of 'Whats Up Doc', in keeping with those fine chaps The Raconteurs website . Released recently then, check out the excellent new Raconteurs album - 'Consolers Of The Lonely'. The Raconteurs - 2 - Salute Your Solution.mp3 The Raconteurs - 05 - The Switch and the Spur.mp3 The Raconteurs - 13 - These Stones Will Shout.mp3 (links for The Raconteurs removed - see comments below) However those nice folks at NPR are currently 'officially' streaming two tracks from the new album HERE . Buy HERE. Portishead have not rushed into their third album (called Third) fans may also want to tread a little carefully - mixed revues all round. Links Removed - MP3 Policy. Portishead - Machine Gun.mp3 Buy HERE . REM recently released 'Accelerate', if you are a fan you will probably have a copy (reviews have been generally quite positive), if you are unsure then checkout: REM - 06 Accelerate.mp3 REM - 10 Horse to Water.m
2 comments
Read more
More posts