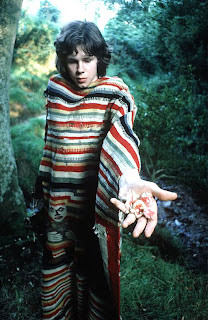 I do not intend to write about Nick Drake here, except to echo the common view held by so many, who have come across his music down the years, of 'what could have been' . His short life is well documented HERE , and I would only end up copy and pasting excerpts, so spend a few minutes at Wikipedia if you choose. His three studio albums remain firm favorites of mine, and fall into that very special 'timeless' category. The unofficial releases of Nick Drake tend to be demo's and home recordings, as is the case of 'Second Grace'. Bootlegs in circulation include 'Tamworth-In-Arden', 'Complete Home Recordings' and variations on that theme. Second Grace has appeared in at least three different forms, this version is originally from a 25 track CD circulated by 'Mirrorglass Music'. These are home recordings probably at Tamworth and possibly Hampstead, and cover all three album releases in part, along with some unreleased tracks
8 comments
Read more 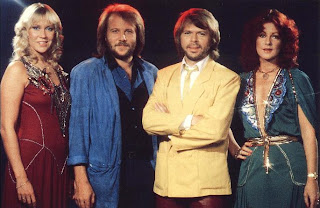 This particular recording is circulated as 'Sweet Dreams Are Made Of This'. Probably better as a recording band, Abba none the less were highly successful on their tours, and with Anni-Frid and Agnetha fronting the performances, were not short of glamour! This live performance is as I understand, recorded from the 1981 concerts taped for the Dick Cavett Meets Abba TV special, in the USA. Some of the cuts are I think commercially available on Thank You For The Music and Abba Live, however for completeness I have included all of the boot here. Apart from that I do not have any other information on this particular bootleg. As a whole this is possibly better than the official releases, and some have said is the best Abba live album never made. Set list: 1. Voulez-Vous (4:44) 2. Knowing Me Knowing You (4:30) 3. Chiquitita (5:29) 4. Gimme! Gimme! Gimme! (A Man After Midnight) (5:06) 5. Super Trouper (4:31) 6. I Have A Dream (6:35) 7. The Name Of The Game/Eagle (
3 comments
Read more 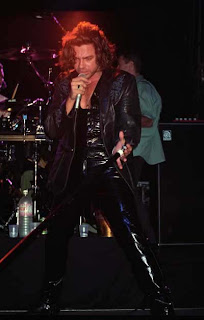 I was one of 72000 people who enjoyed INXS at Wembley Stadium, London, eight months prior to this concert. They were pretty cool in London, and still rocking, when they got back home to Australia at this event. The London concert was released officially, this boot really compliments that release. Their Sydney performance was broadcast locally on FM, however their final song of the show was not aired. A rare audience recording of the last song has been included here for completeness, and is a must for any INXS fan. This then is INXS performing at the Concert for Life, in Centennial Park, Sydney on the 28th March 1992. Set list: 01. Guns in the Sky 02. Send a Message 03. The Stairs 04. Mystify 05. Bitter Tears 06. Taste It 07. Need You Tonight 08. Mediate 09. Disappear 10. All Around 11. Suicide Blonde 12. What You Need 13. Kick 14. Never Tear Us Apart 15. Baby Don't Cry (Audience - partially remastered) With the exception of the final track this is a
5 comments
Read more
More posts