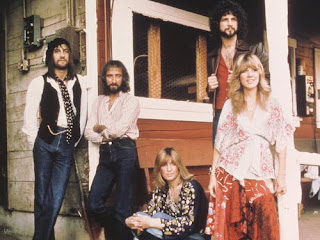 This is part of a series of tour rehearsals undertaken by Fleetwood Mac over three days on a sound stage in Los Angeles.

The rehearsals took place from the 18th to 20th October 1979, and there was an audience in attendance for the 'warm up' performance made up of friends and family.

The rehearsals were filmed using a single camera video shot except on the 19th October where multi camera material exists. DVD boots of the rehearsals are in circulation, the sound quality on some is not to good and picture quality even worse. This is audio only from one of the sessions and is a whole lot better quality.

These rehearsals were in preparation for the bands tour in support of the album Tusk.

Tusk remains one of Fleetwood Mac's most ambitious albums to date, although selling only four million copies worldwide. This, in comparison to the huge sales of Rumours, inclined the label to deem the project a failure, laying the blame squarely with Linsey Buckingham himself. Mick Fleetwood, however, blames the album's relative failure on a major U.S. radio station's playing all 20 tracks in their entirety prior to release, thus allowing mass home taping. In addition, Tusk was a double album, which increased its retail price in stores compared with that of a single album.

The band embarked on a huge 18-month tour to support and promote Tusk. They travelled extensively across the world, including the USA, Australia, New Zealand, Japan, France, Belgium, Germany, the Netherlands, and the United Kingdom. In Germany they shared the bill with reggae superstar Bob Marley. It was on this world tour that the band recorded music for the Fleetwood Mac Live album, which was released at the end of 1980.

Sakalli said…
Can you add my new blog address to your blog-roll?